Mumbai– Instagram sensation Shobhita Rana, who shot to fame down South following a stint in Tamil and Telugu commercials, is all set to make her Bollywood debut in the film “Ram Rajya”. The film also marks the debut of actress Rakul Preet Singh’s brother, Aman Preet Singh and features television heartthrob Salman Shaikh.

Shobhita has been working in the Punjabi industry for a while now, and is known for her appearance in the 2014 Punjabi rom-com “Ishq Brandy”, and other projects such as “Cannada Di Flight” and “Gollu Aur Pappu”.

In Nitesh Rai’s “Ram Rajya”, she plays a pivotal role. The film talks of the need to create ‘Ram rajya’ (land of Ram), where there is no place for terrorism, hate, indiscipline and rationalism.

“The movie revolves around three central characters, and Shobhita is one of them. Owing to circumstances, she tries to end her life but her life takes a turn when she decides to fight against all odds and create ‘Ram Rajya’. Her character is someone who everyone can connect to,” claimed director Rai.

“We are trying to put out a very clear message with this movie. We want the youth of our country to learn from an early age about fraternity, brotherhood and religion, which will help them become good rulers and decisionmakers,” stated writer Shivanand Sinha.

Sara Ali Khan: I don’t look at myself as a star

Mumbai– Actress Sara Ali Khan doesnt think she grew up in a family of stars, and says she doesnt considers herself as a star.

“My parents are actors, but I don’t think I have been grown up in the family of stars. Father, for instance, has always been very particular about education and my mother is the flagbearer of humility. She so believes putting your head down and letting your work speak for yourself,” Sara said.

“I never had much exposure to Bollywood. I don’t really think I come from a family of stars. I don’t look at myself as a star,” added the daughter of actors Saif Ali Khan and Amrita Singh.

Looking back at her growing up years, she said: “I was a mischievous student in school who played pranks on everyone. One of the pranks I remember was dropping glue on the fan blades which spilled all over the class when switched on. I almost got suspended for this because my principal kept asking why I did this, and I had no answer to it.”

Asked about her equation with wife of Saif and actress Kareena Kapoor, Sara replied: “I admire Kareena Kapoor and her work. She’s a professional who always gives preference to work. Her style of working is something I would want to imbibe from her.”

Saiyami Kher on getting role of undercover agent right

Mumbai– Actress Saiyami Kher says she did in-depth research to get her role of an undercover agent in the espionage thriller “Special Ops” right. 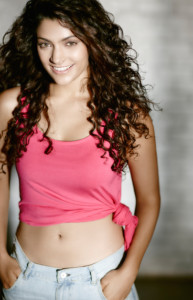 “To prepare for this role, I read a number of journals and tons of articles online about undercover agents and their lives. I also read a book called ‘Inside RAW’, which was absolutely great because it gave an incredible bird’s-eye view into the way the operations function without risking national security,” Saiyami said.

“It’s so interesting to learn their stories since they lead normal lives while they’re actually undercover agents. They are so well informed and have so much knowledge on various subjects, most of which we as regular individuals are completely unaware of,” she added.

Directed by Neeraj Pandey and Shivam Nair, the eight-episode Hotstar Specials spy action thriller series is based on the role of Indian intelligence in a series of real terror attacks that India faced over the last 19 years.

Mumbai– Actress Kriti Sanon has finished shooting for “Mimi”, the upcoming heroine-centric film where she essays a surrogate mother.

Kriti on Thursday took to Instagram and posted a lenghty note, thanking the crew and cast for making a “beautiful film”.

“#Mimi has been such an experience!! The most satisfying schedule ever with a super passionate and hardworking cast and crew!! It’s such a lovely feeling when everyone just wants to put in their best effort to make a beautiful film! #Mimi– this one’s too close to my heart,” she wrote.

After “Mimi”, Utekar is scheduled to reunite with Kriti and Kartik for “Luka Chuppi 2”.

Alia, Zoya Akhtar among celebs at premiere of Kiara’s film

Alia, along with sister Shaheen Bhatt and mother Soni Razdan, was there to show support to her childhood friend Akanksha Ranjan Kapoor.

The film’s director Ruchi Narain, and producer and CEO of Dharma Productions Apoorva Mehta, were also spotted at the event.

“Guilty” is written by Narain, Kanika Dhillon and Atika Chohan. The film follows the story of a songwriter whose boyfriend is accused of rape. (IANS)