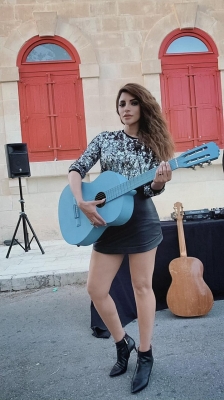 ‘Majnu Remix’ has been shot in various locales in Malta. It’s a Mika Singh dance number.

Shama shares: “I wanted to make it look comfortable while holding the guitar and understand the guitar and look of the character in the situation of the song. I did not have much time to really learn it though I would love to someday. But at least I needed to understand how to feel and hold the instrument. I am very excited to bring this song to everyone.”

Shama, who was also seen in Aamir Khan-starrer ‘Mann’, adds further about the song and says: “It’s very groovy and it’s one of the most fun songs I’ve ever done. You can play it anywhere, at home, in public, or in the car. It’s my first collaboration with Mika. I am very excited about this one. I love music that is upbeat and gets me started to dance and groove and this definitely is right up there.”

Mumbai– Actor Ankur Bhatia, who recently wrapped the shoot for ‘Crackdown 2’, draws a comparison between his character’s actions in the first season and the ramifications that the actions lead to in the second season. 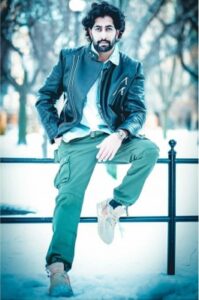 Talking about his character’s arc, Ankur says, “Season 1 was much like an introduction for my character Tariq but not a lot was shown about him. But in Season 2 Tariq comes out full-fledged and his actions in Season 1 have repercussions in Season 2 and that’s where all the thrill will happen.”

Sharing the process behind sketching the part, he adds, “I had to go through an intense amount of training in action. Saqib and I had to perform a hand to hand combat for a sequence which required training. This is an action-packed second instalment shot across beautiful locations. I had a blast shooting with my mentor Apoorva Lakhia.”

In addition to ‘Crackdown 2’, Ankur will be seen in Ali Abbas Zafar’s ‘Bloody Daddy’ along with Shahid Kapoor, this year.

Chennai– A post by actress Gayathrie Shankar, who has delivered commendable performances in critically acclaimed films like ‘Naduvula Konjam Pakkatha Kaanom’, wishing her mom a happy birthday is winning hearts on the Internet. 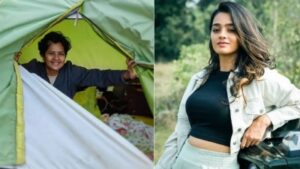 On Tuesday, actress Gayathrie took to Instagram to wish her mother a happy birthday.

Posting pictures of a trip she had recently undertaken with her family, she wrote, “A day before our trip, at the dinner table, I was reading the horoscope section of the newspaper. Amma said, there’s travel in store and some Aquarians might meet the love of their lives. Mom and I started pulling my dad’s leg over this, who was just smiling and shaking his head like he does everytime we start acting like kids.

“The most anticipated thing on the itinerary for mom was to see the cherry blossoms and for me, to see the living root bridge! By the end of it though, I think the best moment was having the waterfalls to ourselves and watching rainbows form where the waterfall hit the pool of water!

“Somewhere through the trip, a very pensive mom suddenly looks at me, holds my hand and says ‘I think I found the love of my life.’ Smiles and hold(s) my hand tighter!

Several actresses including Aishwarya Rajesh and Samyukta Hornad complimented actress Gayathrie for the manner in which she had wished her mom.

Mumbai– ‘Bade Achhe Lagte Hain 2’ actress Disha Parmar gets candid about the love of viewers for the show. She is seen playing the lead role of Priya Kapoor. 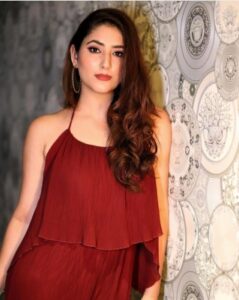 The story depicts how true love finds it way and becomes one of the important aspects of life.

As Disha says: “The viewers can’t get enough of #Ramya, which is overwhelming. Finally, Ram has confessed his love for Priya and it was as heartwarming as it gets. But what lies ahead will be an interesting turn and I hope viewers enjoy the development.”

The lead actors Disha Parmar and Nakul Mehta have vowed the audience with their performances as Priya and Ram.

“It’s been a treat for all the fans who have been constantly sending sweet messages sharing how much they love our equation and they had been waiting for this time for Ram and Priya to come together. I guess it’s all because of the viewers and their love so it’s definitely a return gift to them to finally see #Ramya together,” she adds.