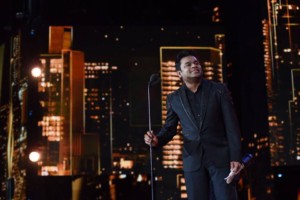 Shah Rukh on Wednesday evening shared a photograph with Dorsey. The two are seated in a yogic position with their eyes closed.

The “Dear Zindagi” star captioned the image: “Today Jack made me realise with his calm demeanour and composed, nearly meditative mindset ‘that all work and no pray, would make Jack a dull boy’. Thanks for dropping in and also team Twitter for a lively evening. Have a happy stay in India.”

Rahman posted an image of Dorsey and himself and wrote: “Had an inspiring meeting with Jack.”

The meeting between the Bollywood personalities and Dorsey took place after the Twitter official met Prime Minister Narendra Modi.

Dorsey on Monday met Congress President Rahul Gandi and also addressed students at the Indian Institute of Technology-Delhi where he spoke on several issues, including the spread of misinfomation on Twitter.

Mumbai– Actress Rasika Dugal says there’s hardly an acknowledgement of women as sexual beings in Hindi cinema and hopes for more nuanced characters for them in films.

“There is hardly ever an acknowledgement of women as sexual beings in our cinema. Women are either shown as objects of titillation or sympathy and I think we need to change that conversation and that gaze. I hope that with better writing and more sensitivity, we can have more nuanced and interesting roles for women,” Rasika said in a statement.

The 33-year-old actress will soon be seen in Amazon Prime’s original series “Mirzapur”, in which she plays the wife of Kaleen Bhaiya, essayed by Pankaj Tripathi. Rasika plays his wife Beena, a sexually liberated woman stuck in a marriage of dissatisfaction.

The series also stars Ali Fazal and Shweta Tripathi. Ritesh Sidhwani and Farhan serve as the executive producers of the Amazon Prime Video project, created by Karan Anshuman and Puneet Krishna and directed by Gurmmeet Singh.

She will also be seen in an upcoming movie titled “Hamid” directed by Aijaz Khan. Rasika will be seen playing a widow and a mother to a young boy in movie, set against the backdrop of Kashmir.

Mumbai– Actor Ali Fazal, who underwent physique change to suit a gangster’s look in “Mirzapur”, says the key to positive results is consistency.

Ali bulked up to look his part of a tough gangster in web series “Mirzapur”. Later, he toned down by shedding 10 kg for his role in “Milan Talkies” for his look of a boy-next-door.

“It took some patience and a lot of eating. The key to any kind of results is consistency. Topped with some manic-ness. I really thank the ‘Mirzapur’ team to have been so supportive of my routines and all the effort put in. It was all a team work. I could not have done without everyone, especially my trainer and my dietician,” Ali said in a statement.

“Mirzapur” is based on an imaginary lawless land where ammunition and crime take the centrestage.

Mumbai– Megastar Amitabh Bachchan wrote a personalised note to veteran actress Neena Gupta after watching her latest entertainer “Badhaai Ho” as he was highly impressed by her performance in the film.

Neena, who essays the role of a 50-year-old expecting mother in the film, took to Instagram to share a snapshot the letter. She captioned it: “Aapse ye patr aur pushp paake ankhen khushi se bhar aain. Thank you so much, Amitabh Bachchan sir. (Got tears in my eyes after receiving this letter and flowers from you. Thank you Amitabh Bachchan sir.”

In the letter, Big B, 76, praised the film and the acting by the entire cast. He said he got tears of joy after watching it.

“Badhaai Ho”, which also stars Gajraj Rao, Ayushmann Khurrana and Sanya Malhotra, is based on the story of an elderly couple who are expecting their third child.

As of November 5, the film had crossed the Rs 100 crore mark at the box office.

Mumbai– Bollywood’s dancing diva Madhuri Dixit Nene will take Bollywood fans on a nostalgic trip as she pays tribute to her contemporary of the 1980s, the late Sridevi, at the third edition of Lux Golden Rose Awards. 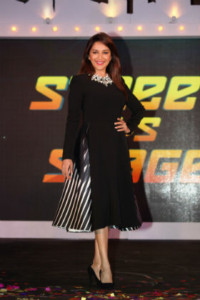 This year’s event, to be held on Sunday, has extended its support to the UN’s HeForShe cause and will see Bollywood’s stalwarts lend their support for the initiative, where the men pledge to stand in solidarity with women and face gender inequality together.

Madhuri will dance on superhit tracks of veterans Hema Malini and Rekha, but the highlight of the performance is scheduled to be a heartfelt tribute to Sridevi, a statement said.

“When I was approached to do this performance, it left me both overwhelmed and excited. Given that the Awards are supporting the HeforShe movement, I thought it was also time for the women, especially in Bollywood, to celebrate each other and express solidarity with each other.

“The Lux legends are truly iconic and inspirational, and my performance is purely to take fans down memory lane while reveling and celebrating their magic,” Madhuri said.

Sridevi’s daughter Janhvi Kapoor and her “Dhadak” co-star Ishaan Khatter will put on an act inspired by their film at the event, to be co-hosted by Shah Rukh Khan and Varun Dhawan.

Kajol, Ajay to go on ‘Koffee’ date with KJo

Mumbai– Bollywood couple Kajol and Ajay Devgn will be joining filmmaker Karan Johar for a conversation on his popular chat show “Koffee with Karan”.

They will appear together in an episode of the ongoing sixth season of the show.

“Koffee today with the talented husband wife,” Karan posted with the image.

Kajol and Karan had a fallout sometime back, but they have reconciled. And Kajol gave this message through her Twitter post.

“All is well,” she posted with an image from the shoot.

His chat show is hugely popular as he gets his celebrity friends and fraternity members to open up about their lives in an up, close and personal way. The show is aired on Star World. (IANS)