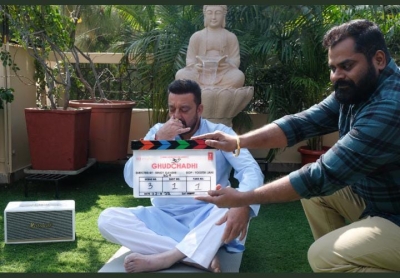 Mumbai– Bollywood superstar Sanjay Dutt took to social media to announce his next movie — ‘Ghudchadhi’ — that went on floors on Tuesday.

Dutt posted a picture on Twitter which shows him practising yoga in a garden. In the tweet, Dutt tagged Balu Munnangi, an astrologer, from whom Bollywood celebs like Karan Johar, Ajay Devgn and Dutt himself seek advice.

“Thank you @balu_munnangi for bringing your energy to this new beginning. Appreciate your presence,” Dutt wrote.

Besides ‘Ghudchadhi’, which is being directed by Binoy Gandhi, the actor will also be seen as ‘Adheera’ in Yash starrer ‘KGF Chapter 2’ slated to release on April 14.

He also has ‘Shamshera’ and ‘Toolsidas Junior’ in the pipeline. 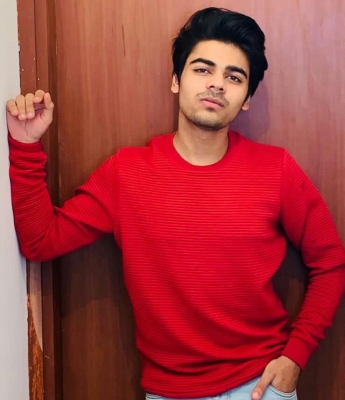 He says: “As an actor I’m always open to essaying different characters that are challenging and promising, be it a positive or a negative role. But personally I really enjoy portraying comedy roles in the show. I want to make my audience laugh and overcome their stress while watching me. I want them to fall in love with my on screen character.”

“In ‘Rudrakaal’, I essayed a romantic character Vivek. I really enjoyed it. As I’m all inspired by Bollywood star Shah Rukh Khan, who is the romantic king of our entertainment industry. It was really a memorable experience.”

Mumbai– Action star Tiger Shroff is on cloud nine after getting to collaborate with the ‘Khiladi’ of Bollywood, Akshay Kumar on the sequel of ‘Bade Miya and Chote Miya’.

The ‘War’ actor has been a big fan of Akshay Kumar and the project gave him the opportunity to work with the one whom he has admired for a long time. 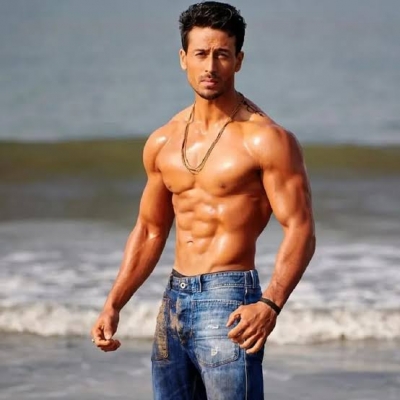 Sharing his excitement, Tiger said, “I am so excited to work on this project which gives me a chance to work with the original action hero/the khiladi – Akshay Sir! My father always tells me to follow his example and I know I have been his fan for as long as I can remember.”

He also praised his friend and producer Jackky Bhagnani, “This project is also extra special because I get to work again with my brother, one of my most favourite people in the industry, Jackky Bhagnani. I am excited to partner with him yet again to push the boundaries of what he has envisioned.”

Recollecting how the film found its inception, he said, “I remember it all started in London when I was shooting for a film and Jackky happened to be there as well shooting for one of his films and he had invited me over. While discussing event films, he brought up the idea of a two-hero film – the kind of films we have all loved while growing up.”

“He said, ‘why don’t we make the biggest action entertainer ever!’ How could I have not jumped at this. He just thought of it and things manifested from there and it happened,” the actor concluded. 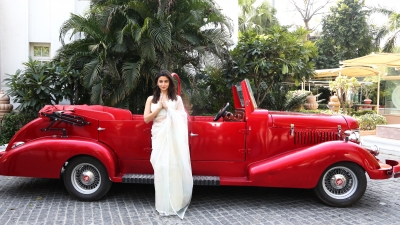 Alia made heads turn on Tuesday as she was seen promoting the Sanjay Leela Bhansali’s upcoming film on Tuesday. Dressed in mesh white saree, the actress was clicked posing for the shutterbugs next to a bright red vintage car.

The 28-year-old also did a signature ‘namaste’ pose from the film for the cameras. She completed her look with nude make-up, orange lips and a small bindi.

‘Gangubai Kathiawadi’ tells the tale a young girl named Ganga who becomes Gangubai, a madame in the red light area of Kamathipura. It is loosely based on the true story of Gangubai Harjivandas, popularly known as Gangubai Kothewali, whose life was documented in the book ‘Mafia Queens of Mumbai’ written by S. Hussain Zaidi.

The film is scheduled to release on February 25.

Pooja Hegde: Experimenting with different ensembles is exciting for me

Mumbai– Pooja Hedge, whose song ‘Arabic Kuthu’ from the film ‘Beast’ took the Internet by storm, has talked about sporting a look she has never carried before for the number. 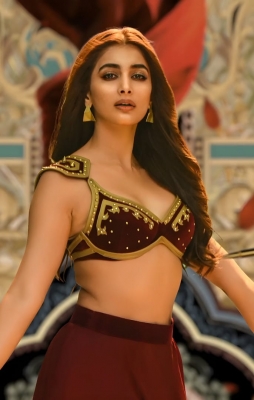 The actress says experimenting with different ensembles is exciting for her.

The song is composed by Anirudh, written by Sivakarthikeyan and sung by Jonita Gandhi and Anirudh in Tamil. Striking us as an Egyptian goddess, Pooja sports kohled eyes, wavy hair, metallic elements on her attire, graceful moves and her signature golden smile in the song.

The Arabic theme of her ensemble not only reflected in her exotic white and wine coloured outfit but also in the delicate way her jewellery was accessorised.

Elated at the response to the song, Pooja says, “I was so thrilled to shoot a song that styled me in exotic Arabic looks. Experimenting with different ensembles is exciting for me. The choreography of the song is super groovy and I’m happy that viewers have loved it. It’s great to have so many viewers react to the song.”

‘Beast’ is an upcoming black comedy action-thriller film written and directed by Nelson Dilipkumar and produced by Sun Pictures.

Pooja Hegde is gearing for her upcoming movies like ‘Radhe Shyam’ opposite Prabhas, Salman Khan’s ‘Bhaijaan’, ‘Cirkus’ opposite Ranveer Singh, ‘Acharya’ with Chiranjeevi and Ram Charan, and ‘SSMB28’ opposite Mahesh Babu.

Sharvari: Hope I get to dance next to Madhuri Dixit some day

Mumbai– Actress Sharvari has just started taking Kathak lessons and she credits her on-screen icon and ‘twinkle toes’ Madhuri Dixit for inspiring her to learn the dance form. 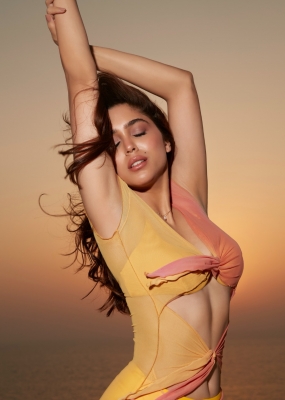 She added: ‘But every time I would see Ma’am’s songs or even snippets on Instagram or dance shows, I would google kathak teachers to start learning. She’s been my idol and I hope I get to dance next to her someday! It would be an honour.”

Madhuri and Sharvari hail from Maharashtra, and Sharvari has always been a fan of the superstar who ruled the silver screen in the late 1980s and all of 1990s.

Sharvari says, “I think as an actor you keep playing so many different roles that at the end of the day you don’t know whats going to come to help. But, of course, learning a different dance form will never go out of hand. It will bring grace; it brings rhythm in your body.”

She adds, “For me, Kathak actually stems from my love for Madhuri Dixit. Somewhere I want to learn it because I’ve seen her perform so well! So, it is something I am just trying to do because I love her so much and from that I am trying to pick it up and learn it on my own.” (IANS)