Mumbai– Actress Katrina Kaif is the owner of a new luxury car Range Rover, which was reportedly gifted by her former boyfriend and superstar Salman Khan.

According to gulte.com, sources said Salman recently purchased four Range Rover cars – among which he gifted one to Katrina and remaining for others in his family.

The image of her new car was posted by a Mumbai-based paparazzi, comparing the actress’ old car and the latest Range Rover.

But mid-day.com reported that Katrina, a “car enthusiast”, has bought herself a Range Rover after owning an Audi.

On the work front, Katrina will be next seen alongside Salman in Ali Abbas Zafar’s directorial “Bharat”.

Mumbai– Actress-producer Madhuri Dixit Nene and her husband Shriram Nene have adopted an abandoned puppy rescued by People for the Ethical Treatment of Animals (PETA) India.

The puppy was adopted on their son Arin’s birthday on March 17.

“Abandoning a companion dog or cat is the cruellest thing to do. I’m happy we will be able to give this pup a new lease of life,” Madhuri said in a statement.

This is not the first time that Madhuri and her family have given a home to a dog in need. Their dog Riya, who passed away, was also adopted.

Los Angeles– Indian actress Priyanka Chopra Jonas says she is a terrible wife as she does not know how to cook.

Priyanka made an appearance on ABC’s chat show “The View”, where she spoke about tying the knot with American pop-singer Nick Jonas, her featuring in his music video “Sucker” and about her marriage.

“I cant cook. I told him that when he proposed… I said listen ‘you are from a good Southern home, you are used to your mom making amazing food (but) you are not marrying that (type of) girl. I can’t cook,” Priyanka said in the show.

The 36-year-old actress confessed that the only thing she knows how to make is eggs.

“I am terrible wife in that sense. But the most amazing thing is that, when I told him ‘Babe I cannot cook…’ he said: ‘it’s alright babe, neither can I.'”

Talking about marriage, she said: “Marriage feels so different, it’s like the family you choose.”

Priyanka also discussed about featuring in Jonas brothers’s latest single “Sucker”. It also stars Kevin and his spouse Danielle, as well as Joe and his fiancee and “Game Of Thrones” star Sophie Turner in the over three-minute video.

“It was just a dinner table conversation where we were just talking about video girls and who should be in the video… The boys looked around the table and looked at us,” she said.

Mumbai– Actress Parineeti Chopra, who will next be seen in “Bhuj: The Pride Of India”, has called the upcoming film the “most special true story ever”.

Parineeti on Wednesday tweeted: “The most special true story ever.”

The “Kesari” actress added that she is excited about the film.

Directed and written by Abhishek Dudhaiya, the film is based on real life events during Indo-Pak war of 1971.

T-Series’ head honcho Bhushan Kumar, who is co-producing the movie, welcomed the entire cast on board.

Earlier this week, Ajay had said that he will play Indian Air Force wing commander Vijay Karnik in an upcoming film.

Mumbai– Actor Anil Kapoor is happy with the successful run of his film “Total Dhamaal” at the box office, and says getting commercial success is important.

“Any and all success is important. It also means that the film has managed to entertain huge numbers of people. That’s more gratifying to me me (is commercial success),” Anil told IANS.

The actor, who started the year on a hit note with “Ek Ladki Ko Dekha Toh Aisa Laga”, explained his process of finalising a project.

“If I feel I can give my whole heart to the project, then I go with it,” he said.

Anil is thrilled about “Total Dhamaal” earning over Rs 150 crore in India. Helmed by Indra Kumar, the film is the third instalment of the successful franchise “Dhamaal”, which originally starred Arshad Warsi, Jaaved Jaaferi and Riteish Deshmukh alongside Sanjay Dutt.

New Delhi– Ahead of the release of his film “Kesari”, actor Akshay Kumar visited a BSF camp and performed a mock fight with a woman officer here.

Akshay on Tuesday took to Instagram and shared a video in which he can be seen engaged in a mock fight with a woman officer.

The actor started the fight with some clever tricks but was quickly pinned to the ground by the officer.

Akshay also posted a video in which he can be seen performing fake kickboxing with another woman officer.

“Always treat to meet the jawans from BSF India. Their training, passion and enthusiasm is top-notch, always a learning experience,” Akshay captioned the video.

Dudhaiya is working with Sonakshi for his upcoming film “Bhuj” — based on real life events during India-Pakistan war of 1971.

In the film, actor Ajay Devgn will be seen playing Indian Air Force pilot Vijay Karnik, while Sonakshi will essay the character of Sunderben Jetha Madharparya, who is a social worker and a farmer women, who convinced 299 other women from Madhapur to help build a runway.

Big B is always extra sweet towards me: Ranbir

Mumbai– Actor Ranbir Kapoor says his “Brahmastra” co-star Amitabh Bachchan is always extra sweet towards him because he treats him like family. 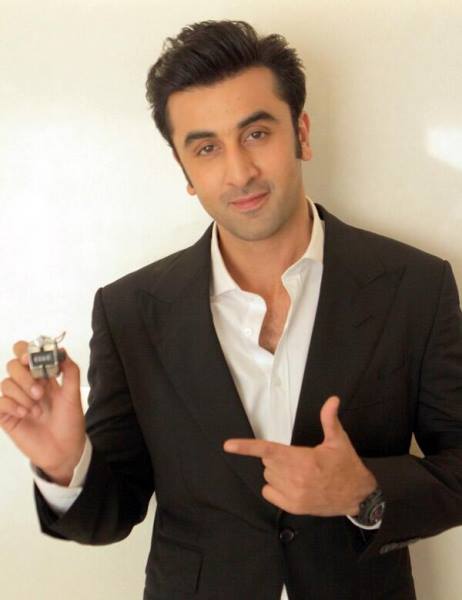 Amitabh has collaborated with Ranbir for the first time. The cine icon recently praised Ranbir in an interview by saying that “His face is God’s blessing. He doesn’t seem to make any effort to convey emotions whereas I’ve to constantly struggle to express myself and ask the director to help me.”

Reacting to it, Ranbir said: “I think I can’t get bigger compliment than that. Of course, you feel great. Bachchan saab is like family to me so, I always feel that he is being extra sweet because he treats (me) like family.”

The son of actor Rishi Kapoor was interacting with the media at the Zee Cine Awards 2019 here on Tuesday.

The audience is eagerly waiting for the release of “Brahmastra”, co-starring Alia Bhatt. (IANS)