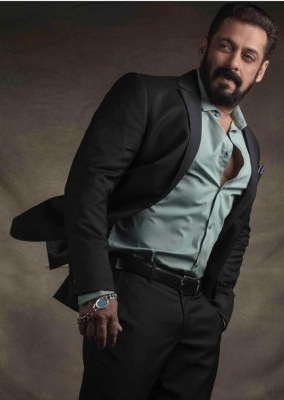 In ‘Kabhi Eid Kabhi Diwali’, Salman will be presented in a completely new avatar. The look is currently being decided upon.

It also stars Pooja Hegde. She is playing a traditional small-town girl opposite Salman’s character.

Anil Kapoor: Had fun playing with my ‘Malang’ character

Mumbai– As his film ‘Malang’ completed two years since its release, actor Anil Kapoor has opened up about playing a flamboyant police officer. 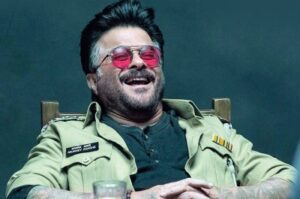 There’s a certain charm that Anil Kapoor adds to any project that he becomes a part of and ‘Malang’ is a perfect example of the same. The action drama, released two years ago, became a hit.

While speaking about the same, Anil said, “The Malang set was beaming with infectious, young energy and you could see the same on the screen.”

He added: “I had fun playing with my character because it was very well written. It was such a great experience collaborating with the team.” 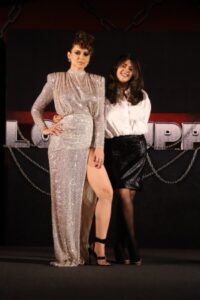 During the launch event, both have an interesting conversation in which they dare each other to bring out the concept of this show and make it clear to the viewers how the contestants will have to face daring tasks.

Kangana said: “I have faced so many FIRs and summons and have visited the cops so many times in the recent past, tell me Ekta, what would you do to meet the cops at the station?”

In turn, Ekta gave a dare to Kangana and asked her if she being the host of the show would reveal any of her secrets on the show? To which, Kangana said that she would reveal a few in the very first episode of the show.

There will be 16 celebrities on the show whose names will be announced officially soon. These contestants will be locked up inside the jail and there will also be a concept of bail in the reality show.

‘Lock Upp’ will be streaming from February 27 on ALTBalaji and MX Player.

Chennai– A post, spreading positivity and compassion, put out by actress Sanusha Santhosh seems to be winning the hearts of her followers on Instagram. 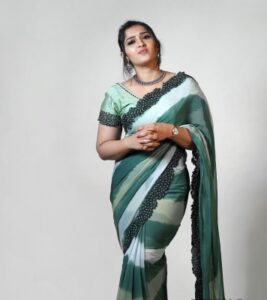 The actress, who has delivered impressive performances in Tamil films like ‘Renigunta’ and ‘Kodiveeran’, recently wrote, “If anyone hasn’t told you today. Dear, I am proud of you. Keep going… It is going to be okay & you will enjoy the best days of your life. Just that, no one ever injured their eyesight by looking on the bright side !! Heal beautifully and be the amazing self you are, in & out…”

In addition to this, the actress, who has also worked extensively in Malayalam, posted a few lines by Lana Rafaela.

“I think it’s brave that you keep on living even if you don’t know how to anymore.

“I think it’s brave that you push away the waves rolling in every day and you decide to fight.

“I know there are days when you feel like giving up but I thik it’s brave you never do.”

Mumbai– Actress Muskan Verma is all set to foray into OTT with ‘Inspector Avinash’. She plays an important role in the project featuring Randeep Hooda and Urvashi Rautela. 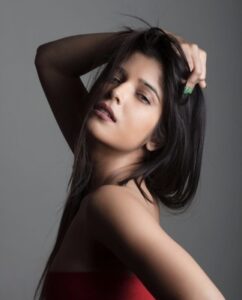 Excited about her new stint, the actress is hopeful to entertain the audience with her performance.

“OTT boom is here to stay and it is the future. I am fortunate to be working on a big project like this. Having talent is not enough as you also need the right opportunity to showcase it and ‘Inspector Avinash’ will do the same for me. I play a positive and an important role. My role will make a difference to the story”.

Muskan herself watches a lot of content on OTT. She likes the fact that the platform is global.

“I like action-packed stories. OTT is something that I can watch anytime anywhere and the choices in terms of content are excellent out there. My favourite is ‘Squid Game’ and ‘The Lion’,” she continues, “OTT has opened many doors for actors. Content is of a wide variety and one can watch OTT even while on the move. We can even watch content from all around the globe. It’s not just pan-India we are talking, making and watching global content.”

The pandemic reduced work opportunities, but thanks to OTT some things were able to function, according to the actor.

“The pandemic did affect the industry as film theatres were shut and because of pandemic projects were delayed, postponed and cancelled. But OTT shoots still happened outside Bombay. It was sheer luck that I got a breakthrough role during the pandemic. Since now things are back on track the entertainment industry is picking up its pace,” she adds. (IANS)