Ranveer Singh: As a creative person, I would like to believe that I have no limits

Mumbai– Bollywood star Ranveer Singh, who was most recently seen in cricket drama ’83’, refuses to be put in a box creatively.

The ‘Bajirao Mastani’ actor likes to be limitless and explore his craft in his constant pursuit for artistic excellence.

Ranveer reveals, “My constant endeavour is such that you cannot put me in a box. You can’t define me. I don’t wish to be defined because I feel defining something by its fundamental nature would be limiting me. As a creative person I would like to believe that I have no limits. That I the possibilities within my craft are limitless, that they be infinite.”

The actor adds that there’s no end to how many characters he could play for the screen, “There is no end to how much I can explore and how many different people I can become. I hope I continue that and if I keep doing the same thing, then I am stagnating. I should probably take a sabbatical, gather more life experiences, put more different characters into my jholi and then come back to work.”

Mumbai– Actress Aindrita Ray, who mainly works in Kannada films, is shooting for her next film ‘Cold’ with director Vikram Bhatt. Akshay Oberoi will be seen alongside Aindrita in this paranormal thriller. 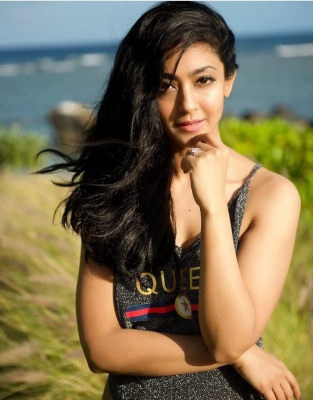 Aindrita says she has a great learning experience from Vikram Bhatt.

She says: “Learning from Vikram sir was the biggest takeaway for me. I have grown watching his films and I am a huge fan. We shot this film in a theatre mode where everything was staged like we do in the theatre. It’s high drama and high performance and I was stoked by the genre since a paranormal flick is absolutely new for me.”

The actress who was also seen in the web series ‘Sanak – Ek Junoon’ calls ‘Cold’ a spinechilling paranormal project and one that would be remembered for long.

“Vikram sir is a master and this is a home run for him. It has been very challenging to shoot this since a subject like this needs a lot of teamwork and especially during the Covid times and I can’t wait for the audience to watch this movie and enjoy it,” she adds.

Written by Mahesh Bhatt and directed by Vikram Bhatt, ‘Cold’ is scheduled for release in 2023.

‘Unproductive’ hours are the soul-shaping part of our lives: Priya Bhavani Shankar

Chennai– Actress Priya Bhavani Shankar, who is known to speak her mind, says that what one does, does not have to make sense always.

Taking to social media, the actress, who was last seen in the Tamil investigative thriller ‘Blood Money’, said, “Waste time…Go for rambling walks…Write those stupid poems…Meet your loved ones just because…Try a new recipe…

“Pray. Paint. Read that big old book. Our world is obsessed with productivity, but ‘unproductive’ hours are the soul-shaping parts of our lives. What you do DOES NOT have to make sense always.”

On the work front, the actress has her hands full.

This apart, the actress also has an untitled film with Jayam Ravi.

Ayushmann’s ‘An Action Hero’ to enter production this month

Mumbai– ‘An Action Hero’ starring Ayushmann Khurrana is all set to go on floors this month. The film directed by Anirudh Iyer, will see its schedule traversing boundaries and will be shot in the UK and India. 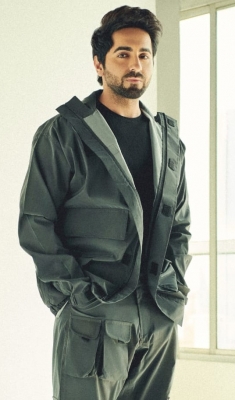 The film will mark Ayushmann’s first stint in the action genre and is also his first film to be shot in London.

The film, a joint production between T-Series and Colour Yellow Productions, follows the journey of an artiste, and boasts of slick action and edgy satire.

Talking about the movie, Bhushan Kumar, Chairman & Managing Director of T-Series says, “‘An Action Hero’ has a quirky and fresh storyline and who better than Ayushmann Khurrana could fit the role. We are enthralled to commence its shoot in London and can’t contain our excitement for audiences to witness this entertainment from Aanand L. Rai’s stable.”

Speaking about the movie going on floors in January, maverick storyteller Aanand L. Rai said, “We are excited about ‘An Action Hero’ finally going on the floors and seeing Ayushmann breathe life into the character. The movie is going to be an out-of-the-box entertaining story.”

Chennai– Actor Vishnu Vishal, who had tested positive for Covid, on Tuesday announced that he had finally recovered from it. 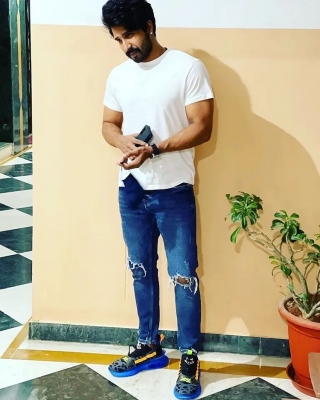 Taking to social media, the actor and producer said, “Finally out of Covid… Mine was #OMICRON (took a gene test).”

Dismissing suggestions that the Omicron variant of the Covid virus was mild, the actor said, “It was not mild at all,” and added that he had a really tough 10 days.

Stating that he was still experiencing fatigue, the Vishnu said, “Lot of tiredness still…Hope to get back on track real soon. Thank you for all the love. Looking forward to share lots of work developments with everyone.”

On the professional front, the actor has his hands full. He has ‘FIR’ and ‘Mohandass’ – two films that fans are eagerly waiting for. That apart, the actor had only recently announced that he was to launch his brother Rudra in films through his production house VV Studioz. (IANS)