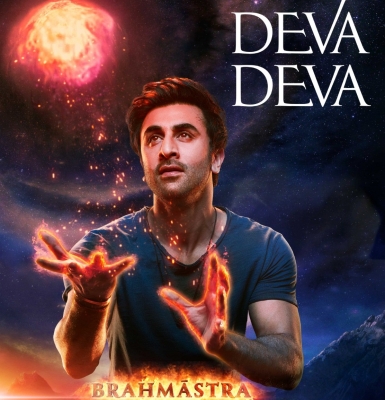 Mumbai– After receiving huge traction on social media and positive response to the ‘Kesariya’ song, the makers of the mythological-fantasy film ‘Brahmastra: Part One – Shiva’, released the second song from the album on Monday.

Titled ‘Deva Deva’, the song exudes spirituality and a distinctly upbeat rhythm. It has been sung by Arijit Singh and Jonita Gandhi. The song encapsulates the magical moment in the film where Shiva, played by Ranbir, finds the power within.

Talking about his experience of the song, the Bollywood star shared: “I thoroughly enjoyed the song, and could relate to it on so many levels personally. Pritam Da, Arijit, Amitabh, and Ayan have put in a lot of effort to create this masterpiece. The song makes one feel spiritually powerful with a rare ease, and I hope everyone feels and enjoys it as much as I did.”

The lyrics of the song have a unique blend of love and devotion as Shiva, the protagonist discovers his abilities of fire. The song is pivotal to Shiva’s character development in the film and does absolute justice to the concept of ‘Love, Light and Fire’.

Sharing his experience of recording the song, playback singer Arijit said in a statement: “It has been an absolute pleasure to voice ‘Deva Deva’. The song emanates an impeccable, positive energy that will certainly resonate with everyone. I’m really excited about it. I hope the audience enjoys it to the fullest.”

The song has been composed by Pritam Chakraborty with lyrics penned by Amitabh Bhattacharya. The two powerhouse artistes have collaborated earlier at a number of occasions and have delivered steady hits; case in point, ‘Dangal’, ‘Kalank’ and ‘Jagga Jasoos’.

Sharing his experience on composing the track, Pritam said: “‘Brahmastra’s’ album has made me think aloud in terms of bringing in spiritual elements within a song. With ‘Deva Deva’, we have modernised the music, while keeping classical and devotional elements prominently. This spiritual song gives an otherworldly experience, and it was honestly enlightening to create it. I hope it’s a treat for everyone.”

The song is available to stream on YouTube and across all audio streaming platforms.

Vicky Kaushal: Lot to take back from the life of Sam Manekshaw

Mumbai– Bollywood actor Vicky Kaushal, who flagged off the shoot of his film ‘SamBahadur’ along with its team on Monday, feels that there’s is a lot to take back for him from the titular role of India’s greatest war hero and first Field Marshal, Sam Manekshaw. 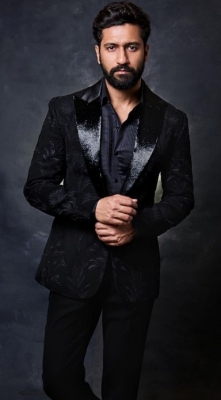 Sam Manekshaw’s Army career spanned over four decades and five wars. He was the first Indian Army officer to be promoted to the rank of Field Marshal and his military victory in the 1971 war that led to the creation of Bangladesh.

Commenting on the occasion of commencing the film’s shoot, Vicky, who will essay the titular role, said: “I am fortunate to portray the role of a real life hero and patriot who is still remembered and loved for his contributions to our country.

“There is a lot to learn and take back as an actor. With the amount of prep and hard work the whole team has put in. I am sure the audiences will be thrilled to watch Sam’s mesmerising journey to make India what it is today.”

The makers of the film, released an exclusive video on Monday featuring glimpses of Vicky as Sam Bahadur along with his co-stars, Sanya Malhotra and Fatima Sana Shaikh.

This video highlights the dedication to bring the character alive, from Vicky’s amazing transformation as Sam Bahadur and their table read sessions, to Meghna Gulzar and her team enthusiastically reimagining the realistic portrayal of characters through their reading sessions and preparation for shoot.

Excited to embark on this journey, director Meghna Gulzar said: “Finally, after years of extensive research, writing, brainstorming and rigorousA preparation, ‘SamBahadur’ has finally gone on floors. It is tremendously fulfilling to be on set and have the opportunity to tell the story of Sam Manekshaw’s inspiring life. A life of bravery, courage, determination and righteousness. They don’t make men like him anymore!”

For Fatima, “it’s a huge honour to be a part of such an inspiring story of one of the greatest war heroes of our nation”.

She hopes that those who haven’t heard of Sam Manekshaw will remember him forever once they watch ‘Sam Bahadur’.

Directed by Meghna Gulzar and produced by Ronnie Screwvala, the film is slated to hit the theatres in 2023.

Shefali Shah overwhelmed by the love she’s got for ‘Darlings’

Mumbai– Shefali Shah has impressed viewers with her performance in the Alia Bhatt-led dark comedy drama film ‘Darlings’ and critics have praised her for the way she has essayed her character Shamshunissa. 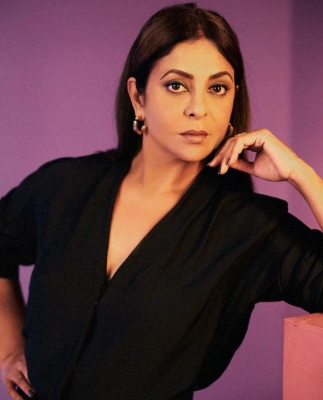 Coming after her performances in ‘Jalsa’ and ‘Human’, which have ensured she’s alway in the public eye, Shefali has shown yet another facet of her impressive repertoire of skills.

Responding to the praise, and sounding overwhelmed, Shefali said: “The response ‘Darlings’ has got from the audience is overwhelming, exhilarating, and inspiring to say the least. It’s a big cheer-up to the entire team for the impeccable dedication they have put into it.”

She added: “Personally for me, 2022 has been an amazing and creatively satisfying year so far, as I got to work on some of the most stimulating stories and movies. With such great stories, each piece of content this year has made me want to work 10x more. I am so happy that the audience is embracing such diverse content and showering me with so much love.”

Up ahead, Shefali will be seen reprising her role as DCP Vartika Chaturvedi in ‘Delhi Crime 2’, in hot pursuit of the ‘kaccha-banian’ gang of serial killers, and in Anubhuti Kashyap’s campus comedy ‘Doctor G’ with Ayushmann Khurana and Rakul Preet Singh.

Mumbai– Actress Amala Paul will be seen in the upcoming Tamil investigative venture ‘Cadaver’, where she will be seen playing a police surgeon. She says the voice of the story is intense and it demands a more consistent and serious approach to the role. 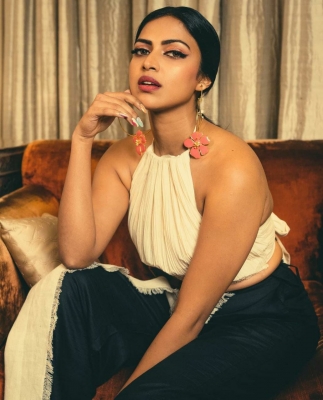 The Hindi version of the trailer was released by Boman Irani whereas the Tamil version was rolled out by superstar Mohanlal and Anirudh which received equally amazing responses.

On playing an investigative narration, she said: “Cadaver is the most interesting character I have played so far. The voice of the story is intense and it demands a more consistent and serious approach to the role. I was so surprised by the trailer; you never really get to understand the work you have put in unless you see it out there.”

“The reaction to the trailer was really unexpected. It received so much love from our fans. The comments coming from all the fans on the movie were really fulfilling. Their appreciation really pushes me to do better and work better and diverse characters.”

‘Cadaver’ is produced by Amala Paul herself and is directed by Anoop S. Panicker. The film stars Amala, Harish Uthaman, Munishkanth, and Athulya Ravi, and will be streaming from August 12 on Disney+ Hotstar. (IANS)