COVID-19 effect: Priyanka calls it ‘insane’ on Day 8 of isloation

Mumbai– Actress Priyanka Chopra Jonas and her pop star husband Nick Jonas have been in self-isolation for eight days now. She has now shared a video on how they are dealing with the situation during this phase of inactivity, which she describes as “insane”.

“I hope you are all safe out there. I just wanted to come in and say hello! This is such an insane time and all of our lives have been completely turned upside down. It feels like something out of a movie but it is not. Nick and I have been home for the last week and this is day 8 of self-isolation for us. We have always had such crazy schedules and had so many people around us all day, and all of a sudden this being our reality it just feels crazy. I am sure all of you feel the same way,” Priyanka said in the video.

She also left the mandatory message for fans to observe precautionary measures. “We are taking all recommended precautions right now, we are safe, we are healthy, we are practicing social distancing,” she said.

Priyanka, who is also a UNICEF global ambassador, also asked people to stock up on “love, gratitude, kindness, compassion, joy” under the given circumstances.

Mumbai– Actress Katrina Kaif is catching up with her passion for music at home, now that the complete shutdown on Bollywood shoots owing to the coronavirus pandemic has forced her to go into self-isolation.

Katrina has posted a video where she is seen strumming the guitar and humming a few notes. While fans would have loved to know what she sings and plays, the problem is her video has no sound!

The ‘glitch’, though, would seem deliberate, going by Katrina’s caption with the video, where she also left a cryptic reference to music supervisor Ankur Tiwari.

Tiwari, it may be recalled, shot to fame supervising the soundtrack of “Gully Boy” last year.

The forced isolation due to the COVID-19 outbreak is seeing Bollywood stars getting ample time to pursue their favourite activities. While Salman Khan has been painting, Ayushmann Khurrana has taken to shayari. Some like Jacqueline Fernandez are practicing yoga while others like Sidharth Malhotra are catching up on reading.

Nushrat Bharucha on working with Rajkummar Rao after a decade

Mumbai– Dibakar Banerjee’s cult film “Love Sex Aur Dhokha” was released 10 years ago on this date and Nushrat Bharucha, who had a prominent role in the film, feels deep gratitude for having worked in the film. 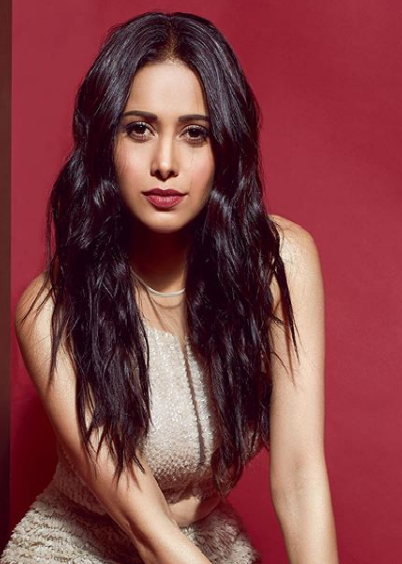 Nushrat, who had worked in Bollywood films such as “Jai Santoshi Maa” (2006) and “Kal Kisne Dekha” (2009) before getting her big break in Banerjee’s film, said: ” ‘Love Sex Aur Dhoka’ completed 10 years today… it’s a nostalgic moment for me. I clearly remember how I faced camera for the first time in that film. From then to now.. the journey has been amazing. The film played a big role in bringing me right here. It is one hell of the memorable rides,” she said.

The film also marked the Bollywood debut of Rajkummar Rao in an interesting role. Now, after a gap of 10 years, Rajkummar and Nushrat are all set to share screen space again in the upcoming “Chhalaang”.

“It feels great to work with Raj again and that too after a decade. I share a very good relationship with him. I hope audience like our performances in ‘Chhalaang’,” she added.

Rajkummar: Always endeavoured to be part of inspiring cinema

Mumbai– Acclaimed actor Rajkummar Rao, who has completed a decade in the Hindi film industry, says it has always been his endeavour to be part of inspiring cinema.

Rajkummar made his Bollywood debut with filmmaker Dibakar Banerjee’s “Love Sex Aur Dhokha”. He was then seen in films like “Kai Po Che!”, “Shahid”, “Queen”, “CityLights”, “Aligarh” and “Trapped”. The actor was last seen on screen in “Judgementall Hai Kya”

About clocking ten years, Rajkummar said: “I am glad that in the course of my decade-long journey, I had the honour of working with some of the best minds in the Hindi film industry. It had always been my endeavour to be part of inspiring cinema.”

The 35-year-old star said that he is “very happy that for ten years filmmakers trusted me with their vision and placed their bets on my humble talents. I cannot thank them and the viewers enough.”

Now, Rajkummar has an exciting slate of work coming up.

Big B clarifies ‘Home Quarantined’ stamped hand not his

Mumbai– The photograph of a hand stamped ‘Home Quarantined’, which Amitabh Bachchan had tweeted, is not his hand, the actor has now clarified.

Big B had tweeted the photo early on Wednesday and captioned it: “Stamping started on hands with voter ink, in Mumbai .. keep safe , be cautious , remain isolated if detected .”

Fans immediately speculated it to be his own hand. Media reports also claimed the same.

The veteran actor took to his blog to clear the confusion about the photo and stated that the hand in the photograph is not his.

He wrote in his blog: “So the ‘hand’ of indelible ink, that found its way on my social media became Breaking news on the Tv channels the entire day .. and concerned friends called in to give me courage and hope and determined to send me the good health bulletins each hour.”

He added: “I am well .. the hand picture is of someone else .. I was merely trying to inform all that the technology is working to safe guard those quarantined to stay at home and if someone were to encounter any one with the ink mark, to tell them to isolate themselves .. it is not my hand neither is it a deliberate effort to bring malign .. its just that media needs fodder .. else it dies.” (IANS)