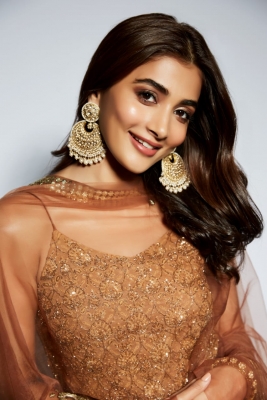 Pooja Hegde set to have five releases in 2022

Mumbai– Actress Pooja Hegde, who dabbles in different film industries, will have a busy 2022 as she has five films lined up for release.

Her upcoming films for this year include Vijay Thalapathy’s ‘Beast’, ‘Cirkus’ opposite Ranveer Singh, ‘Acharya’ with Chiranjeevi and Ram Charan, ‘Radhe Shyam’ opposite Prabhas and a yet-untitled film opposite Mahesh Babu.

Thrilled about launching into a happening year, Pooja shares, “Despite the challenges, last year has been so giving and inspiring for me. All the love that ‘Most Eligible Bachelor’ got in theatres was overwhelming. It made me feel like a newcomer.”

Her goal for 2022 is to work with people with a knack for brilliant storytelling, “As for 2022, I’m more determined to jam with brilliant minds and give the audience cinema that is worth remembering. I want to explore spaces of my craft that excite the audience, makers and me.”

‘Outsider who broke down barriers’: ‘Vanity Fair’ puts Priyanka on its cover

New York– Priyanka Chopra has achieved what every star anywhere in the world aspires for — to be on the cover of ‘Vanity Fair’. She’s on the cover of the February 2022 edition of the magazine celebrated internationally as much for its in-depth articles as for its cutting-edge photography. 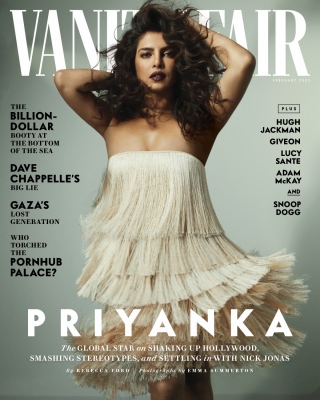 Unveiling the cover, ‘Vanity Fair’ tweeted: “After a journey into ‘The Matrix’, the actor enters 2022 with her cup overflowing –reflecting on her storied Hindi film industry career, marriage, and creating a path for herself in Hollywood.” Looking artfully messy, a sultry Priyanka appears on the cover in an off-shoulder, off-white ruffled dress from Fendi.

The magazine, previously edited by celebrity journalists such as Tina Brown and Graydon Carter (who’s played by Jeff Bridges in the film ‘How to Lose Friends and Alienate People’), is now helmed by Radhika Jones, an Indian American.

Describing her as “a driven woman who has transcended what’s previously been possible for an Indian actor in Hollywood,” the ‘Vanity Fair’ cover story goes on to say: “She is an outsider who broke down barriers and built a place for herself within the walls of Hollywood. Now she’s on a mission to welcome others in.”

Mumbai– Actor-producer Jackky Bhagnani asserts that the medium of cinema is here to stay. Taking a cue from history, he opines that it takes at least 2 to 4 years for things to get back to normal after a pandemic strikes. 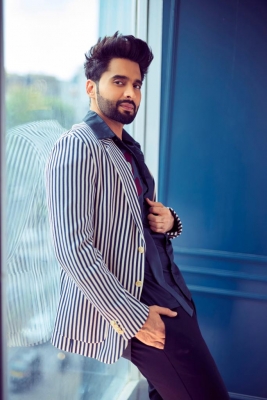 Of course, a pandemic expedites and triggers evolution but it doesn’t necessarily mean that theatres will shut down completely.

Sharing his thoughts on the subject of cinemas in the era of pandemic, he says, “History proves that once a pandemic hits, it takes 2-4 years for things to normalise, to see the socio-economic upturn. Until such time, we have to learn to co-exist with Covid-19, which I think all industries are trying to do.”

He continues, “As far as theatres are concerned, theatres were, are and always will be an integral part of the society’s ecosystem. I definitely don’t see it going away anywhere, just that the consumption patterns will evolve. I foresee a clear divide on the kind of content people will want to watch on the big screens vs what they will like to consume on their devices at home. Both mediums will happily co-exist and thrive.”

He adds, “Being a massive film buff myself and having seen pretty much all aspects of filmmaking, I can say for sure that nothing can replace the immersive cinema experience and the joy & thrill that it brings along with it. So yes, movies get made – while some will be designed especially for home screens and some for the bigger ones.”

Mumbai– Actress Veronica Vanij shoots for her upcoming film ‘Dreamy Singh’ starring Ashmit Patel along with her. Veronica is super excited as she plays a journalist. 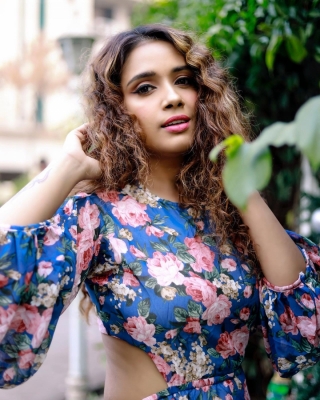 The film is currently being shot in the beautiful locales of Haridwar.

Veronica, who has done several web series like ‘Smartphone’ and ‘Jo Hukum Mere Aaka’, says: “This was a super exciting project and I did not wait for a second to say a yes to the project. The script is always the king for me and I truly believe that the magic is in the writing. I am super excited to see the audience’s reaction to the various dimensions of the characters in the movie. I love the winters and shooting in Haridwar at peak winters has a different high.”

She shares further: “I am having a gala time here. It’s been a difficult time with the pandemic and we are again seeing a surge in the cases. Let’s stay safe and try to keep indoors as much and stick to protocols. Love to all. Can’t wait to bring Dreamy Singh to you all.”

Hyderabad– Rashmika Mandanna, lead actress of ‘Pushpa: The Rise’, is overwhelmed by the positive response garnered by the surprise blockbuster of 2021. 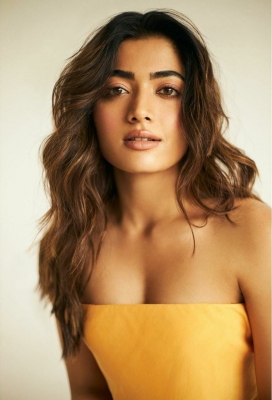 “I’m really grateful that all the hard work that the cast and crew had put in the film, is finally being seen and appreciated by viewers all across. There’s so much love and positivity that the audience has showered upon the film, its characters, and the story, which is super encouraging”.

Rashmika is also very happy to see the film, being appreciated by audiences from different regions of the country. Adding to this she says “The humongous applause that the film has received, only shows us that the culture and language barriers are now blurring and fading away.” It seems the film has broken all the cultural differences and sets an example of unity in diversity.

She promises that ‘Pushpa 2’ will be bigger than ever. Earlier, taking to social media, Rashmika wrote, “Thank you for all you love for Pushpa.. only makes us want to work harder.. and we promise you.. Pushpa 2 will only be better and bigger! ?????? Pc: @thisisdsp”

Having its roots in Telugu, ‘Pushpa: The Rise’ has made its mark in every corner of the country. Directed by Sukumar, it was released on December 17 and has scored massive success at the box-office with its collections. The sequel ‘Pushpa: The Rule’ is expected to go on floors in March this year. (IANS)