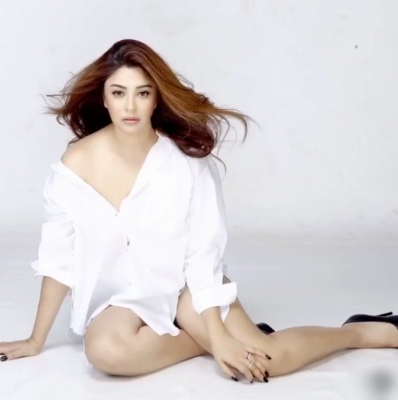 Mumbai– Keeping the environment and pandemic in mind, actress Payal Ghosh is making her first eco-friendly ‘Ganesha’ idol on the occasion of Ganesh Chaturthi.

Talking about making the ‘Ganesha’, Payal said, “I love the festival. I can let my hair down completely. I am creating my own ‘Bappa’. It’s extremely personal and I can’t put it into words. We have to keep sustainability at the top of our priorities. We can’t be releasing pollutants in the atmosphere by any means. I would plant ‘Bappa’ at Visarjan and have him by my side forever. I watched a couple of tutorials online and have been creating it. It’s also a new art for me. I am really looking forward to this ‘Ganpati’.”

Mumbai– With ‘Ganesh Chaturthi’ arriving soon, everyone seems to be in a celebration mood and same goes for the upcoming special episode of ‘Dance Deewane’. This time judge Madhuri Dixit will be joined by two Bollywood actresses – Jacqueline Fernandez and Yami Gautam. 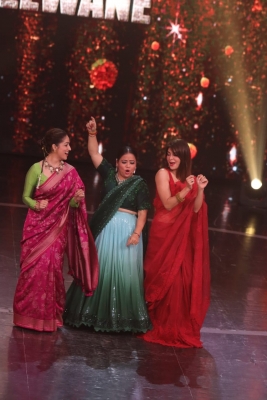 Yami and Jacqueline will have lots of fun moments upon their entry, and Jacqueline’s moment with contestant Piyush surely makes for a hilarious highlight.

The actress shall be seen gushing over the contestant, Piyush Gurbhele’s cuteness, and Yami will ask him, “Who do you think is cuter, me or Jacqueline?” He will reply, being his usual shy, “Yami ma’am’s eyes are very cute and Jacqueline ma’am’s smile is very pretty. And today among all the ladies Jacqueline ma’am looks the prettiest”.

Pulling his leg, Yami will say “And I am not looking pretty?” to which Piyush simply calls her “cute”. At that moment, Madhuri shall crack her own joke saying, “Are you going to say nothing for me?”

Both Yami and Jacqueline will be seen grooving on ‘Genda Phool’ with dancing queen Madhuri and the rest of the judges as well.

‘Dance Deewane’ airs every Saturday and Sunday on COLORS.

Kangana Ranaut to appear on ‘The Kapil Sharma Show’

Mumbai– Bollywood diva and ‘Thalaivii’ star Kangana Ranaut will be seen as the special guest on ‘The Kapil Sharma Show’ in Saturday’s episode.

It will feature a celebration of the festival of Ganesh Chaturthi with the ‘Thalaivii’ cast including lead actress Kangana along with the film’s director A.L. Vijay, producers Vishnu Vardhan Induri and Shailesh R. Singh.

‘Thalaivii’ will release in Hindi, Tamil and Telugu on September 10. It is based on the life of late Tamil Nadu Chief Minister Jayalalithaa. The film stars Kangana Ranaut as Jayalalithaa.

New Delhi– Within six months of giving birth to her second child, Kareena Kapoor Khan is fit as a fiddle and back to work, proving why she’s the reigning actress in Bollywood.

Bebo, as she’s fondly called was spotted on the sets beating monsoon blues in athleisure. The actress sported a co-ord set in neon hues of blue and pink worn over a sports bra.

Minimal makeup, wavy locks and a few accessories were all she needed to complete the look.

The actress never really took any time off from work or fitness through her pregnancy and can be credited for encouraging women to continue with their professional roles, fitness routines and making time for friends and family during and after childbirth.

Mumbai– On his 54th birthday on Thursday, Akshay Kumar penned an emotional note for his mother, who passed away on Wednesday. The actor said “life goes on”.

Akshay shared a picture on Instagram on Thursday morning. It features him and his mother Aruna Bhatia, who is seen planting a kiss on her son’s cheek.

“Would have never liked it this way but am sure mom is singing Happy Birthday to me from right up there! Thanks to each one of you for your condolences and wishes alike. Life goes on,” Akshay wrote alongside the image, which currently has 1.1. million likes on the photo-sharing website.

Akshay on Wednesday took to Twitter to express his grief.

“She was my core. And today I feel an unbearable pain at the very core of my existence,” he wrote.

The 53-year-old star said his mother passed away peacefully.

“My maa… Smt Aruna Bhatia peacefully left this world today morning and got reunited with my dad in the other world. I respect your prayers as I and my family go through this period. Om Shanti,” he wrote.  (IANS)