Mumbai– Actress and politician Payal Ghosh is shocked after hearing about the death of actor Sidharth Shukla. She says it is unbelievable that a health conscious person like him would suffer a heart attack.

Payal was speaking at the red carpet of an event on Thursday.

She said: “I got to know when I was coming here. I am unable to talk about it. It feels like my body is paralysed. I wasn’t able to believe that something like this can happen. He was just 40 and such a health freak. It just makes you feel that you can’t fight destiny. If it’s written there, then no matter what you do, you can’t fight it.”

Refering to Sidharth’s ‘Bigg Boss 13’ win, she says: “He was a very sweet boy. After ‘Bigg Boss’ he had started getting fame, his life was changing and then suddenly this happened.”

“I met him a month back. We have the same hairstylist and together we cracked so many jokes. I have known him for four-five years now,” she says.

Sidharth suffered a massive heart attack and passed away on Thursday in Mumbai’s Cooper Hospital. 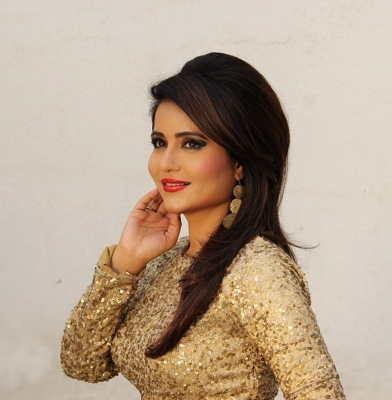 “It is sheer fun shooting for both the shows. My co-actors, colleagues, and teammates of both the shows are very fun-oriented. There’s a stress-free environment there. We just laugh on and off camera. In corona times, whatever tension happens like lockdown, I feel it is the best place to relieve tension. In today’s time, people do meditation. I feel that by doing these comedy shows, my soul feels happy,” she said.

Talking about her character ‘Russa’ in ‘Bhabi Ji Ghar Par Hai’, she said: “‘Russa’ is Charrul and Charrul is ‘Russa’. I am not pretending to be someone else. I am not into any other character. I am acting myself. No retakes are taken of my shoot because I think they think that I am playing the character perfectly. I don’t have to do anything additional. I am playing myself. So I think I am very natural.”

She describes ‘Russa’ as a fun-loving, upfront and outgoing girl. “She speaks her mind and has fun. I am like her in real life as well. I don’t stay serious a lot. I keep ragging people around me obviously I don’t hurt anyone. I am doing the same thing in Bhabi Ji Ghar Par Hai,” Charrul said.

Charrul has even worn her own outfits for the shows. “It’s not like I don’t have options. I do get options for a lot of good dresses I get to wear. I also carry my own clothes a lot of times. If I feel like this will look good, I wear my clothes as well. I think the designer understood my taste. The style of clothes I used to wear in real life, I am getting the same kind of dresses in both the shows. I think it’s exactly me,” she said.

Anshuman Jha gears up for his next action film ‘Lakadbaggha’ 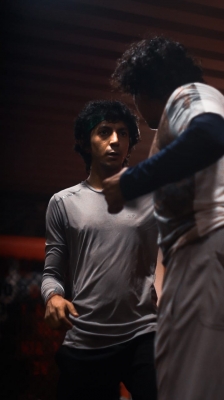 The actor has started preparing for the role and talking on the same Anshuman said, “I love animals and have always loved action movies – ‘Lakadbaggha’ merges both my passions. I am thrilled to be a part of an out-and-out action film for the first time. The storyline deals with a relevant issue that plagues our society. I will only do this once – therefore have put the other projects on hold so that I can give this my all. The action choreography is something I am looking forward to and I hope the audience will enjoy this balls-to-the-wall kind of action.”

Anshuman is currently undergoing a planned training phase in martial arts to be in a place to implement the action set pieces. After prepping through July in India, he was in New York through August learning Krav Maga. Jha has pushed Harish Vyas’ ‘Hari-Om’ to 2022 as he wishes to put all his efforts into this film to bring forth his best.

To be helmed by Victor Mukherjee, the film is set in East Kolkata, Chinatown and will go on the floors in December 2021. ‘Lakadbaggha’ is a hand-to-hand combat action film.

Written by Alok Sharma, this film is a quintessential ‘Good vs Evil’ story with a unique contemporary touch of the illegal animal trade industry serving as an undercurrent to the narrative.

Karan Johar: I believe an image has the power to move your soul

Mumbai– Celebrated filmmaker Karan Johar shares how the wedding picture of his parents is one of his favourites and that an image holds the power to move someone’s soul.

Asked to choose one of his favourite still photographs of all time and Karan said, “It’s a photograph of my parents when they got married. It always moves me because I feel like they had a life ahead, a story ahead and a journey ahead which I know I have witnessed with my own eyes and that was the beginning of that journey. So that picture always moves me.

“As a filmmaker myself, I believe that an image has the power to move your soul and express so many emotions and that’s why the premise of Your Lens is extremely exciting as it gives an opportunity for everyone to showcase their creativity and get featured on a prolific platform like National Geographic.”

Karan has come onboard for ‘Your Lens’, a platform as part of National Geographic, to encourage photographers and enthusiasts to share the most precious captures that have emotionally moved them and touched their hearts.

Talking about the campaign Karan also mentioned, “I urge all the photo aficionados to grab their cameras and seize this opportunity.”

Mumbai– The three weeks in ‘Bigg Boss OTT’ house so far have been entertaining but with the entry of Nia Sharma in the house, the equations are going to change even more.

Even before entering the house, Nia Sharma had spoken about her favourite contestant being Pratik. She said: “I don’t want to break Pratik Sehajpal and Neha Bhasin’s connection because genuinely there is nothing to break. I find Pratik interesting, and I would want to make a separate connection with him. Pratik takes my heart away.”

Nia further expresses her views on Pratik’s connection to Neha Bhasin, and says: “I don’t know what Neha Bhasin is doing inside. She is treating everyone at her own convenience.”

Nia had a very straight agenda before entering the house, she said: “A reality check is required for all contestants.”

Now talking about the most mature and calm couple in the Bigg Boss OTT house, Raqesh Bapat and Shamita Shetty, Nia comments on their relationship and says: “I think Raqesh is in love with Shamita but I’m not sure if she there yet.”

Right in the middle of the game seems like Nia’s entry is going to change a lot of equations in the house. Will her liking for Pratik put Neha and Pratik’s connection in a spot? She certainly doesn’t seem predictable, but you never know, because she has seen how the game has been so far, she surely has the upper hand in knowing who she can break easily and who is competition to her.