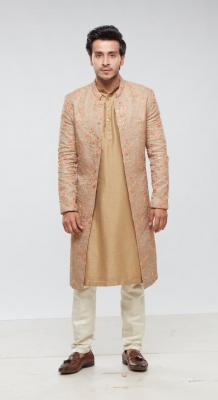 “For me being fit means being flexible, being strong, and having the strength and stamina, so that I can give my 100 per cent throughout the day. One such actor who has always inspired everyone with his sheer discipline and dedication when it comes to living his best life in terms of health is Akshay Kumar,” he says.

Talking about the regime, he adds that everyone should follow what suits them.

“Personally, intermittent fasting and exercising work the best. Health is bio-individual, so while it’s great to get inspired but we shouldn’t forget to identify what works best for us and follow that religiously,” says the actor, who is popular as Ahaan Malhotra in Sony Entertainment Television show.

Mumbai– Actress Kajal Pisal, who recently recovered from Covid-19, has requested people to donate their plasma, adding that she plans to do so soon as she is allowed to.

“I read that if plasma is given at the right time, then Covid patients can recover faster. I myself, when permissible, am going to donate (plasma). I’ve spoken to my doctors. Also, I request those who’ve recovered from Covid-19, please consult your doctor, and when permissible, please donate your blood. This will bring light in many people lives,” she says.

Meanwhile, the actress says she is grateful to all those who supported her when she had Covid.

“We know and understand how much we, our family members and friends are troubled till we recover. I’m very thankful for all who kept me in their prayers all this time — my fans and well-wishers,” she says.

Talking about the Covid experience, Kajal says: “I have experienced the dark period when you doubt your survival. All you can do is hope and stay positive, and wait to recover. The pain of staying away from your love ones can’t be framed in words. All you want is your parent’s hug. I was missing my mother, who is no more, and my dad, who’s abroad,” she says.

Hyderabad– Actress Rashmika Mandanna held an Instagram live session with her followers on Monday, where she revealed she is all set to sign her third Bollywood film. Incidentally, Rashmika signed her second film in Bollywood even before her debut feature is out.

Rashmika shot to the spotlight in the Hindi entertainment domain by starring in the popular “Top tucker” video filmed on the song by Uchana Amit, Jonita Gandhi, Yuvan Shankar Raja and Badshah.

She will make her Bollywood debut with the spy thriller “Mission Majnu”, and her second Hindi film is the Amitabh Bachchan-starrer “Goodbye”.

The revelation came when, during the interactive session, a fan asked about her other Bollywood projects.

“I am doing two Bollywood films and soon I will be signing the third on,” she replied. The actress, however, remains tight-lipped on details during the virtual greeting session.

Rashmika, who has made her mark in Telugu and Kannada films, will also be seen in the Allu Arjun-starrer “Pushpa”.

Taapsee Pannu shuts up troll over derogatory remark against her

It all began with a user requesting actor Sonu Sood for an ambulance equipped with oxygen for Delhi to Gwalior. Taapsee helpfully shared the tweet, writing: “ambulance needed”.

However, reacting to the actress’s tweet, a troll asked her to donate her car instead of spreading the word on Twitter. However, the post was derogatory in the language used to address the actress.

Reacting to the tweet, Taapsee wrote: “Can you please shut up! Like just STFU ! If this is all u wanna say in these times then hold on until this country gets back to breathing normally and then get back to your sh*t ways until then DONT CROWD MY TIMELINE WITH YOUR NONSENSE and let me do what I am doing!”

Taapsee has a long line of films coming up. She will be seen in “Rashmi Rocket”, “Looop Lapeta”, “Haseen Dilruba”, and “Dobaara”z. Besides this, she has been busy preparing for “Shabaash Mithu”, based on the life of Indian women’s ODI cricket team captain Mithali Raj. The film has been written by Priya Aven and directed by Rahul Dholakia.

Kishwer Merchantt will stay away from news that makes her ‘anxious’

Mumbai– Actress Kishwer Merchantt, who is pregnant with her first baby, took to social media to share that she will not be watching the news as it is making her anxious.

The actor shared a picture wearing a bodycon dress, flaunting her baby bump. She clarified that while she is not “running away” from what is happening in the country right now, she just wants to keep away from news and videos which make her “anxious”.

“I am told I have to be happy, have happy thoughts and stay away from negativity .. doesn’t mean I will run away from what’s happening in our country .. but for my sanity and my baby will stay away from watching news and videos which make me anxious !!! So trollers it’s Ur time , come say whatever and go .. u will only be blocked !!! And for the others I love u all , stay home.. stay safe..help in whatever way u can.. we are in this together,” she wrote.

Kishwer and her husband actor Suyyash Rai took to social media last month to announce that they are expecting their first child. The baby is due in August this year.