Neha Kakkar recalls the time she used to be ‘thin’

Mumbai– Singer Neha Kakkar on Saturday shared throwback pictures from the time she used to be fitter.

The actor posted a series of pictures on Instagram, where she is dressed in a white and green suit. She paired this up with a heavy necklace and earrings, which she revealed were gifted by her mother-in-law.

She wrote about how she used to be slimmer back then, only a few months ago.

Neha has been trying to shed the kilos and has been keeping her fans updated about her workout regime. She took to social media to post a video of her working out a few days back.

Meanwhile, the singer has put out her new a music video “Majaneya”, featuring celebrity couple Rubina Dilaik and Abhinav Shukla.

Mumbai– Actress Sonakshi Sinha on Friday shared an Instagram video urging all to donate to organisations that are helping people fight Covid.

In the video, the actress spoke of about how the country is going through a terrible time and appeals to everyone to help out in whatever way they can.

“Hi everyone, let’s talk. We have been hit by the second wave of covid and it is way worse than last year. It breaks my heart every time I hear of someone losing their family or their friend to Covid. Seeing visuals of what our health care workers, hospitals are going through. The urgent need for oxygen cylinders, concentrators, medicines, food and financial help for so many people. Seeing the way the situation has been handled, I believe we need to step in to make a difference. So here I am to make a sincere appeal to all of you, please come forward and donate and help in any possible way to fight this battle which we are all in together,” she said.

“I have made a list of foundations like the Hemkunt Foundation, Khalsa Aid, Uday Foundation, Give India, Feeding India, Goonj and a few more. These guys are really doing an incredible job of reaching out to and helping those in need. Let’s at least be a part of their efforts. I am mentioning their accounts below and in my stories, please check them out and agar aapko sai lage, please please go ahead and donate. I have as well. Remember no amount is small in this crises. Sab sath milkar is mushkil waqt ka saamna karein, sab surakshit ho, is baat ki kaamna karein. Stay safe, wear your mask, wash your hands, maintain social distance and get yourself vaccinated,” she added in the video.

Mumbai– Rapper Shah Rule has launched his maiden six-track EP, which has been inspired by the internet age. He worked on the EP at home, during lockdown last year.

The rapper drew inspiration from the isolation and the unexpected disruption which the pandemic brought. It talks about the importance of social media in these times.

“The entire EP was created during the contemplative time I spent in lockdown last year. The concept revolves around social media and the internet age as that’s an industry that literally rumbled during Covid. Social media plays a huge part in our daily lives these days especially ever since the Covid outbreak, almost becoming a necessity for survival. it has given us a parallel universe of hilarious memes, hashtags and shortened our attention spans to 140 characters,” said Shah Rule.

However, he notes that everything has two sides to it.

“But there are always two sides to any story. Social media can be detrimental and beneficial depending on how you consume it. You can become an overnight online sensation or find a way of staying in touch with extended family overseas, but then there’s also cyber bullying and body shaming,” he said.

“I’m excited to make my debut in a mythological series. My parents used to refer to me as Lakshmi, so I feel emotionally connected to the character. Everyone in my family is a devotee of the Goddess. They are so excited that I am part of this show. My mother always used to tell me to do mythological shows,” she says.

The actress, who has earlier featured in shows such as “Suvreen Guggal: Topper Of The Year”, “Emotional Atyachaar” and “Kulfi Kumar Bajewala”, says that mythological shows teach you a lot.

“I feel such shows changes are for the best. We get to learn and connect to our culture. They also help us to learn ‘shudh’ (pure) Hindi and Sanskrit. They are lifetime experience,” she says.

The actress has already started shooting for the show

Mumbai– Singer Payal Dev’s new song “Dil de diya”, from the film “Radhe: Your Most Wanted Bhai” released on Friday. She says she always wanted to sing for superstar Salman.

“When I got to know this song is for Radhe, I was over the moon to be part of such a brilliant album. I have said this many times that I am a huge fan of Salman Khan and (I am) anytime ready to work for him. I’m blessed that my childhood dream of singing for Salman Khan comes true. Post recording the song, Salman Khan heard the song and really liked my voice and versatility as earlier he had heard me sing a different zone song,” she says.

The singer adds that the song, composed by Himesh Reshammiya, gives a feeling of nostalgia. “The song is such a vibe that it gives (a) nostalgic feeling every time I hear it,” she says.

On singing for Himesh once again, Payal said: “It’s an honour to sing for Himesh Reshammiya and we have previously collaborated on movies like Happy Hardy and Heer. I’m personally a fan of his compositions which are unique and sure-shot hits.”

Payal is known for hits such as “Genda phool”, “Bepanah Pyaar”, “Dil chahte ho” and “Baarish”. She has also sung for the films “Ginny Weds Sunny” and “Bajirao Mastaani”.

Kangana gives ‘warning’ to those crying about India to ‘foreign daddies’

Mumbai– Actress Kangana Ranaut shared a video on Friday warning those who are trying to hurt the image of the nation internationally amid the Covid-19 second wave. 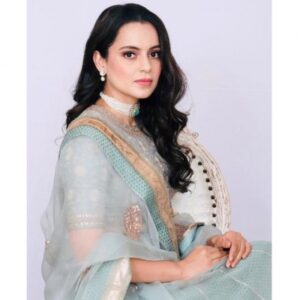 Kangana shared the video message on Twitter and Instagram. In the clip, she expresses her concerns over how other countries are reacting to the second wave of Covid in India.

Taking to Twitter, Kangana shared a video and wrote: “Please watch warning to all those who are going to their foreign daddies to cry about India… your time is up.”

In the video, Kangana speaks about how photos of corpses burning at cremations were featured in an international magazine. She expressed her discontentment and further why leaders of other nations were not called out when their countries were tackling the Covid-19 waves. (IANS)