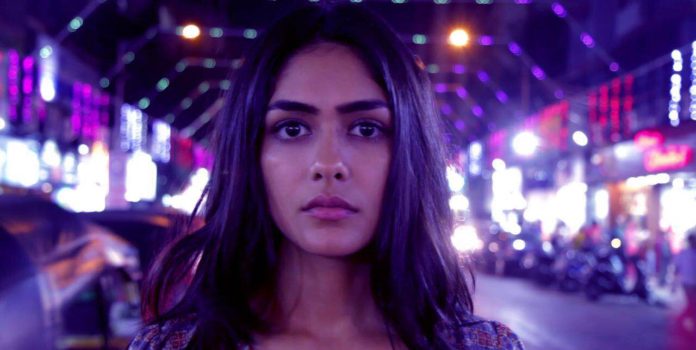 Mrunal Thakur says she picks films based on stories, not co-stars

Mumbai– Actress Mrunal Thakur says she likes to pick her roles based on stories and emotions, and not on the star quotient associated with the projects.

“I worked with Abhimanyu (Dassani) in ‘Aankh Micholi’ and he was such a hoot in ‘Mard Ko Dard Nahi Hota’. There’s so much raw energy in him that he is capable of holding the scene all by himself. In ‘Pippa’, I will work with Ishaan Khatter and Priyanshu Painyuli, both of whom are just exemplary at what they do. In the end, I choose a film based on how brilliant the story is and how it will help me further my acting and better my craft. We live in times when content is king,” she added.

Mumbai– Rajkummar Rao has a suggestion for his fans. The Bollywood actor took to his verified Instagram account on Wednesday to share a photograph of his muscular frame, saying it was the result of hard work. The actor also exhorted fans to work hard on fitness.

“Bachpan mein suna tha mehnat ka phal meetha hota hai. Aur phal jitna meetha khana hai mehnat utni hi karni hoti hai (I had heard since childhood that the fruits of hard work are sweet. Sweeter the fruit you desire, the harder you have to work),” the actor wrote on Instagram using the hashtag #bemehnati to urge fans to be hardworking.

Rajkummar had double-release during Diwali this year. He featured in Anurag Basu’s dark comedy anthology “Ludo”, as well as Hansal Mehta’s comedy “Chhalaang”. Both films were released digitally.

The actor will next be seen in Abhishek Jain’s upcoming comedy “Second Innings”. The film also stars Kriti Sanon, Paresh Rawal and Dimple Kapadia, and is scheduled to release next year.

Rajkummar’s upcoming films also include “Badhaai Do” and “RoohiAfza”.

Mumbai– Actress Vaani Kapoor is over the moon. Abhishek Kapoor, director of her upcoming film Chandigarh Kare Aashiqui, has praised her on social media.

“I’m grateful that my director is loving what I’m doing to bring this beautiful character to life on screen. Abhishek Kapoor has really backed me as an artiste and trusted me with his vision for the film and the role. I will be thrilled to do justice to that belief,” she wrote.

Vaani stressed the film and her role of Maanvi will be special.

“Chandigarh Kare Aashiqui is a very special film for me and I am giving my heart and soul to deliver my best. I was bowled over by the character when I read the script and I think even after we finish shooting the film, there will be a piece of Maanvi left in my heart forever,” she said.

Katrina Kaif chronicles her journey of technical glitches this year

Mumbai– Bollywood star Katrina Kaif spent most of her time this year struggling with connectivity issues, and she has captured her moments of technical glitches in a fun video she posted on Wednesday.

The video includes her struggles with technology, virtual calls and live sessions.

“For those not so tech savvy people… Who else has spent a great deal of time this year struggling with connectivity issues on their lives
— turn your WiFi on — turn your WiFi off — are you on 4G? “Yes I AM” Hold pleasant face while waiting for your guest to join who cannot — ensuing a small panic — most important make sure you END your live session — before having side conversations,” she wrote as caption.

In the video, which captures several moments when Katrina struggled to connect virtually, she is seen saying at various points: “I have figured out how to do this”, “There is some technical problem”, “I guess it can be very tricky”, “I am learning how to solve technical problem”, “Sorry everyone, it is not working”, “Okay let me try that”, “Can everyone see me” and “Next few week, I think I am going to get this right”.

Mumbai– The Arts and Humanities department of Sarat Chandra IAS Academy, Sarat Chandra Degree College and Sarat Chandra Junior College in Andhra Pradesh has been renamed after Bollywood actor Sonu Sood, who also appears in Telugu and other South films.

The department is now known as the Sonu Sood Department of Arts and Humanities.

The decision follows the actor’s philanthropic gestures especially towards students and migrant workers during the pandemic-induced lockdown.

Sonu shared: “I am extremely humbled and grateful. I feel fortunate that I received the opportunity to help whoever was in need. And now that such a big institute has honoured my actions, I will only be motivated to keep being there for those who need me.”

Mumbai– A Call To Spy, the international production capturing the story of three WWII spies and starring Radhika Apte, has been confirmed for OTT release in India.

“I couldn’t be happier to be an integral part of this film, working alongside such an incredible cast from around the globe and I am extremely excited about the movie’s release,” said Radhika.

“Since the movie has already premiered globally, I have been waiting for the moment where Indian audiences get the chance to watch this thrilling spy drama. I am hoping that they too will shower the same love and appreciation that we received from other parts of the world,” she added.

The spy drama is directed by Lydia Dean Pilcher, written and produced by Sarah Megan Thomas, who has also acted in the film, which also stars Stana Katic.

“Radhika Apte is an incredible talent and it was a joy to work with her. She was my first choice for the role of Noor Inayat Khan, and audiences will find Radhika’s portrayal of Noor nuanced, complex, and heartbreaking,” said Sarah Megan Thomas. (IANS)