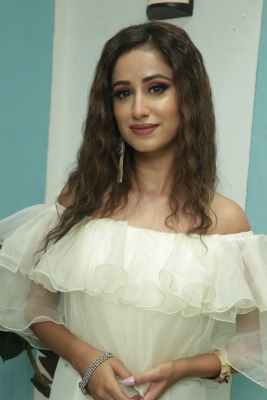 ‘Learning pole dancing was on my wishlist and I achieved it: ‘Bhagya Lakshmi’ actress Maera Misshra

Mumbai– ‘Bhagya Lakshmi’ actress Maera Misshra has always been attracted to pole dancing and now she has finally been able to fulfill that wish. She had recently posted about her dancing skills on her social media handle.

Talking about her love for pole dancing, Maera mentioned: “I have always been very attracted to pole dancing. I really think it looks absolutely amazing. I was watching back-to-back videos of pole dancing on social media and then one day, I decided to reach out to my friend who is a great dancer, to teach me how to pole dance.”

The MTV ‘Splitsvilla 11’ actress shares more about her attending the pole dancing classes and appreciates those who know this dancing style as it is quite challenging.

“I went for my first class in August 2021, and it was a wonderful experience. Learning pole dancing has always been on my list and I wanted to learn this before I plan on getting married. So now I have finally done it, I applaud every person who knows this art. It’s a very difficult dance form and not as easy as it looks, and anyone who knows this can tell that it’s one of the best ways to do the full-body workout,” she adds.

Mumbai– Bollywood actress Bhumi Pednekar talks about shooting abroad and how tough it was riding a scooter for ‘Badhaai Do’ in Mussoorie on ‘The Kapil Sharma Show’. 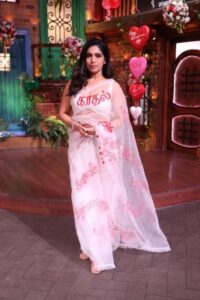 The actress opens up about how she has never shot for a film outside India in her span of 6 years in the industry and how shooting for ‘Badhaai Do’ in Mussoorie was nothing short of an adventure.

Bhumi reveals that they shot for ‘Badhaai Do’ in Dehradun and Mussoorie, and a little in Goa.

Actress Archana Puran Singh said that even though her hometown is Dehradun she has never been there to shoot for anything, to which Bhumi replies, “You’ve shot abroad right? Do you know my story? From the time I started my career I have not shot outside India even once! I always think, ‘okay if the location is London I’ll say yes without reading the script.’ There is no such district in India where I have not shot for a film”.

She also adds that she rode a scooter for the first time while shooting for ‘Badhaai Do’.

“Before every take the atmosphere would be tense and people would say, ‘everyone gets away from the roads! Are all the roads blocked!? She can crash the scooter, everyone be careful.'” 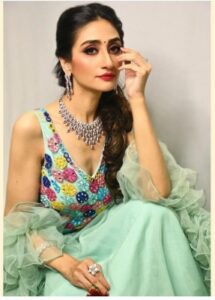 It all started after Muskan Khan, a second-year B. Com student of Mandya’s pre-University College, Karnataka, was heckled by a group of students wearing saffron stoles on Tuesday for entering a college in Karnataka’s Mandya wearing a burqa. When they started shouting ‘Jai Shri Ram’ in loud voices, Muskan responded by yelling ‘Allah-hu-Akbar’

Nupur feels the education system shouldn’t be painted or discriminated in the name of religion.

She says: “If today our youth is fighting among themselves in the name of religion, then we need to think how poorly we are educated. Education always helps us to grow and adopt the behaviour of respect and independence. The Karnataka hijab row is actually putting a question on the mentality of we Indians.”

She in fact took to her social media account to share the importance of students’ freedom in all aspects.

The actress wrote: “I feel education shouldn’t be painted in the name of burqa or bhagwas. We should be encouraged to have a uniform way through the learning experience. Students are the building blocks of our society. They should have a free mind, a logical one to pursue their interests. Nowhere the veins of religious or communal distress should come in way.”

Opportunities are almost endless in the entertainment industry: Kajal Pisal 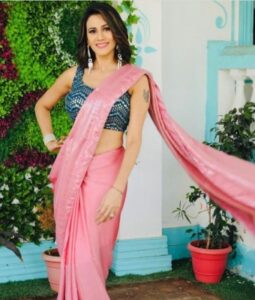 She says: “As an actor I want to enjoy playing many different roles. Acting can offer us so many shades to play. You don’t always have to be the bad or the good, you can change roles and can play every part you want as long as you are good enough in your role and can convince the public about your authenticity.

“Consequently, if you don’t want to be negative anymore, you can just switch sides. You can also switch the movie genre if you feel like you need a change. In fact, opportunities are almost endless and chances are that you will not be able to try out all the different things the acting world has to offer in a lifetime.”

Kajal known for featuring in popular shows like ‘Bade Achhe Lagte Hain’, ‘Saath Nibhaana Saathiya’ and ‘Naagin 5’, among others says portraying different roles onscreen has helped her to explore herself in real life.

She adds: “Acting has always helped me to explore a lot about myself. Since I have been playing many different characters, I also got to learn a lot about myself. In fact, you really have to feel with the character and develop a high level of empathy if you want to represent the respective character in the best possible manner.

“Consequently, you will also develop a higher level of empathy in your private life since you will better understand what drives people and why they do the things they do. Being empathic is crucial to succeeding in life and by working as an actor, you can learn this important skill in a rather natural manner.”

Mumbai– Actor Arjan Bajwa is playing the role of a popular novelist Tahir Wazir in the upcoming web series ‘Bestseller’. 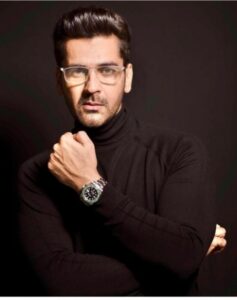 Arjan has tried to give his best for his role and he understood every minute details of his character explained to him by the director.

As he says: “I was in a completely relaxed state of mind when I went for the shoot. I didn’t want to build something into myself and I like to mould myself with each scene. I wanted to follow my director and understand what he wants from my character.”

“I play a very complex character which has many layers in the story so I had to shift from intense to romantic scenes which itself was very difficult. I went through physical transformation getting into the correct fitness space and I even had to grow my hair longer for the character,” says the actor, who worked in movies like ‘Guru’, ‘Fashion’, ‘Rustom’ and many more.

The trailer of ‘Bestseller’ is already out and it will be streaming from February 18 on Prime Video. (IANS)