Mumbai– Actress Kajol has said that neither her co-star Shah Rukh Khan, nor director Aditya Chopra or she can take credit for the success of “Dilwale Dulhaniya Le Jayenge”, one of the biggest blockbuster of Indian cinema.

Interacting with the media to promote her forthcoming release “Helicopter Eela”, the actress said this here on Thursday.

When asked whether remake of that film was possible, Kajol said: “I think that film cannot be remade.

“Even at that time we never knew that whether what we had made was a good film or a bad one. I honestly feel that we just worked in that film and released it.

“But the phenomenon which has been created around it was all because the audience appreciated it and took it to another level altogether.

“I have met people who got married after watching that film and they are passing on that film to their next generation.

“So, none of us whether it’s Shah Rukh or Adi or Amrishji (Puri) or me can take credit for the success of that film.”

In “Helicopter Eela” which is slated to release on October 12, Kajol plays a mother who constantly keeps tab on her child’s life.

When asked whether she is likewise in real life, the actress said: “I would say I am 50 per cent of Eela in real life. I agree that she is a bit over-the-top character but she really loves and takes care of her child. So in that sense, I am definitely 50 per cent Eela.

“Most mothers around us pay extra attention to their child — like a helicopter constantly on their head — that’s why we named the film ‘Helicopter Eela’.

Based on a Gujarati play titled “Beta, Kaagdo” by Anand Gandhi, the story of Eela revolves around a single mother and an aspiring singer and her relationship with her son, played by the National Award-winning actor Riddhi Sen.

He got to shake a leg with Govinda for a song “Chotey bade” from upcoming comedy movie “Fryday”.

“Since I was a kid, I have always admired Govinda sir and it was nothing less than a dream come true for me to dance with him on-screen,” Varun said in a statement to IANS.

“I danced to his songs and have always tried to replicate his steps and now coordinating with him and dancing with him feels amazing. Never did I think that he will become my Bade and me his Chote,” he added.

The song is penned by Anurag Bhomia and is sung by Mika Singh and Ankit Tiwari.

Presented by Inbox Pictures Pvt Ltd, produced by Sajid Qureshi and co-produced by PVR Pictures, “Fryday” is directed by Abhishek Dogra and will release on October 12.

Mumbai– Actor John Abraham on Friday unveiled the first look of his film “Batla House”, and announced that it will hit the screens on August 15, 2019, clashing with “Brahmastra” and “Made In China”. 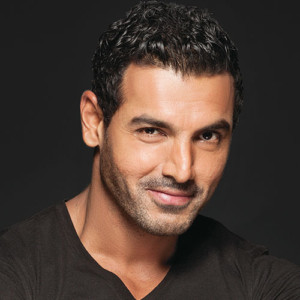 John posted the film’s poster on Twitter and wrote: “Every story has two points of view. One wrong. The other right. But what if the lines are blurred? Very very blurred!”

Known for doing patriotic movies like “Madras Cafe” and “Parmanu – The Story Of Pokhran” and his latest release “Satyameva Jayate”, John will once again be seen donning the patriotism on his sleeve in “Batla House” by essaying police officer Sanjay Kumar Yadav who led the Batla House encounter.

In the poster, John can be seen in a policeman’s avatar and he is surrounded with several news headlines of the encounter.

Helmed by director Nikkhil Advani, the film is written by Ritesh Shah.

Mumbai– Actor Mishal Raheja finds it strange that his character is turning negative in the show “Kumkum Bhagaya”, but he is excited about it.

He plays King Singh in the show.

On his character going negative, Mishal said in a statement: “It’s strange. It’s confusing, but it’s challenging. It’s been four months since I entered the show and I’ve been waiting for a shift in the script.”

“Now that it’s finally here, I can feel some movement in my character towards the negative side. It’s very exciting because there are more layers and variations in negative characters than their positive counterparts,” he added.

He is known for featuring in shows like “Ishq Ka Rang Safed” and “Laagi Tujhse Lagan”.

Femina Miss India 2018 Anukreethy Vas will engage the youth and young entrepreneurs, while chef Manish Mehrotra, Founder, Indian Accent Restaurant, will engage in a food talk with the youth on going the vegan way.

Author Amish Tripathi will also be a part of the event, where singer Shankar Mahadevan will give a tribute to the Indian Army, and designer Ritu Beri will present a fashion show.

It will also provide a platform for India’s first transgender band — The Six Pack Band.

On the summit, HP Singh, Founder and Chairman of Global Social (India) Foundation, said in a statement: “The platform will offer thoughts that will make us move for the present and the future alike. The evening will be a tribute to all brave hearts of this nation and further encourage our thoughts for this year’s initiative — ‘Let’s Start with I’.”

New Delhi– Veteran actress and philanthropist Shabana Azmi, an active spokesperson for women empowerment, believes having women as leaders can bring about a change.

“Women leaders can change the world. When women have a seat at the table, they lend their unique perspective to policy decisions that impact them and their communities,” Shabana said in a statement.

She appreciated ‘Asmita-Woman’, a programme to be hosted by the Foundation for Management Research and Training (FMRT) here on September 30 to recognise the power of women and also to bring together some women who have made the change happen in society just by thinking different and being independent.

Shabana said that providing a platform to the women who have done something different for society is a much-needed step that has been taken by FMRT.

“Creativity becomes capacity when it brings light into the life of others,” said Jyoti Rana, Chairperson, FMRT.

New Delhi– Actress Ishita Dutta says she will soon be seen doing action for the first time on screen.

She has tried her hand at action scenes for a film titled “Blank”. It will also star Sunny Deol and veteran actress Dimple Kapadia’s nephew Karan Kapadia, who will make his Bollywood debut.

“It’s an action film. I am doing action for the first time. So, it got me really interested in the project. I play a cop and it will release in January next year,” Ishita told IANS in a telephonic interview.

The “Firangi” actress has another film in her kitty.

“It’s a thriller. I am really excited about it. A lot of interesting projects are happening, so I am happy. Professionally, it has been a good year for me,” she said.

She will also be sharing screen space with her husband and actor Vatsal Sheth in the Colors show “Kaun Hai”.

“It’s the first show that I am doing after marriage and it happens to be with Vatsal. It’s quite exciting. It’s a series of 10 episodes. It has horror, mythology and romance,” she said.

On shooting with her former “Rishton Ka Saudagar – Baazigar” co-star, she said: “On the work front, it is similar because we are actors. The good thing about working together is that we get to travel together and spend time on set.

“I hope our chemistry is far better than before because now we are married.”

Commenting on her character, she said: “Both of us belong to rich families in today’s time. It starts with a previous era. Both are reborn in this era. We fall in love with each other.

“Vatsal’s character has an ulterior motive because he is a rakshas and I am a devi. I am unaware of my powers.” (IANS)