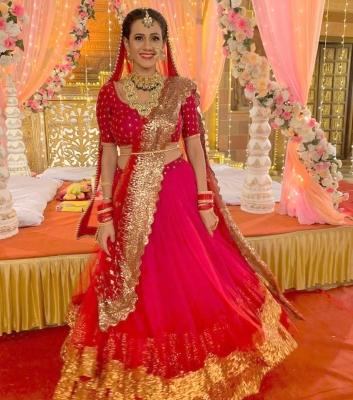 She says: “We are currently shooting for my marriage track in the show. And having a bridal look is something I’m very excited about.”

“I feel working as an actor bring such oppurtunaties that we get to don different looks thats is one of the reason I’m enjoying my career in acting.”

Kajal reveals ‘Asha’ has turn out one of her favourite characters she got to essay till date.

She continues: “I have played many roles in my career. And Asha has turned out to be one which I’m loving a lot. The character has got lots of variation and emotions. She is not just fictional but relates genuinely to human behaviour. ” 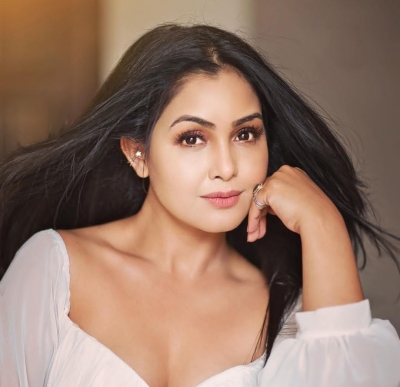 A source shares: “Shubhangi Atre has been loved by audience for her comic timing as Angoori Bhabhi. She has been seen performing dance numbers a lot of times in the show which are usually seen getting viral on social media platforms. The makers have approached the actress and she has shown interest in being part of the show.”

Shubhangi made her acting debut with Ekta Kapoor’s ‘Kasautii Zindagii Kay’ and later featured in ‘Kasturi’, ‘Do Hanson Ka Jodaa’, ‘Chidiya Ghar’ and many more.

‘Jhalak Dikhhla Jaa’ is returning to the screen after five years. Popular stars like Arshi Khan, Ada Khan and Shaheer Sheikh are rumoured to be part of the show.

Bengaluru– Rashmika Mandanna, who became a national sensation after starring in ‘Pushpa: The Rise’, has begun her entrepreneurial journey the vegan way. 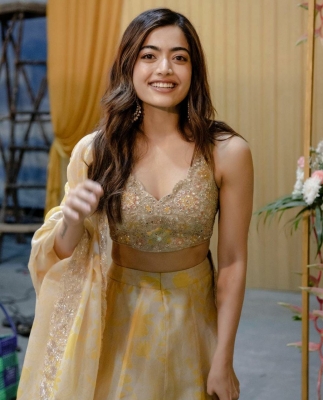 Vegan beauty and personal care brand Plum on Thursday said that actor Rashmika Mandanna has come on board as an investor and brand ambassador. This comes at a time when the brand aims to double its annual recurring revenue (ARR) over the next 12 months, with Rashmika’s pan-India presence and fan base.

In just a short span of 6 years, Rashmika has not only emerged as one of the most bankable actresses in the Indian film industry, but also an influential name in the brand world, endorsing the top ones. With this, the actress has turned entrepreneur.

Apart from being a lucky mascot at the box office and one of the leading female stars of her generation, Rashmika is fast emerging as a savvy businesswoman too.

On the work front, Rashmika currently boasts of one of the strongest line-ups. She will be next seen in ‘Pushpa 2’ alongside Allu Arjun, ‘Goodbye’ opposite Amitabh Bachchan, ‘Animal’ opposite Ranbir Kapoor, ‘Varisu’ alongside Vijay Thalapatty and ‘Mission Majnu’ with Sidharth Malhotra.

Mumbai– Former ‘Bigg Boss OTT’ contestant Urfi Javed is known for making head turns courtesy her bizarre style, however this time she took it to the next level by dressing up in only wires. 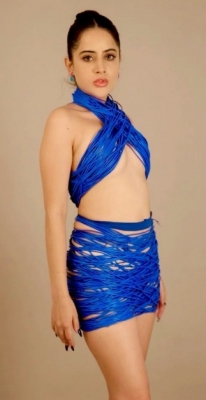 She took to Instagram, where she shared a video covering herself in blue wires. she made a an entire dress out of it! To complete her look, Uorfi tied her hair in a bun and flaunted minimal makeup.

She captioned the video: “”Yea this is wire! Also there was no cutting of the wires !! I think this looked bomb !! I think I’ll be trying different Colors as well! For me fashion is all about experimenting, creating something, making a statement.”

Taapsee Pannu: Whenever I’m around a sports star I get star struck

Mumbai– Actress Taapsee Pannu, who is all set to bring the story of veteran India batter Mithali Raj on the big screen, has admitted to the fact that she gets star struck being around sports stars. 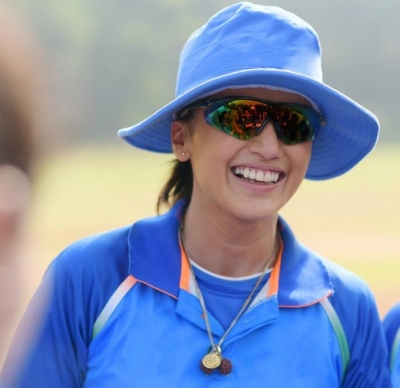 Speaking about her love for sports Taapsee said: “I am star struck with sport stars. I haven’t seen many movies while growing up until college but I followed sports since my childhood.”

She added: “So, whenever I see a sports star, I am always star struck which comes with huge amount of respect that I have for each one of them. I always ensure that I don’t trespass a line when I have a sports star around me and avoid being my usual chirpy self.”

‘Shabaash Mithu’ is set land in theatres on July 15. The film, directed by Srijit Mukherji and written by Priya Aven, is based on the life of Mithali Dorai Raj, the celebrated skipper of the Indian women’s cricket team.

In a career spanning 23 years, Mithali boasts of 7 consecutive 50s in ODIs and has led India in 4 World Cups. The story tracks her journey from being an 8-year-old girl with a dream to becoming a cricketing legend.

Mumbai– Actress Vaani Kapoor, who will be seen playing a performer in the upcoming film ‘Shamshera’, has praised her co-star Ranbir Kapoor, whom she called a special actor and her personal favourite. 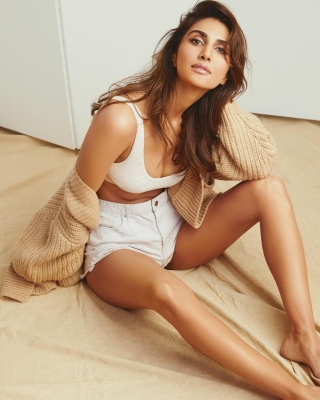 Vaani says: “I play the character of Sona, the most sought after travelling performer of India in the 1800s. I have always chosen roles where my character pivots the script in a certain direction and in ‘Shamshera’ too, Sona plays an important role in building the narrative.

“I’m thankful to Karan Malhotra for seeing me in this role. He held my hand at every step of the way and guided me to bring Sona to life.”

The film is set to release in Hindi, Tamil, Telugu on July 22. Directed by Karan Malhotra of ‘Agneepath’ fame, the film marks Ranbir’s return to the cinemas after four years since the release of ‘Sanju’.

About her character, Vaani reveals, “Sona has a strong willpower, she’s confident, a go getter yet has her own emotional vulnerabilities. She’s definitely one of the most refreshing characters I have played on screen. I’m amazed teaming up with Ranbir Kapoor – a powerhouse of talent. He’s truly a very special actor and my personal favourite.”

‘Shamshera’ revolves around the fictitious city of Kaza, where a warrior tribe is imprisoned, enslaved and tortured by a ruthless authoritarian general Shudh Singh. This is the story of a man who became a slave, a slave who became a leader and then a legend for his tribe. He relentlessly fights for his tribe’s freedom and dignity. His name is Shamshera.

Mrunal Thakur: Important to do different roles to become a ‘massy’ actor

Mumbai– Actress Mrunal Thakur feels that to become a “massy” actor, it is important to do different roles. 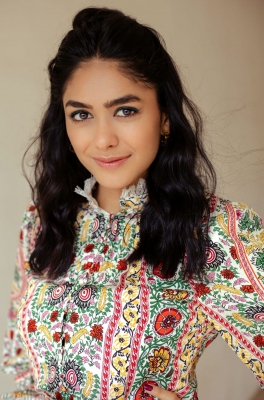 Mrunal made her debut with ‘Love Sonia’. She was later seen in films such as ‘Jersey’ opposite Shahid Kapoor. Her upcoming line-up includes a family comedy film called ‘Aankh Micholi’ directed by Umesh Shukla, followed by a war period drama, ‘Pippa’.

The actor will also be making her Telugu debut opposite the south heartthrob, Dulquer Salmaan in ‘Sita Ramam’ this year.

Mrunal says, “I want to work in all the genres possible and do not want to limit myself to one particular style. And this has been very clear in my head since day one, it does not matter to me if this is just the beginning of my career, I just want to stick to doing films and projects that excite and challenge me as an actor.

She added: “I feel that it’s important to do different roles to become a massy actor and it is only possible if one does not set limitations in terms of work. With my work, I am always trying to strike a balance when it comes to entertaining the audiences and satisfying my own creative urges as an actor.” (IANS)