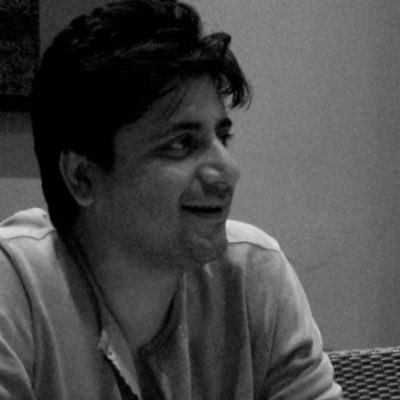 Goldie Behl: ‘REJCTX2’ was a challenge

Mumbai– Filmmaker Goldie Behl says creating the second season of “REJCTX” turned out to be challenging as well as exciting.

“It was certainly a challenge as it was exciting to cast all new faces, but the kids performed extremely well in the first season and then they have outdone themselves in the second season of the show as well,” Behl said.

“Everyone has built a great bond while working on the sets and it almost feels like family to be working with them. The second season of ‘REJCTX’ is really good and we are hoping everyone loves it as much and more than the first season,” said Behl, who serves as a producer and director for the first and second season of the web series.

Mumbai– Katrina Kaif’s inner chef simply won’t give up. A while back, she whipped up something in the kitchen that she was not sure what excatly it was she made. On Tuesday, she has done it again!

In a new video she shared on Instagram, Katrina chops away what could either be cheese or cabbage. Later, when she is asked what is it that she is cooking, she admits not being too sure.

Katrina replied: “That I’m not too sure of.”

This sent fans on a wild guessing spree.

“Gobhi,” guessed one user, while another imagined mashed potatoes.

Still another suggested the actress should finish first and then think of a name for her dish.

Earlier this month, Katrina had shared a video where she is seen cooking something along with sister Isabelle. Although, the item on the frying pan looked like a pancake, Katrina claimed she was “not sure” what was being prepared!

Mumbai– Bollywood actress Shilpa Shetty Kundra and her businessman husband Raj Kundra have been spending a lot of their lockdown hours posting quirky videos on social media. Their latest is a handstand video but with a funny twist!

Shilpa took to Instagram, where she uploaded the clip that shows her husband acing the handstand while Shilpa sits next to him and is reading the newspaper. Moments, later their dog comes in helping social media users understand the cheat code.

It turns out the video as been taken in an inverted manner, so the couple is lying on floor to create an illusion of the accomplished handstand!

“Ulta dekhoge toh seedha dikhega (See it by turning around you’d then see straight) When you change the way you look at things, the things you look at change! Just goes to show, nothing in life is impossible if you’re open to a different point of view towards everything in life.

“Sometimes, all you need is just a different perspective and BOOM… Also, ahem! @rajkundra9 this is NOT the kinda handstand I was telling you to try! But a unique kind of #MondayMotivation, so had to post it Don’t stop smiling, #InstaFam. Stay safe, stay home! Thanks @jayshewakramani… great forward.”

Mumbai– Actress Huma S. Qureshi says practicing social distancing is a luxury, and it is important to think about the people who don’t have the luxury.

“We need to think about people who either have really small houses or don’t have one at all and how are they managing in these tough times,” Huma said.

“Social distancing is a luxury, it’s something you and I have. A lot of people don’t have that luxury and we really have to think about them,” she added.

The actress recently spoke about how it is important to worry about street children, who are at a higher risk amid the ongoing coronavirus pandemic. She extended support to NGO Save The Children and their 21-day campaign that aims at bringing focus to over 20 lakh children living in the streets across India. She was also part of the two hour telethon initiated by the NGO titled ‘Making The Invisibles Visible’.

Meanwhile, the actress is spending her lockdown period with her family.

On the work front, she will be soon seen in “Army Of The Dead”. Scripted by Shay Hatten and Zack, “Army of the Dead” is set amid a zombie outbreak in Las Vegas, during which a man assembles a group of mercenaries to take the ultimate gamble: venturing into the quarantined zone to pull off the greatest heist ever attempted. Zack Snyder has directed the zombie heist film. It will release on Netflix.

Mumbai– Irrfan Khan is hospitalised with colon infection, according to an official statement released on behalf of the actor.

The 53-year-old actor is admitted to Mumbai’s Kokilaben Dhirubhai Ambani hospital. He is in the intensive care unit (ICU), as reported by IANS in an earlier report on Tuesday.

“Yes it is true that Irrfan khan is admitted to ICU at Kokilaben in Mumbai because of a colon infection. We would keep everyone updated. He is under doctor’s observation. His strength and courage have helped him battle and fight so far and we are sure with his tremendous willpower and prayers of all his well wishers, he will recover soon,” said a statement issued on behalf of Irrfan by his spokesperson.

The actor has been ailing ever since he was diagnosed with neuroendocrine tumour a while back, and has been under medical attention for the same.

Irrfan is currently mourning the loss of his mother. The actor’s mother Saeeda Begum breathed her last on Saturday in Jaipur where she used to stay. However, owing to the ongoing lockdown, the actor could not physically attend his mother’s last rites and reportedly paid his last respect through video conferencing.

On the work front, Irrfan Khan was last seen in “Angrezi Medium”, last-released Bollywood film before COVID-19 forced complete shutdown of cinema halls. “Angrezi Medium” ran in theatres for just a day before halls all over India were shut down.

Mumbai– Actress Lara Dutta, who is set to play a police officer for the first time in the comedy-action web series “Hundred”, has lauded the film technicians and crew of the show calling them the “unseen and unsung heroes.”

Lara shared two stills from the show on Instagram along with the crew.

She captioned it: “To all our technicians, our AD’s , our spots, our camera Dept, our lighting Dept, our dress Dept, our CREW!!! The backbone of any production! The wizards behind the magic! The unseen, unsung heroes…. NOTHING is possible without these incredibly hardworking members who become like family thru a shoot. A BIG, BIG thankyou!”

She added that the first photograph was taken during an all night shoot.

Lara added: “P.S: this first photo taken after an extremely long all night shoot. A super tricky continuous lengthy shot when ACP Saumya and her team are trying to locate Netra @iamrinkurajguru at the hospital OT. The entire crew had to wear scrubs in order to shoot at the real hospital location.”

In the series, Lara will be seen as ACP Saumya Shukla.

The Hotstar Specials show chronicles the misadventures of two contrasting women, set in the backdrop of Mumbai, its chawls and crime gangs. Being described as a masala entertainer, the show also stars Rinku Rajguru.