Esha Gupta: Was planning to join digital world for long

Mumbai– Actress Esha Gupta will be making her digital debut with the role of a police officer in “REJCTX2”, and she says it is unlike any other character that she has ever portrayed.

“The ‘REJCTX2′ poster is finally out and all the actors look really glamorous and fierce like they mean business. I am doing my digital debut with ‘REJCTX2′ as a cop, Officer Rene who is glamourous, yet strong, but has a secret which will be revealed later in the show,” Esha said.

“Though I have played the character of a police officer before, this one is going to be completely different. From a while now, I’ve been planning to join the amazing world of digital, and ‘REJCTX2′ just felt right for it. I hope my fans catch up with Season 1 and are as thrilled as I am for Season 2, which will premiere on May 14,” she added.

Esha will be playing the role of a Singaporean police officer. The second season of the series, directed and produced by Goldie Behl, promises to be high on action and drama. The show will also feature Masi Wali, Anisha Victor, Saadhika Syal, Ayush Khurana, Ridhi Khakhar, Prabhneet Singh, Pooja Shetty and Tanvi Shinde besides Esha and Sumeet Vyas. It will stream on ZEE5.

The late Sridevi’s daughter Janhvi took to Instagram Stories, where she shared a funny video of her sister trying her banana toffee sauce.

In the video, Khushi is seen trying out the dish prepared by Janhvi but it doesn’t seem like she is too impressed. The “Dhadak” actress then asks her if she likes it.

The actress wrote on the video: “Subtle rejection of my banana with toffee sauce.”

Recently, Janhvi shared a video of herself on a boat in Varanasi and she said that she was missing the experience.

Janhvi took to Instagram, where she shared a throwback slow-motion video of herself on a boat on the ghats of Varanasi. She is seen wearing a white kurta paired with lime green dupatta, with her hair left loose. She has no make-up on.

On the film front, Janhvi will next be seen in “Gunjan Saxena: The Kargil Girl”, “RoohiAfza” “Takht” and “Dostana 2”.

Bhumi Pednekar: How I represent women on screen is important for me

Mumbai– Having impressed the audience with her acting skills in films like “Dum Laga Ke Haisha”, “Toilet: Ek Prem Katha”, “Shubh Mangal Saavdhaan” and “Saand Ki Aankh” among many others, actress Bhumi Pednekar sayshow she represents women on screen is very important to her.

“For me, how I represent women on screen is very important. Cinema has the power to influence people and I do feel that through our portrayal of women, we can push the messaging of equality, of independence,” Bhumi said.

She added that she looked out for such roles and played them with all her heart.

“I have been fortunate to have got these characters that have made a mark,” she said.

“I thank my visionary filmmakers who chose to tell stories of these magnificent women. It has been an honour to be a part of their cinema and bring such courageous, fantastic, confident women on screen,” she said.

Bhumi intends people to realise how equality is yet to be achieved in society through cinema.

“My journey in cinema has just begun. I will continue to strive to find more such women whose stories I want to tell on screen. I feel when people see such women and their lives, their struggles, their pain, their dreams, their victories, there can be a shift in perspective. It might help us to further understand how far we are from achieving equality and how much women can contribute in making our country and our society stronger,” she said.

Tisca Chopra: This time has given me time to think about time

Mumbai– Actress Tisca Chopra is putting her quarantine hours to good use. She says the lockdown has given her time to think about time. 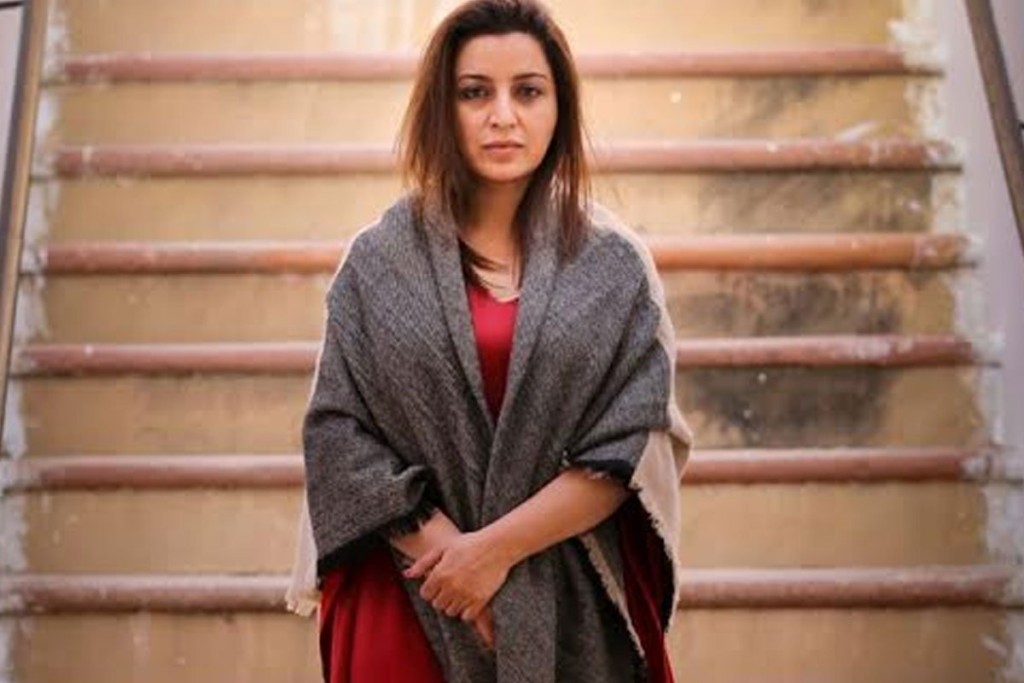 Tisca took to Instagram where she shared a photograph of herself. In the image, she is seen flaunting her perfect skin and is completes a casual statement with a hairband.

Alongside the picture, she wrote: “Lockdown diaries Day: 42. This time has given me time to think about Time. Time is a funny, stretchy thing, years can feel like yesterday. Yet another yesterday can feel like years .. I have always been fascinated by Quantum Physics…

“I have tried to read works of Planck, Heisenberg, Schrödinger and of course Einstein… to understand how time-space works, often failing to understand very much.”

She added: “My fascination landed at @netflix_inand #BlackHoleApocalypse .. you must see it if you haven’t .. fascinating how absolutely tiny we are .. yet how integrated into the whole…”

Tisca then shared the her menu for dinner.

“On a more mundane note, dinner today will be Pao-Burgers .. check stories later .. Have you got your daru stock while social distancing or are a non-drinker like me? P.S. – This is me in my #WFH office but in my head in field of Hollyhocks in Spain .. how is that for #TimeSpacebending?”

Recently, Tisca shared a stunning photograph of herself and said that she is making the most of staying indoors.

Ananya Panday: Movies act as a medium of escape

Mumbai– Actress Ananya Panday says everyone is going through a “testing time”, and movies can be a much-needed “lighthearted and entertaining distraction”.

“This is truly a testing time for all of us and we can do with some lighthearted and entertaining distraction in the form of movies. Movies act as a medium of escape and take us to parallel worlds,” Ananya said.

Ananya is glad that Lionsgate India will be livestreaming some of its hit movies as part of a new initiative to raise relief funds to aid the fight against the coronavirus pandemic. The studio has partnered with Facebook for the initiative called “Lionsgate Live! A Night At The Movies” with which they will screen a Hollywood blockbusters on four Fridays starting May 8.

The movies to be streamed are: The Jennifer Lawrence-starrer “The Hunger Games”, “Twilight” starring Kristen Stewart and Robert Pattinson’s, the heist movie “Now You See Me 2” and “Wonder” starring Julia Roberts and Owen Wilson.

“I would like to urge everyone that in this unusual time we need to come forward, act together and donate generously as even a little help from all of us can be of great help to the people in dire need,” Anaya said.

Apart from Ananya, the studio has Anil Kapoor and Sanya Malhotra on board to participate in the initiative.

Sanya feels “we all need to come together to fight this together”. She added: “I request everyone to join me because in these tough times, every small contribution counts.”

“This will be a unique opportunity for viewers to extend their support and donate for this charitable cause,” said Rohit Jain, Managing Director Lionsgate, South Asia.

Hina Khan: Ramzan in lockdown is a boon

Mumbai– The month of Ramzan sees Muslims fast from dusk to dawn and is a time for prayer and reflection. For actress Hina Khan, Ramzan 2020 in lockdown is a boon.

“Speaking about Roza and Ramzan at the moment, each year has been pretty tough as there has been work simultaneously happening while fasting, so this year is actually quite a boon! As there isn’t any work to do, so resting at home and then breaking the fast later in the day is all there is to do, which from a Ramzan point of view is great,” said Hina.

Although she had limited access to essential items required for Iftar, Hina is grateful for whatever little she has and is experimenting her way into the kitchen.

“I am always experimenting in the kitchen with what I want to eat, and mainly during these times, I ensure that I am eating everything possible,” she said.

“Though speaking about essentials needed at the moment, we aren’t getting a lot of them right now. We were very keen on making seviyan (vermicelli), but it is neither available in the market nor we have any of it at home. I am still grateful there are so many other essentials that we have while there are people who don’t even have basics at the moment,” said Hina.(IANS)