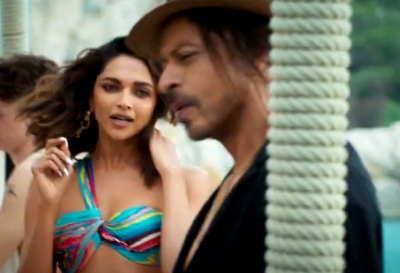 Deepika on working with SRK: I’m collaborating with my most favourite co-star

Mumbai– Actress Deepika Padukone has spoken about her pairing with Bollywood superstar Shah Rukh Khan, whom she calls her “favourite co-star”, as they are all set for the release of their upcoming film ‘Pathaan’.

The two stars have previously worked in films such as ‘Om Shanti Om’, ‘Happy New Year’ and ‘Chennai Express’.

“Shah Rukh and I have been very lucky to have had the opportunity to work in some incredible movies starting with Om Shanti Om! I’m collaborating with my most favourite co-star Shah Rukh. We have a beautiful relationship and I think the audience always see that in the movies that we do,” said Deepika.

SRK and Deepika also spoke about the secret behind their electric chemistry in ‘Pathaan’.

Deepika added: “Whether it is the director (Siddharth Anand) and his vision or it’s the cinematographer (Satchith Paulose) and how he is envisioning lighting us, whether it’s the stylist (Shaleena Nathani) – how she envisions these characters, whether it is your hair and make-up team. So, it’s your entire team that sort of comes together, so sure you can put in the work and do the best you can but you also have incredible world class professionals who come in and make us look the way we do!”

For Deepika, ‘Pathaan’ is a very special film in her filmography.

Pathaan is part of Aditya Chopra’s ambitious spy universe and also has John Abraham in it. ‘Pathaan’ is set to release on January 25, 2023 in Hindi, Tamil and Telugu.

Mumbai– Actress Richa Chadha will next be seen performing the role of a frontline worker during the second wave of the Covid crisis in a yet-untitled film. 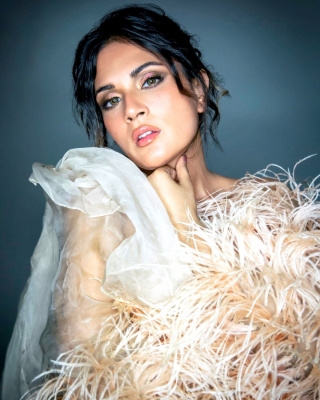 Talking about the film, which is under the banner of Zee Studios, Richa says it is based on “real incidents”.

“This is based on those real incidents that we all witnessed during the second wave of Covid. While there was loss and despair, there was also hope.”

“In fact I was so moved by this kindness of strangers that I had started Kindry, a small social media initiative that only amplified stories of goodness, selflessness through the second wave.”

The actress says that the “film takes a hard look at all our lives during the pandemic, where we were afraid to be human, there was enforced and mandatory distance.”

“It talks about the doctors and nurses who were doing their job selflessly. I am honoured to play the role of one such resilient nurse.”

The film is directed by Abhishek Acharya. Apart from that Richa has wrapped up the shoot of ‘Girls will be Girls’, the first movie of her co-owned home production.

The film is an Indo-French co-production which is being jointly produced by Pushing Buttons Studios, Crawling Angel Films and the French company, Dolce Vita Films.

Janhvi’s pet a fussy eater; she asks fans how to rev up his appetite

Mumbai– Janhvi Kapoor shared her concern about her furry friend Panda’s eating habits. Apparently, the cute little dog is “fussy” about his food, so she took to social media to ask her fans to suggest ways to get Panda to eat normally. 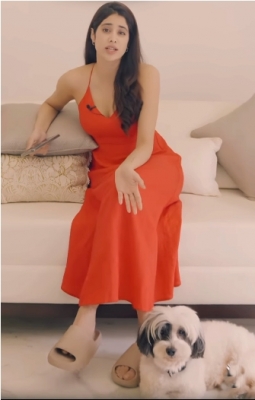 Janhvi, who is best known for her roles in films such as “Dhadak”, “Ghost Stories”, “Gunjan Saxena:The Kargil Girl”, “Roohi”, and “Mili”, shared a video stating the problem with Panda and requested fans to share healthy and interesting food ideas so that her pet starts eating properly again.

She also mentioned that shoots are keeping her busy and wrote in the caption: “You know how we get dull and lethargic and start losing our stamina and shine if we don’t eat well, and don’t get enough nutrients? I think that’s what’s happening with Panda too, guys!

“He has been so fussy about his food lately, he’s barely eating! I think I need to change his diet or introduce some new things into his routine!

“Do you have any suggestions for me? Help guys! What should I do?”

Priyanka Dhavale talks about shooting for a romantic dance sequence

Mumbai– TV actress Priyanka Dhavale shared how it was to pair with her co-actor Harsh Nagar for a romantic dance sequence during a sangeet ceremony in the show ‘Kyunkii Tum Hi Ho’. 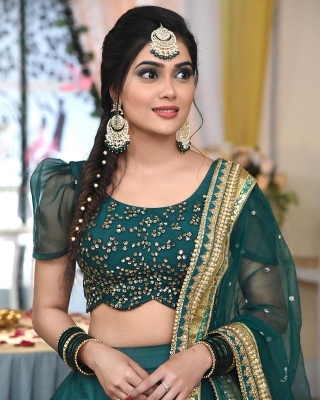 She said: “My excitement was on cloud nine when I learned about the dance performance as dancing is my passion. I’m a huge Bollywood fanatic, and I’ve grown up listening to Bollywood music, copying the hook steps, and mimicking the expressions.”

The actress added that getting an opportunity to dance on-screen is like a dream coming true and she is enjoying shooting for it: “Dancing on screen was one of my bucket list ideas, which has now been rightfully ticked.”

While giving details about the special dance sequence, the ‘Mehndi Hai Rachnewaali’ actress added: “I share a good rapport with Harsh, and when I got to know that he is my dance partner for this special sangeet sequence, I was all the more enthusiastic. We heard the song a couple of times, and then began our rehearsals that went on all day, from morning to late evening.”

“Learning and matching steps, and getting the rhythm, pace, and expressions right, were all enjoyable. Though we rehearsed day in and day out, it did not overwhelm us, and we did not feel tired at all. In fact, it was really fun, we had a great time shooting for it,” she concluded.

Mumbai– Anjali Arora of ‘Lock Upp’ fame opened up about her depression and mental health issues and shared how tough it is to deal with unnecessary trolling. 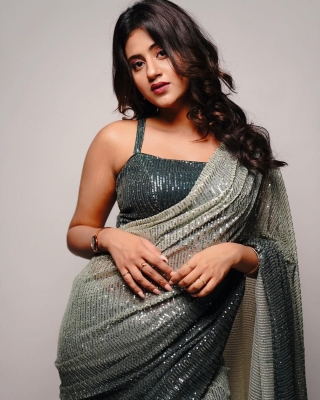 She shared: “When it comes to talking about anything wrong happening with anyone, there will be a lot of intellectual people seen putting forth their views and experiences, but the moment they switch off from society and open their social media, their mature, open, understanding thoughts get vanished and all they would leave with will be hate speech, abusive words, and I do not know what more.”

She spoke about facing severe mental illness after getting brutally trolled online.

She shared: “Yes, trolling does affect mental health deeply and it can disturb one’s life to the core. I know this very well as I have faced trolling at an immense amount, which not only made me cry a lot but also made me think about quitting social media.”

Anjali has been facing depression for quite long. In fact, once she revealed on a reality show that she attempted suicide in the 11th Std.

“I have been in a depression for a very long period, about some months. There was just one thing on my mind: why these things are happening to me and why I have to face such things in life. But by speaking about those things to my close ones, I made myself stable, and after putting up so much effort and giving more time to myself, I became stronger and I bounced back into a life full of enthusiasm.”

Talking about the solutions to deal with depression and mental illness, Anjali concluded, saying: “There is not a single solution for everyone, as everyone’s life, struggles, surroundings, thinking, mental health, and problems are not the same.”

Mumbai– Actress Pia Bajpiee will be seen reprising her role of Poonam Sharma in Syed Ahmad Afzal’s ‘Laal Rang 2’ which is a sequel to the 2016 film ‘Laal Rang’. She talked about working with the same team after six years and also explained the way her role has shaped up with time. 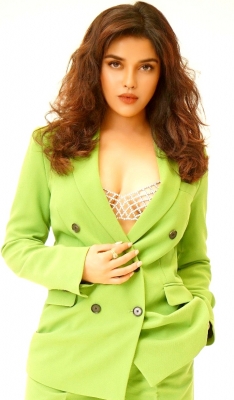 ‘Laal Rang’ was set in Haryana and it revolved around the blood trade business and Shankar (Randeep Hooda) was shown as the owner of an illegal blood bank. Bollywood actor Randeep Hooda is also back as Shankar in the film.

She shared about continuing to play the role of a girl from Saharanpur in the second part.

She said: “I couldn’t have asked for a better debut, and now that its sequel is coming soon, I’m super excited. It was an amazing experience working with the entire cast and the team, and a chance to reunite with them makes me so happy.”

The actress, who is known for her roles in Venkat Prabhu’s comedy drama ‘Goa’, Tamil film ‘Ko’, Telugu movie ‘Dalam’, Malayalam movie ‘Masters’ and Hindi movie ‘Mumbai Delhi Mumbai’, expressed her happiness at joining the entire team of the film after six years.

She added: “Working with the entire team after 6 years will be exciting and fun. My role is still shaping, I have a lot to add and learn. I can’t wait to start shooting as this time, my fans and audience will surely get to witness a lot more of me on screen.”

‘Laal Rang 2: Khoon Chusva’ is produced by Randeep Hooda Films, Avak Films and Jelly Bean Entertainment and is co-produced by Anwar Ali and Sonu Kuntal. The film is slated to go on the floors soon. (IANS)