New York– Deepika Padukone is the only Indian actress to feature in the Time 100 Influential People in the World, sharing space with names like Nicole Kidman, Gal Gadot, Greta Gerwig and Lena Waithe.

“Making that movie, Deepika took committed to a whole other level. That’s who she is as a performer. She wants the whole movie to shine, which is a rare thing.

“Anyone could talk about how beautiful she is, and anyone could tell you about her unmatched comedic timing. But she isn’t just a star. She’s an actor’s actor, dedicated to the craft,” Diesel wrote.

Deepika scored a success at the box office this year with the epic drama “Padmaavat” in which she played the title role.

One of the highest paid actors of Indian cinema today, she has 18 brands in her portfolio and has a strong social media presence.

Apart from her work as an artiste, Deepika’s philanthropic side has seen her spreading awareness on the condition of mental illness. She has spoken about her battle with depression and has been working towards creating awareness with her NGO The Live Love Laugh Foundation (TLLF).

The Time magazine list also features actress Meghan Markle, who will become a British royal family member upon her wedding to Prince Harry next month.

Ranbir, Deepika dazzled ramp of ‘The Walk of Mijwan’

Mumbai– Bollywood actors Deepika Padukone and Ranbir Kapoor set the ramp on fire at “The Walk of Mijwan” on Thursday night flaunting the outfit designed by ace designer Manish Malhotra. 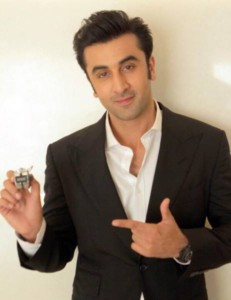 The duo looked stunning as showstopper, wearing beautifully embroiders dress from the collection of Manish. Ranbir dressed in black floral embroider sherwani and Deepika wore a pearlescent lehenga designed with heritage embroidery that celebrated the craft of needle.

The collection shows some of the quintessential Indian embroidery craftsmanship in Chikankari in various texture that celebrated traditional Indian design.

Organized by Mijwan Welfare Society, in the presence of veteran actress Shabana Azmi, the fashion evening was graced by many celebrated personalities of the film industry.

The event took place at the JW Marriott.

Have a daughter for true empowerment: Kajol

Mumbai– Actress Kajol, mother to 15-year-old girl Nysa, says one needs to have a daughter to know what true empowerment is.

Kajol, on Nysa’s 15th birthday on Friday, took to Twitter to wish her “breakthrough”.

“If you want true women’s empowerment… Have a daughter. There is nothing that breaks through cultural biases, pre-conceived notions, childhood conditioning faster than your own child! Happy happy birthday to my own little breakthrough Nysa,” Kajol tweeted.

Kajol married actor Ajay Devgn in February 1999. In April 2003, she gave birth to Nysa and seven years later in September 2010, the couple had a son whom they named Yug.

On the professional front, Kajol was last seen in the Tamil film “VIP 2”, directed by Soundarya Rajnikanth. She will be seen in Pradeep Sarkar’s new film in which young National Award winning actor Riddhi Sen plays her son.

“So happy and proud to see my friends Deepika Padukone and Virat Kohli on the Time 100 list. Big congratulations and so well deserved. Desi power. Represent,” Priyanka tweeted.

Deepika is the only Indian actress to feature in the Time 100 Influential People in the World, sharing space with names like Nicole Kidman, Gal Gadot, Greta Gerwig and Lena Waithe.

Mumbai– Actress Shilpa Shetty Kundra says she is a proud Indian, but has been feeling ashamed after incidents like the Kathua rape case in which an eight-year-old was brutally gang raped and murdered in Jammu.

Speaking at a product launch here on Wednesday, Shilpa said: “I am not a politician…but this is not a good situation. As a mother, I can say this much it must have left every mother with a daughter feeling very unsafe and a lot of fear in their hearts.”

“We are living in a democratic country and stringent laws have to be put into place when it comes to rape.

“Saying as much, as a mother and taxpaying citizen, I am very proud to be an Indian. However, I feel very ashamed when there are incidents like this,” Shilpa added.

“Some solutions must come and I am sure the government is working towards it. It is easy for us to just say it should be solved immediately but obviously there is a process,…”

Shilpa has invested a huge amount in start-up Mamaearth, which is backed by consumer-focussed capital firm Fireside Ventures and offers natural, toxin-free products for mother and baby care.

Talking about her association, she said: “I am very proud to be associated with Mamaearth. They are toxin-free and hypoallergenic products for kids.”

Shilpa is a perfect example of empowered Indian women, she marks her presence count across many dimension, through movies, television, health care, education, and business as well.

Talking about people putting women down, Shilpa said: “I feel bad for people who are demotivating, it just shows their insecurity. And I don’t encourage such people. Ignore them.”

The actor, who is seen as the superhero, spoke about it when he met former Australian cricket sensation Brett Lee during the “Avengers: Infinity War” press tour in Singapore. It will be aired on the Star Sports Network as part of Kent Cricket Live, read a statement to IANS.

Marvel Studios’ “Avengers: Infinity War” is set to release in India on April 27.

When quizzed on cricket, Cumberbatch said: “Graham Gooch was my hero when growing up. I loved playing cricket and because I was a wicket keeper, I had my eye on Jack Russell.”

Lee asked Cumberbatch for his views on who would best fit the role of Doctor Strange.

He said: “Sachin Tendulkar would do quite well in fitting the role as Doctor Strange as he is quite extraordinary.”

The interview will be aired on April 22.

New Delhi– Actor Diljit Dosanjh has been roped in as brand ambassador for the menswear of fbb, a fashion retail format from Future Group.

He will promote the entire men’s range — casual, sports, ethnic, formal and party collection, read a statement to IANS.

“Fashion is one’s own style statement. The clothes you wear are an extension of your personality. Through my association with fbb, I will explore different styles and hope my fans are inspired to discover fashion that defines their personality,” Diljit said.

On the association, Rajesh Seth, Chief Operating Officer at fbb, said: “Diljit represents today’s youth and connects seamlessly with fbb’s target audience. With this association we would like to capitalize on his popularity and strengthen our reach in the entire north zone.”

Meghan Markle will be a princess for the people: Priyanka Chopra

New York–Indian actress Priyanka Chopra, a close friend to Meghan Markle, who will become a member of the British royal family after her wedding to Prince Harry next month, is confident the compassionate and free-spirited woman will be a “princess for the people”.

Priyanka has penned a profile for Markle, who features in the Time 100 Influential People of 2018 list.

“Somewhere among biryani, poutine and endless conversations, I realised just how deeply Meghan Markle cares for the world. With her, what you see is real, and what you get is a relatable young woman with her heart and mind in the right place. Her compassion, evident in the causes she supports, and her drive to break down stereotypes — obvious in her actions — will connect her to a generation in much need of kindness,” Priyanka wrote.

The “Quantico” star believes Markle’s love story with Prince Harry is nothing short of a fairytale.

“This ever-smiling, strong free spirit found her prince, fell in love and in turn made a cynical world believe in fairy tales again. But more than anything else, Meghan is an important influencer in a world that needs strong public figures to respect and look up to. People the world can be inspired by. Meghan, standing shoulder to shoulder with Harry, will be a princess for the people.

“Love always, my friend. Live happily ever after,” Priyanka signed off about Markle, whose “Suits” airs in India on Comedy Central.

On Twitter, Priyanka congratulated her Indian friends Deepika Padukone and cricketer Virat Kohli for featuring in the Time’s list. She said she was happy and proud. (IANS)