Chitrangda Singh: ‘Bob Biswas’ is really special to me

Mumbai– Bollywood actress Chitrangda Singh has talked about the response to her role in ‘Bob Biswas’ opposite Abhishek Bachchan.

She said: “Well, I feel really overwhelmed hearing the amount of amazing responses I have been getting for the character that I essayed in ‘Bob Biswas’. This film is really special to me. I would really like to thank the viewers and my fans for appreciating all our efforts. ”

The actress further added on receiving few complaints from her fans and film critics about her not being seen more often on screen.

“Also, to the people who want to see me more often on screen, I assure them that it will happen hereon,” she said.

‘Bob Biswas’ is a spin-off of the 2012 movie ‘Kahani’. It is also the directorial debut of Diya Annapurna Ghosh, daughter of ‘Kahani’ director Sujoy Ghosh. The story is written by Sujoy Ghosh himself and Raj Vasant. It is streaming on ZEE5.

Nushrratt Bharuccha: I always try new approach to get into the skin of my character

Mumbai– ‘Chhorii’ actress Nushrratt Bharuccha says that she always approaches her characters with a blank slate.

Recently, the actress was seen in ‘Chhorii’ where she played a character while unravelling its layers.

Talking about her process for each character, the actress said, “With each movie, I always try a new approach or method to get into the skin of the character. Because, I never went to any acting school, or took any other form of formal training – I have always learnt on the job and found my own way to do a character.”

Sharing an insight on her character, the actress said, “In the film ‘Chhorii’, my character of Sakshi was a very layered, vulnerable, soft, impressionable, forgiving and yet fierce and fearless – a true survivor in all senses. Getting Sakshi’s emotional quotient right as a fiercely protective mother was very important.”

Ankita Lokhande injured ahead of her wedding, advised bed rest

Mumbai– TV actress Ankita Lokhande, who will soon get married to Vicky Jain, was admitted to a hospital following an injury to her leg.

The actress sprained her leg during the dance practice with Vicky for the ‘Sangeet’ ceremony after which she was rushed to hospital.

Although Ankita has been discharged from the hospital, doctors have advised her bed rest for a few days. Ankita and Vicky have been dating for a long time and are all set to marry at Mumbai’s Grand Hyatt on December 14.

Earlier, Ankita threw a fun bachelorette party which saw popular faces like Srishty Rode, Shraddha Arya, Amruta Khanvilkar and Mrunal Thakur in attendance. In another ceremony, both Vicky and Ankita were seen in traditional Maharashtrian attire as part of pre-wedding celebrations, and the pictures of the function had gone viral back.

Mumbai– Comedian Vir Das is set to star in a new series titled ‘Country Eastern’, which tells the story of a young and wealthy man from India who moves to Memphis, Tennessee in the US to restart his life and pursue his passion of becoming a country music singer. 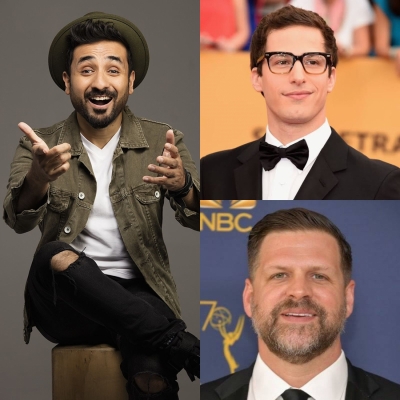 The only issue is that he doesn’t have the knack for it.

Talking about the series, Vir said, “It’s an exciting brand new project that is in the works and I’m happy to announce that the series is now being developed. The writing of the series is currently on. I’m excited to be collaborating with such immensely talented names, each of whom have an envious body of work. It’s a unique comedy and I’m looking forward to filming the series soon”.

Vir is set to co-write and executive produce the show with Sam Laybourne, with the latter also being the showrunner. In addition, Reg Tigerman, Andy Samberg, Jorma Taccone, Akiva Schaffer and Ali Bell of Party Over Here will also serve as executive producers for the show which CBS Studios and Fox Entertainment will produce.

Apart from this, Vir will soon be seen in ‘The Bubble’ being directed by Judd Apatow.

New Delhi– Actor Aayush Sharma is currently basking in the success of his latest release ‘Antim: The Final Truth’ as his performance has been praised.

He credits his co-star and brother-in-law Salman Khan for amplifying the presence of his much-talked about character Rahuliya in the Mahesh Manjrekar directorial.

Talking about how his performance was at par with Salman in the film, Aayush in a conversation with IANS said: “I am too small in the chart to even come close to Salman Khan but I think just the character is so grey and the whole narrative is around him. So, I think it was the surprise thing for the people and I think even for his fans… For, a very long time he (Salman) has not done a very dark film. This is indeed a dark action film.

“I think the character is what people like… I am thankful and grateful he was there. He amplifies the presence of this character.”

For his flawless performance, Aayush feels that “nobody expected this out of me”.

Was he expecting such a response?

“When the film began, I was like there is a Salman Khan in it I hope I don’t get completely washed out in this whole film. My intentions were I justify my presence in the film. I didn’t expect the reactions I have been getting… The kind of reactions people have been giving post the film has released and how people have responded to the character I was actually taken aback and I was overwhelmed by it.

He added: “I was playing a negative character in the film and suddenly people are coming out and tweeteing a grey character’s dialogue … people back home say ‘we are also Rahuliya’ that kind of thing started happening and I didn’t expect that.” (IANS)