Mumbai– Singer Armaan Malik on Monday reminded fans of the importance of wearing masks while attending public gatherings such as live concerts amid the ongoing Covid pandemic.

“I am seeing so many live concerts on my timeline where people in the audience are without masks. Like dude, cmon,” Armaan tweeted.

“They think that Covid has gone. Even in daily life people travelling through public transport they are not wearing the masks I don’t know why these people are acting such a way in the pandemic,” wrote a user.

“Tbh there shouldn’t even be any concerts during this pandemic. People need to be vaccined first and there has to be clear evidence according to scientific research that it is safe to hold events ect. Yes we will get through this but I think it will take time,” commented another user.

Mumbai– Actress Alia Bhatt has launched her production house Eternal Sunshine Productions. She has posted her company’s logo on Instagram along with the official announcement. 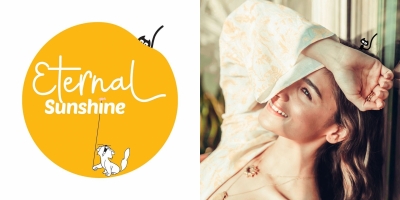 “And I am so happy to announce… PRODUCTION! Eternal Sunshine Productions. Let us tell you tales. Happy tales. Warm and fuzzy tales.  Real tales.  Timeless tales,” she wrote on Sunday night.

Alia Bhatt’s sister Shaheen too posted about the production house on her Instagram page.

The news about Alia’s production house has been doing rounds since 2019 but nothing official was said about it so far.

Alia will soon be seen in filmmaker Sanjay Leela Bhansali’s “Gangubai Kathiawadi” and also has “Brahmastra”, “RRR” and “Darlings” lined up over the next months.

Mumbai– Actress Taapsee Pannu on Monday reacted strongly to Supreme Court asking a rape accused if he is willing to marry his victim.

The Supreme Court on Monday asked a 23-year-old man, who has been accused of raping a minor girl, whether he would marry the victim. The accused person is a government servant.

Reacting to the news piece on Twitter, Taapsee Pannu wrote: “Did someone ask the girl this question ? If she wants to marry her rapist !!!??? Is that a question !!!??? This is the solution or a punishment ? Plain simple DISGUST!”

Fashion photographer Atul Kasbekar, too, reacted to the news piece on Twitter. “I honestly cannot fathom this warped form of ‘justice’. Whatsoever Who can possibly have any logic as to how this can be any sort of solution?” he wrote.

Taapsee is currently shooting for her forthcoming film “Dobaaraa” directed by Anurag Kashyap, who has previously directed the actress in the 2018 film “Manmarziyaan”. The film reunites her with her “Thappad” co-actor Pavail Gulati.

Preity to hubby: Cannot believe we clocked a decade together 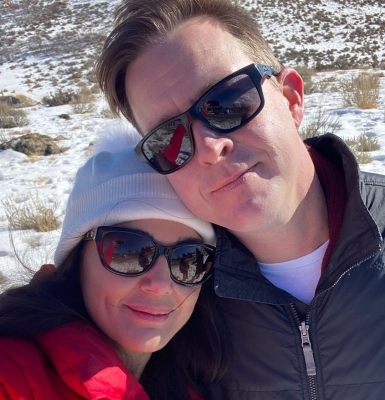 The actress tied the knot with Gene on February 29, 2016. The wedding took place in a private ceremony in Los Angeles.

Although the marriage took place in 2016, the couple was dating from 2011, evident from Preity’s new tweet where she speaks about clocking a decade together.

“Happy Anniversary my love. You’re the reason I look down at my phone and smile and then walk into a pole. Cannot believe we clocked a decade together. How time flies … Miss you …. Wish you were here. #5years #Happyanniversary #Hubby #Love #29feb,” Preity tweeted.

Preity often takes to social media to share romantic messages for her husband, referring to him as “Pati parmeshwar”.

“Love gets a whole new meaning with you in my life. Happy Valentine’s Day my darling … I love you #HappyValentinesday #Patiparmeshwar,” the actress shared on Instagram on the occasion of Valentine’s Day.

Mumbai– Actress Kriti Sanon played the character of a journalist in the social comedy “Luka Chuppi”, which released two years ago on this day. Looking back at the film, Kriti says she connected with her character Rashmi Trivedi on a personal level. 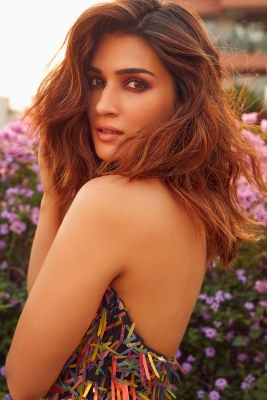 The film, which also starred Kartik Aaryan in the lead, revolved around live-in-relationships and was directed by Laxman Utekar.

“Rashmi was a great blend of modern thinking and rooted core, much like me. She was spunky, independent, impulsive, believed in taking her own life decisions and still had an emotional core. I had a lot of fun playing her and was overwhelmed with the love that she got,” Kriti said.

The actress is right now busy shooting for her upcoming horror comedy, “Bhediya”, with Varun Dhawan. She also has Vikas Bahl’s “Ganapath” opposite Tiger Shroff and Laxman Utekar’s “Mimi” in her kitty, besides Akshay Kumar-starrer “Bachchan Pandey”.

Mumbai– Actress Disha Patani has started shooting for the sequel of the 2014 hit, Ek Villain. 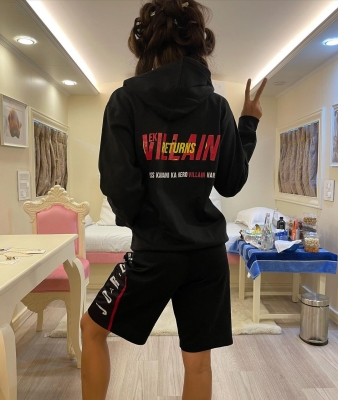 Disha posted a picture on Instagram. In the image, her back is towards the camera and she is seen wearing a black jacket that reads: “Ek Villain Returns.”

Her rumoured beau and actor Tiger Shroff wrote: “All the best villain”.

Tiger’s sister Krishna Shroff commented: “Woohoo! All the best, my D. Kill it like you always do.”

The film is a sequel to the 2014 film Ek Villian that had Sidharth Malhotra, Shraddha Kapoor and Riteish Deshmukh. The cast of the new film is yet to be officially confirmed.

The film is slated to release on February 11 next year. It also stars John Abraham, Arjun Kapoor, Disha Patani and Tara Sutaria. (IANS)