Have been looking for you: Anushka tells ‘doppelganger’

Mumbai– Bollywood actress Anushka Sharma has reacted to a message by her “doppelganger”, American singer Julia Michaels, who had shared about their striking resemblance with each other.

Earlier this week, a photograph of Anushka’s lookalike and Michaels went viral online for their uncanny resemblance.

On Monday, Micheals took to Twitter and shared a collage of their photographs and captioned it: “Hi Anushka Sharma, apparently we are twins.”

The “Ae Dil Hai Mushkil” actress acknowledged the message and wrote: “OMG Yes! I have been looking for you and the remaining five of our doppelgangers all my life.”

On the work front, the 30-year-old actress was last seen on the silver screen in “Zero”, which also stars Shah Rukh Khan and Katrina Kaif.

Los Angeles– Actress Neetu Chandra says she is enjoying the phase of getting to “master a new language” for her next project.

She is currently here preparing for her role in a Korean Taekwondo youth action drama show titled “Narae”.

She has been busy attending a workshop here and interacting with the people of Koreatown to get an understanding of the dialect.

“I have always believed in doing complete justice to every character that I’ve essayed on screen.

“My character in the Korean Taekwondo youth action drama requires me to speak the Korean language. Hence, I’ve decided to do a workshop here in Los Angeles to learn the nuances of the language,” Neetu said in a statement.

“I have also been interacting with the locals of Koreatown which would enable me to perceive the language in a certain way and adapt the dialect well.

“Although a task, it has been fun and I’m enjoying this phase of getting to master a new language,” added the actress, who is in the US for other projects as well.

“Narae”, which will be shot in Seoul, South Korea, will go on floors by April-May.

“I have always said that we shouldn’t tag them or label them as item songs. I have done so many songs and one thing that I would like to share is that I never felt objectified in any of the songs,” Malaika said.

“I have done all the songs willingly. I have done the songs knowing what the situation is. But if anybody does feel objectified with the songs then it is important for them to come forward and speak. But personally speaking, I loved the experience of doing all the songs,” she added.

Malaika expressed her views while interacting with the media at the launch of Sophie Choudry’s new single “Ajj naiyo sawna” on Tuesday here.

Adding to Malaika’s statement, Sophie said: “I also don’t want to call them ‘item numbers’ because it reduces their importance… The special song is made on grand scale and it is there to promote the film… Great music and dancing is a huge part of Bollywood culture, so we should consider it as a special song and celebrate it.”

New Delhi– Indo-German Bollywood actress Evelyn Sharma finds hosting “really fun” and says if given an opportunity, she would like to host talent-based reality shows as well. 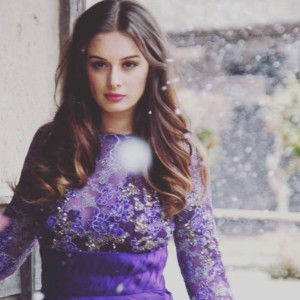 She has become a host of the weekly culture and lifestyle show “Euromaxx” for Germany’s international TV channel DW – Deutsche Welle.

“I was thrilled to get this offer. ‘Euromaxx’ covers so many aspects like culture, fashion, music, art and so many more details about the people of Europe. To host an amazingly interesting show like ‘Euromaxx’, which talks about so many aspects of Europe is going to be thrilling, especially since I am getting a chance to do it in English and German as well,” Evelyn told IANS in an email interview.

“I love hosting shows. It’s really fun. When I was shooting for ‘Life Mein Ek Baar’, I got a chance to learn Thai boxing so, I feel every show has its own fun element. I’m open to hosting all shows, not just travel or lifestyle-based shows. If given an opportunity, I’d like to host talent-based reality shows as well,” she said.

Always wanted to add Nick’s name to mine: Priyanka Chopra

New York– Actress Priyanka Chopra always wanted to add singer and husband Nick Jonas’ name to her own, and says it doesn’t take anything away from her identity.

Priyanka changed her Instagram handle to Priyanka Chopra Jonas after getting married to the singer in December. She opened up about her decision when she appeared on “The Tonight Show Starring Jimmy Fallon” to promote her Hollywood movie “Isn’t It Romantic”.

“I always wanted to add his name to mine because I feel, like, you know, we are becoming family. And I’m a little traditional and old school like that,” Priyanka is seen saying in an episode’s clip, which had surfaced on the Internet.

She also said it doesn’t “take away my identity. He gets added to who I am”.

She has a nickname for the couple in her mind as well.

“I have a celebrity nickname. But it is not taking off. It is Prick (Priyanka and Nick). It is so cool and unique. Nick also doesn’t like it and it is not catching on,” she said.

The actress is also working on her memoir titled “Unfinished”.

Have always looked up to Prabhudheva: Varun Dhawan

Mumbai– Actor Varun Dhawan, who is reuniting with Prabhudheva in the upcoming film “Street Dancer 3D”, says he has always looked up to the choreographer-filmmaker-actor.

Varun on Wednesday took to Twitter, where he shared a photograph of himself along with Prabhudheva.

“Oh Deva re Deva aya Prabhudheva. The God of dance Prabhudheva ‘Street Dancer 3D’. Very excited to work with this man again. He is someone I have always looked up to,” Varun captioned the image.

Varun and Prabhudheva had previously worked together in Remo D’souza’s directorial “ABCD 2” in 2015.

The “Badrinath Ki Dulhania” star then shared a poster of “Street Dancer 3D” in which Varun is seen lifting up his co-star Shraddha Kapoor.

“This has to be the most difficult poster shoot of my life. P.S. Shraddha Kapoor is very light to carry, but I nearly broke her in half ‘Street Dancer 3D’,” he wrote.

Helly Shah was in ‘no hurry’ to take up another show

Mumbai– Actress Helly Shah of “Swaragini – Jodein Rishton Ke Sur” fame last played a lead role in the 2017 daily soap “Devanshi”. After featuring in a reality show and an episodic format project, she will play a lead role in the upcoming show “Sufiyana Ishq”. She says she was in no hurry to take up another show as she wanted a break.

“I’m happy to be a part of ‘Sufiyana Ishq’ as the makers are giving me an opportunity to play a great and extremely challenging role. I wanted to wait for the correct time to return on screen. I was in no hurry as I needed a break to enjoy my life,” Helly said in a statement.

“Even after my show ‘Devanshi’ went off air, I was flooded with offers but I wasn’t keen on playing similar characters… I always look for something new, fresh and challenging,” she added.

She has also featured in shows like “Laal Ishq” and “Rasoi Ki Jung Mummyon Ke Sung”.

Shikha Talsania to be seen in ‘Gormint’

Mumbai– “Veere Di Wedding” actress Shikha Talsania will be making her debut in the digital space with web series “Gormint”.

According to a source close to the actress, Shikha will be seen essaying a “pivotal role” in the Amazon Prime Original Series.

“Manav Kaul and Girish Kulkarni have also joined the show. In the political satire, Shikha will be seen as one of the key members of Manav Kaul’s team. The cast has already started shooting together,” added the source.

Irrfan Khan was also supposed to do the show but he had to opt out due to his illness. He announced his decision last year in August.(IANS)