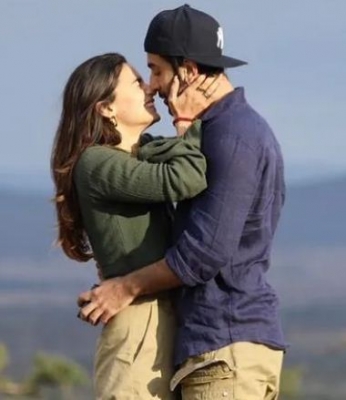 Mumbai– After announcing her pregnancy through an Instagram post recently, Alia Bhatt also changed her Instagram display picture to the one where she can be seen embracing her husband Ranbir Kapoor, as infectious smiles light up the couple’s faces.

Incidentally, the new picture was earlier shared by Alia’s mother-in-law and Ranbir’s mother, Neetu Kapoor on her Instagram. She had captioned the picture, “God bless”. Alia had taken to the comments sections of Neetu’s post as she wrote, “My favourite picture” followed by heart emojis.

Alia has since then put up the picture in question as her profile picture. Earlier, Alia’s mom Soni Razdan expressed happiness over Alia and Ranbir’s announcement of their baby’s arrival.

She told ‘India Today’, “We are simply overjoyed and over the moon with happiness. Both for the soon-to-be parents as well as for the whole family. There is nothing more profound, more joyful and more significant in life than having a child and bringing another being into this world. Our cup runneth over.

Urvashi Rautela chuffed to be compared with the evergreen Rekha

Mumbai– Bollywood actress Urvashi Rautela recently performed in front of a massive audience at the Umang Awards 2022 after which she is being compared to evergreen actress Rekha.

She performed on ‘Mere Dholna’ from ‘Bhool Bhulaiyaa 2’.

She says: “I feel literally blessed and thankful to my audience who are encouraging me compared to my favourite actress Rekha. I feel so glad.”

Rautela is a trained Kathak and Bharatanatyam dancer. Urvashi also shared her backstage rehearsal clip on her social media. She opted for a vibrantly colourful sari with a pleated stitched cloth.

For the accessories and makeup, she opted for ‘Temple Jewellery’, such as bangles, earrings, necklaces, and wristlets. The bun and the plait of her hair were decorated with flowers. 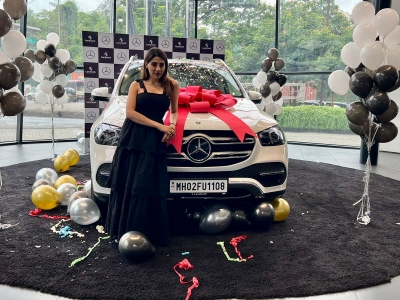 Nikki was seen wearing a black dress. She shares: “My dream is indeed being an artist who can entertain people on a regular basis. Yes, buying this car is one of my desires and I feel blessed that I could be able to do it. Without the love and support of my fans and well wishers, I could not have achieved this.”

The actress who was also seen on ‘The Khatra Khatra Show’ added: “I am truly blessed that the relentless efforts are paying off. I wish to go on a long drive and spend some quality time with my parents. Things have not been easy for us but we made sure to remain together.”

“It is time for us to celebrate and have a family time together. Needless to say, I need all your love, prayers and wishes in whatever I do in the coming days,” she concluded.

Mumbai– As Assam witnesses one of the deadliest floods in its history, Bollywood superstar Aamir Khan, who is awaiting the release of his upcoming film ‘Laal Singh Chaddha’, recently extended help towards the CM Relief Fund for Assam. 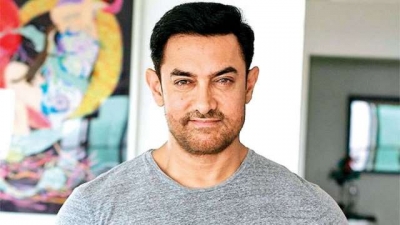 Currently, over 21 lakh people continue to remain in distress under the impact of the deluge. Taking to his social media, Assam Chief Minister Himanta Biswas Sarma shared a gratitude note dedicated to Aamir.

He wrote, “Eminent Bollywood actor Aamir Khan extended a helping hand to the flood-affected people of our State by making a generous contribution of Rs 25 lakh towards CM Relief Fund. My sincere gratitude for his concern and act of generosity”.

In the wake of ravaging surges, several Indian philanthropists are coming ahead to lend help. With their homes and fields submerged, several families in Assam have no option but to inadvertently risk conflict with wildlife in an elephant corridor in Nellie’s Khulahat Forest.

Mumbai– Hollywood star Gal Gadot, who will be seen sharing the screen with Alia Bhatt in the latter’s Hollywood debut ‘Heart of Stone’, and Priyanka Chopra Jonas, who will co-star with Alia in the Farhan Akhtar directorial ‘Jee Le Zaraa’, have congratulated the ‘Dear Zindagi’ actress on the announcement of her pregnancy. 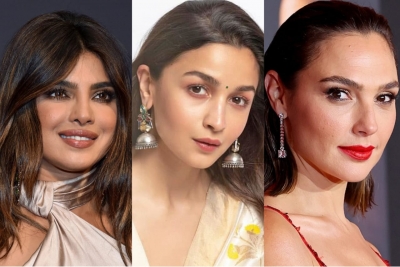 Alia had shared the happy news with her friends and fans, writing in the caption, “Our baby.. coming soon.” Gal Gadot had commented on the post with three heart emojis. Gal had also congratulated Bhatt on her wedding to Ranbir in April of this year.

Alia’s mentor and Dharma Productions head honcho Karan Johar too had taken to the story section of his Instagram as he uploaded a picture from Ranbir and Alia’s wedding day. Congratulating the couple, he wrote on the picture, “So much love for them! My baby is going to be a mother! I can’t express my feeling… so so so excited! Love you Both (sic).” (IANS)