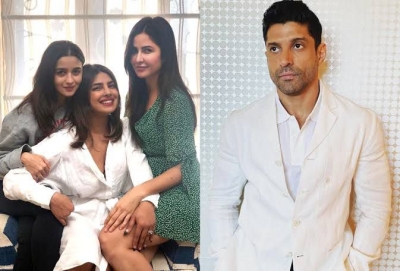 Written by Zoya Akhtar and Reema Kagti in collaboration, under the banner Excel Entertainment, the film was announced last year.

There were several rounds of speculation if the film is happening or not, Alia Bhatt debunked all rumours in her recent media interaction.

She said “IT’S HAPPENING!!…We will go on floors next year. Of course we can not go on the floor this year (Indicating to her pregnancy). We ain’t letting that film go. We are fighting for it and we are all too excited about it. It’s going to be quite massive and we can’t wait’. 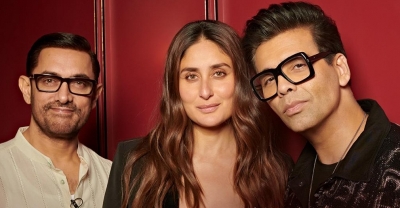 Raising the laughter quotient in the new episode, Aamir and Kareena, who will be seen together in the upcoming film ‘Laal Singh Chaddha’ will be seen opening up and letting their funny side out.

In the latest promo, Karan is seen asking Kareena: “Quality sex after babies myth or reality?”

Kareena funnily gives it back and says: “You wouldn’t know.”

Karan then replies: “My mother is watching this show and you all are talking badly about my sex life”

To which, pat comes a cheeky reply from Aamir: “Your mother doesn’t mind you talking about other people’s sex life”.

In a segment, Aamir asks Kareena what do you tolerate about me that you wouldn’t tolerate in others.

Aamir then asks Kareena to rate his fashion sense, to which the actress channels her inner iconic character Poo from ‘Kabhi Khushi Kabhie Gham’ and says: “Minus”.

Shocked by the response, Aamir funnily says: “Whenever you do your show, someone or the other cries”. 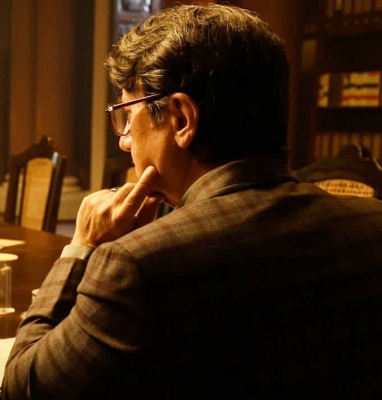 First look poster of Anupam from the film was released by the producers on social media on Tuesday morning.

Anupam Kher will play a pivotal role in ‘Tiger Nageswara Rao,’ despite the poster not showing his full appearance. When viewed from behind, Anupam Kher appears to be lost in his own thoughts, while the environment around him suggests that he is in fact powerful.

‘Tiger Nageswara Rao’, as is well known, is a biopic on the legendary burglar and is set in the 1970s in the Stuartpuram village of Andhra Pradesh.

Ravi Teja will be seen in a titular role in this movie.

Producer Abhishek Agarwal (‘The Kashmir Files’ producer) of Abhishek Agarwal Arts is making the film on an uncompromised budget because it is his most ambitious project, and the crew has just pulled off a casting coup.

The action drama will be made in Telugu, Tamil, Kannada, Malayalam and Hindi languages.

Mumbai– A photograph of Bollywood superstar Shah Rukh Khan from the sets of Rajkumar Hirani’s upcoming film ‘Dunki’ in Budapest has been leaked on social media and gone viral. 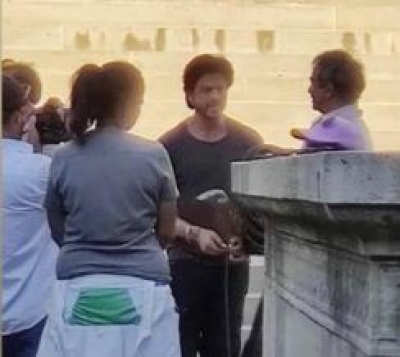 The 56-year-old superstar’s fan club shared his BTS pictures from the sets, showing him looking dapper in an all-black ensemble, engaged in a conversation with the director, even as the rest of the crew mill around them.

‘Dunki’, which is slated to be released in theatres on December 22, 2023, and is being billed as an “emotional romantic comedy”, is said to be about a Punjabi boy who emigrates to Canada.

Shah Rukh’s wife Gauri Khan is also associated with the production of this film.

The star will also be seen in ‘Pathaan’ with Deepika Padukone and John Abraham and he has a film also lined up with Tamil director Atlee titled ‘Jawan’.

Chennai– The unit of director Gunasekhar’s upcoming mythological drama, ‘Shankuntalam’, featuring actress Samantha Ruth Prabhu in the lead, has said that post-production work of the film is progressing at a brisk pace and that the “challenging CG complexities are being dealt with good precision.” 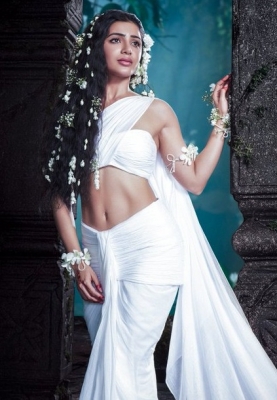 Taking to Twitter, the film’s producer Neelima Guna said, “This is to all the fans who’ve been tweeting asking for updates about ‘Shaakuntalam’. The post production work is going at a brisk pace, the challenging CG complexities are being dealt with good precision as we prepare to give you a good quality output… Hence the time.

“At this crucial juncture, the team deserves your support and understanding, which I’m sure you will shower on us.

“We will put out more content and updates as and when we can. Thank you for your love.”

The statement came as several fans, eager to know about the status of the project, kept demanding an update from the makers.

The film, which is based on the popular play ‘Shakuntala’ by Kalidasa, has Samantha playing the titular role and Dev Mohan playing Dushyanta.

It is a blessing to work with Jayaram: Karthi

Chennai– Showering praises on actor Jayaram, with whom he worked on director Mani Ratnam’s eagerly awaited magnum opus, ‘Ponniyin Selvan’, actor Karthi said that only Jayaram could be called an actor while Jayam Ravi and he were only at the ‘a’ of acting. 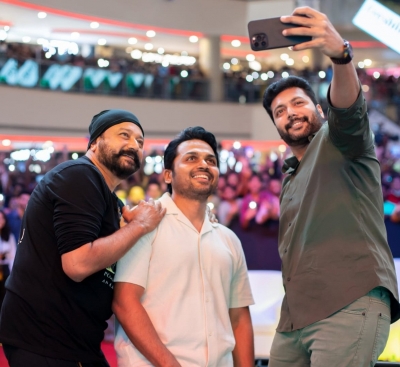 At an event where the first single of the film was recently launched, Karthi said, “Making this film was such an enterprising experience. Jayam Ravi, Jayaram sir and I were the only ones who have been together for the longest time for this film.

“It is a blessing to work with someone like Jayaram sir. Ravi and I would tell this to each other often. ‘Only he (Jayaram) is an actor and we are just at the ‘a’ of acting.’ Such a talent!”

Turning to Jayaram, Karthi said, “We are blessed sir.”

The first part of the two-part film, which is based on the classic novel ‘Ponniyin Selvan’ by legendary writer Kalki, releases on September 30 this year. (IANS)