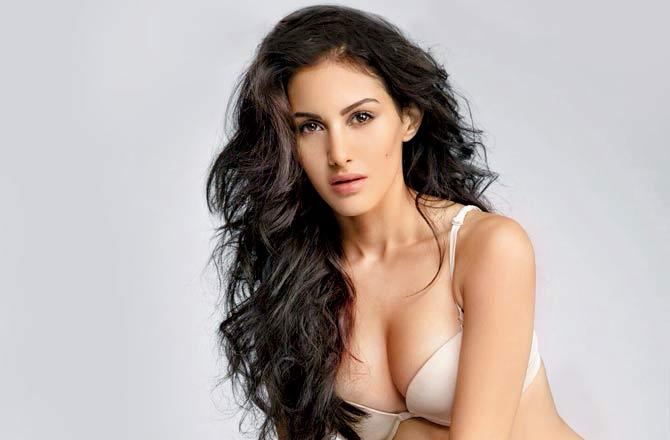 Mumbai– As actress Soni Razdan awaits the censor board’s green signal for her film “No Fathers In Kashmir”, her daughter and actress Alia Bhatt has come out in support of the film.

Alia on Thursday took to social media and urged the Central Board of Film Certification (CBFC) to lift the ‘ban’ on the film.

“Was so looking forward to mom’s ‘No Fathers In Kashmir’… The team worked super hard for this honest teens love story in Kashmir. Really hope the CBFC would lift the ban. It’s a film about empathy and compassion. Let’s give love a chance,” she wrote.

The film is directed by Ashvin Kumar, who has been struggling to get a U/A certificate for it.

In December 2018, Ashvin had said the CBFC after an inordinate delay of nearly 90 days and of giving him no clarity on what it was finding objectionable in the film, came up with a list of cuts that he and his team objected to as “the cuts proposed were based neither on reality nor on law”.

Everything boils down to the script itself: Deepika Padukone

Mumbai– Actress Deepika Padukone, who was last seen onscreen in “Padmaavat”, says that everything boils down to the script itself for a film to work at the box office.

Deepika was addressing the media at the cover launch of the book titled “The Dot That Went for a Walk” on Wednesday, here.

“I think it’s amazing and nice for us to say that women centric or female centric films are working at a moment like this when we are talking about female role models. Having said that, when it comes to creativity, we need to look beyond female or male,” said the actress.

One witnessed that female driven films like “Hichki”, “Tumhari Sulu”, “Raazi”, “Piku” and many others did exceptional business at the box office whereas films of big stars with big budgets bombed at the box office.

Deepika added that for her everything boils down to a film script.

“It’s about the film. It’s a different thing that the films that the ‘Khans’ did, didn’t work but there was film like ‘AndhaDun’ which was led by Ayushmann Khurrana that did wonder at the box office so I think everything boils down to the script itself. But yes, I see a trend where films that are being led by women are doing much better,” she said.

Mumbai– Actress Amyra Dastur says her own personality is closest to the zestful character she essays in “Koi Jaan Na”, in which she will be seen opposite Kunal Kapoor.

The film is a psychological thriller and is being produced by T-series.

Amyra, who is currently busy with the film’s shoot, said in a statement to IANS: “My character in the film is a free-spirited wanderer. She has a fierce zest for life and for living it up to the absolute fullest. She is quirky and perfectly imperfect. My personality is closest to this character compared to any other films I’ve done or shooting for currently.

“Amin (director Amin Hajee) wanted me to play myself and that’s exactly what I did for the audition.”

Mumbai– Actor Maniesh Paul is in awe of the heroism of Indian soldiers, and calls them “real heroes”.

“The training and heroism showed by the Jawans at BSF Camp, Jammu is commendable. I was surprised to witness so many talented men under one roof and I strongly believe that these are our real heroes who protect our borders day in and day out without a doubt,” Maniesh said in a statement to IANS.

Maniesh was in Jammu last week at the BSF base camp to entertain the soldiers as part of Comedy Central’s campaign “Spread the Cheer”.

“I am glad to be associated with Comedy Central to ‘Spread The Cheer’ among these brave men of our country,” he said.

Maniesh was given a special tour of the camp, starting with a visit to the Martyrs’ Memorial paying tribute to the BSF Jawans who lost their lives in the line of duty, followed by a glimpse of the intensive training of the BSF Commandos and finally playing kabaddi with the jawans.

He will be seen playing a negative role in the show. His character needs to be well built to showcase power and strength, among other characteristics. So, he was advised to gain 10 kg.

“As an actor, I believe in giving my 100 per cent to ensure that complete justice is done to the character. It was a tough routine that my gym instructor had put me on to achieve the desired physique,” Ram said in a statement.

“My diet was full of eggs, chicken and protein shake,” he added.

Animal lover Sidharth Malhotra and Diana Penty looked royal and dapper as they walked the ramp, but the real show-stealer was a stray dog, which stumbled upon the ramp walk and did his bit on the runway.

As Sidharth Malhotra made his way to the runaway, a stray local dog stumbled on the stage, looking for food. As the old saying goes the show must go on and indeed it went on.

The models and actor’s completed their walks without hurting or disturbing the animal. Eventually, it jumped into a nearby bush, not before the entire fashion aficionados were left in splits after seeing it nail the catwalk.

Sharing his experience walking the ramp for designer Rohit Bal at Blenders Pride Fashion Tour, Sidharth said, “It’s a birthday gift to walk for him. I did ramp walk for him during my college days. A few months before, we were discussing that we have to do a show together and this show was organized on my birthday so, it was quite exciting.

Mumbai– Actor Kartik Aaryan is lending support to a campaign which urges people to free the country from violence against women.

Kartik will flag off the Family Planning Association (FPA) of India’s nationwide campaign #StreeHinsaMuktBharatAbhiyaan at the Tata Mumbai Marathon 2019 on January 20.

“The Family Planning Association of India in its 70-year-old journey towards women empowerment has launched a campaign towards violence against women. It’s time for all of us to stand up against such violence and give care and support to survivors. I urge everyone, men and women to lend their support to it and free our nation from violence against women,” Kartik said in a statement.

The campaign is aimed at breaking the silence around gender-based violence. (IANS)