He says: “Since, I started my acting career or the time moment I realised that I want to become an actor. I was always fascinated by the grey shaded characters. I must have watch a number of movies and series in which the protogonists had a dark side and I always loved those characters.”

Akshit, who has earlier essayed the titular role in ‘Shubharambh’ and ‘Lakshmi Ghar Aayi’ enjoys experimenting as an actor.

He shares: “As I started with my first show, I got the tags of being bhola bhala (innocent), gharelu ladka (homely boy), and chocolaty boy. No doubt all those worked for me. I feel any actor would love to hear such compliments. As being favourite among audience really works in acting career. But still as an actor I wasn’t satisfied with what I was doing and I knew I wanted to explore. I enjoy experiments.”

Rashmika laughs off report claiming she demands flight tickets for her dog from producers!

Chennai– Actress Rashmika Mandanna, who is one of the top actresses in the Tamil, Telugu and Kannada industries, has laughed off a media report that claimed that the actress has been demanding flight tickets for her pet dog from producers. 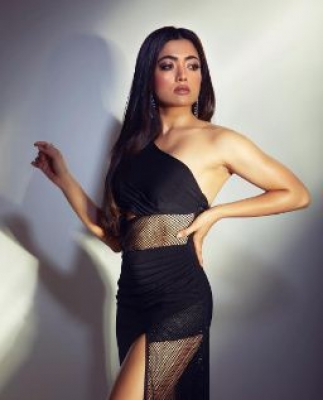 Quoting the article with the headline, ‘Rashmika Demands Flight Tickets For Her Pet Dog’, the actress tweeted the Rolling On the Floor Laughing smiley several times and said, “Hey c’mon, don’t be mean now. Even if you want Aura to travel with me, she doesn’t want to travel around with me. She’s very happy in Hyderabad. Thank you for your concern.”

She went on to say, “Sorry but this made my day.. Couldn’t stop laughing.”

One of her fans pointed out to the actress on Twitter that there were several more such news reports like these.

To this, the actress responded, saying, “Really? please keep sending them to me no (sic). My God!! I wonder what all my loves are being fed. I feel sorry though!”

Rashmika will be seen opposite actor Vijay in his upcoming Tamil-Telugu bilingual film ‘Varisu’, which is being directed by Vamshi Paidipally.

Mumbai– Actor Rajkummar Rao, who was holidaying with his actress-wife Patralekhaa, took a break from his honeymoon and gave time to his work and travelled to Mumbai to attend the trailer launch of his film ‘Hit: The First Case’. 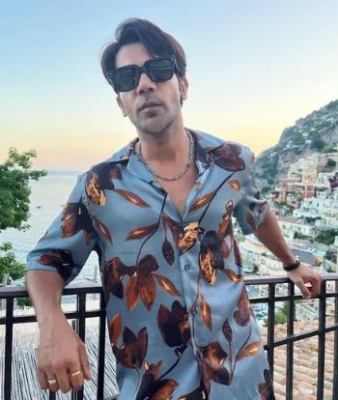 Rajkummar arrived in Mumbai, travelled 22 hours to be part of the grand event only to travel back to his holiday later in the night.

Talking about the same at the event, the actor shared, “It was important for me to take a holiday after such a long pandemic as I couldn’t take one after my marriage. I landed this morning at 9 am and I will be flying back tonight itself.”

“I travelled all this way just for the trailer launch of my film because this film is very special to me and Sailesh is an excellent filmmaker. His original HIT was one of my favourites. And it was fun shooting with Sanya, Bhushan Sir, Dil Raju Sir and Kuldeep sir. So, when the team informed me that we are planning to launch the trailer and you might have to come for a day to attend it, I did not even think for a second before saying yes because this is the film that I am proud of.”

He added: “This film presents me in a very different avatar and it also brings a great investigative thriller in our Indian Cinema because there are hardly any thriller films and a good thriller film is absolutely rare. So, I am very very happy that we all are a part of HIT: The First Case.” 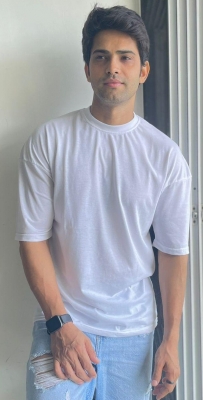 He says: “I’m really excited to join the cast of such a big project in which I will get to meet so many popular stars whom I have loved since my childhood.”

“It will be a dream debut for me. I feel after working in TV shows and digital projects if time favours me like this I will enjoy Bollywood opportunities. I’m really thankful to God for this project coming my way..”

Patidar who started his TV career, with ‘Fanaah: An Impossible Love Story’, and later also acted in popular shows like ‘Ishq Subhan Allah’, ‘Kasamh Se’, ‘Jodha Akbar’ among others is a big fan of Bollywood star Hrithik Roshan and his role in ‘Baap’ has connection with his role model.

Divyannk adds: “In the movie I’m playing the role of Rohit. And I’m cast as Jackie sir’s sister’s boyfriend in the movie.”

“I’m actually excited as my role model Hrithik Roshan also essayed Rohit in his Bollywood debut ‘Kaho Naa… Pyaar Hai’. I see this coincidence as good luck for me. As I’m a big fan of Hrithik sir.”

Adhik Mehta: ‘Anupamaa’ will be a great milestone in my acting career

Mumbai– Actor Adhik Mehta, who is currently seen in popular TV show ‘Anupamaa’, reveals his career in acting was his childhood dream. 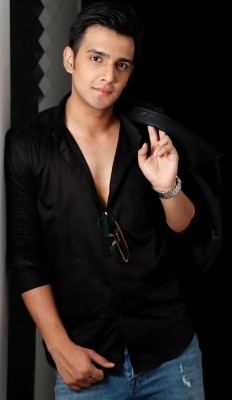 He says: “I was sure to become an actor since my childhood. I still remember how much I used to adore Bollywood star Hrithik Roshan. I was clear that I too want to act. And by God’s grace I’m living my dream. I’m happy the way my acting journey is growing. Like anyone in this profession desires to act for a titular character, so do I! I wish to play the hero, and I’m waiting for such an opportunity.”

The ‘Choti Sarrdaarni’ actor feels the show being the most watched among the audience will help him to achieve success.

He adds: “I’m lucky to have this opportunity to be one of the important parts of the show. The show has come to me as a blessing. And interestingly my onscreen and real name is Adhik. As the show is popular among the audience, I’m sure it will be a great milestone in my acting career. I’m really happy about it.”

Arjun Kapoor to ring in 37th birthday with Malaika in Paris

Mumbai– Bollywood actor Arjun Kapoor will turn 37 on Sunday and to ring in his special day he will be spending it with his lady love Malaika Arora in Paris. 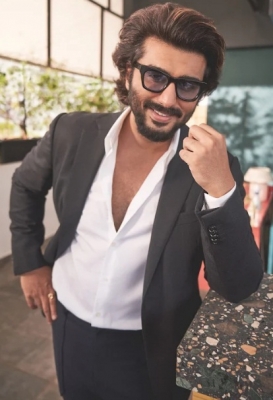 A source close to the actor shared: “Arjun hasn’t had any time off recently. He has shot for his films back to back and his fitness journey too hasn’t allowed him any elbow room to let his hair down.

“Arjun will get into heavy promotions for Ek Villain 2 but before that he wants to spend a quiet birthday. He has flown to Paris with Malaika and the two will spend a week together in the most romantic city in the world.”

The source added that Arjun knows that he won’t be able to take a break for many months because between his new film shoots, to brand commitments, to other endorsement opportunities, he won’t get any breather.

“There are several new exciting films that have also come his way and he will choose some really cool projects soon. So, he is currently in one of the most exciting phases of his career and he is relishing it. He just wanted to go away from the prying eyes and relax and refocus on the task at hand when he comes back to town.”

On the work front, he has three films lined up for release, ‘Ek Villain Returns’, ‘Kuttey’ and ‘The Ladykiller’. (IANS)