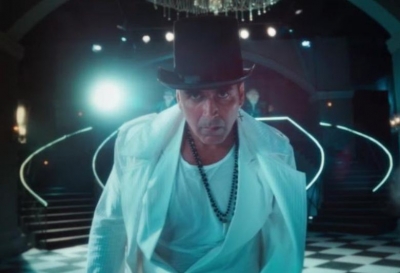 Mumbai– The song ‘Rabba’ from the Akshay Kumar and Rakul Preet Singh-starrer ‘Cuttputlli’ was released on Tuesday. It presents Akshay Kumar in a dapper avatar dancing to the upbeat tune as Rakul sets the stage on fire with her moves in a red dress.

The song has been choreographed by Prince and directed by Ahmed Khan, and has an interesting hook for the audiences to latch onto. British composer Dr Zeus and Indian playback singer Sukhwinder Singh have gone behind the mic to lend their voices to the track, the music of which has been composed by Zeus himself. The lyrics are penned by Omar Malik.

Produced by Vashu Bhagnani and Jackky Bhagnani, Deepshikha Deshmukh and Pooja Entertainment, directed by Ranjit M Tewari ‘Cuttputlli’ unmasks the killer and decodes the mystery using Akshay Kumar’s character of Arjan’s skills to understand the psyche of the murderer. The film is a remake of the Tamil crime-thriller ‘Ratsasan’ which starred Vishnu Vishal.

‘Cuttputlli’ will be available to stream on OTT platform Disney+ Hotstar on September 2.

Mumbai– Actress Sara Ali Khan was photographed on a dinner date with cricketer Shubman Gill at a Mumbai restaurant. 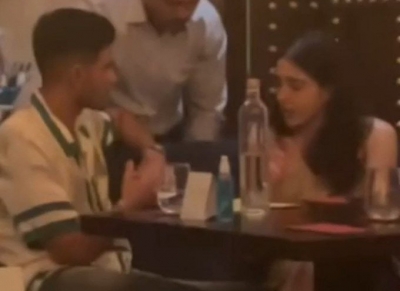 A picture of Sara Ali Khan and Shubman enjoying a meal together is doing the rounds on the Internet.

Sara Ali Khan is actors Saif Ali Khan and Amrita Singh’s elder daughter. She was earlier rumoured to be dating Kartik Aaryan, with whom she was seen in the film ‘Love Aajkal 2’. Shubman Gill is part of the Indian cricket team and started his international cricket career in February 2017.

On the acting front, Sara, who was last seen on screen in ‘Atrangi Re’, will next be seen in ‘Gaslighit’ alongside Vikrant Massey. She also has Laxman Utekar’s untitled project with Vicky Kaushal.

Mumbai– Bollywood actor Arjun Rampal, who was last seen as the antagonist in the Kangana Ranaut-starrer ‘Dhaakad’, will have a cameo appearance in the upcoming thriller film, ‘Nikita Roy and Book of Darkness’. The film recently went on floors in London and will be shot in Britain’s capital and other parts of the UK. 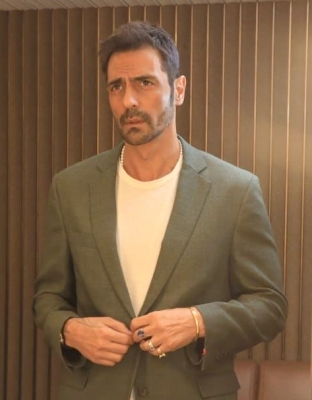 Talking about joining the cast, Arjun says, “It was a real pleasure to do a cameo in this film, as it reunited me with Paresh Rawal, who I adore, Nicky Vicky who I have seen as kids and now as producers. Also I am very fond of the Sinha family and so delighted to see Kush at work doing so well and Sonakshi in a totally different avatar.”

“‘Nikita Roy and Book of Darkness’ will be a film to look out for and I wish the whole team my best wishes for it, as I had a blast working with them,” the actor added.

‘Nikita Roy and The Book of Darkness’ is produced by Nicky Bhagnani, Vicky Bhagnani and Ankur Takrani of Nick Vicky Bhagnani Film, Kratos Entertainment, Kinjal Ghone of Nikita Pai Films and Dinesh Gupta. The film is expected to release in 2023.

Mumbai– Kriti Sanon has opened up on what’s going on between her and Aditya Roy Kapur. The actress recently appeared on popular chat show ‘Koffee With Karan’ and spoke about her equation with the actor and mentioned that they would “look good together”. 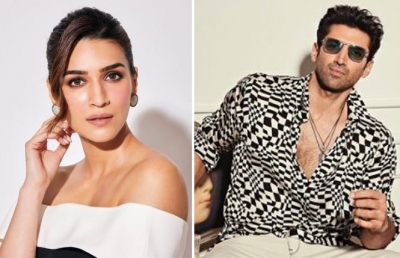 During a point in the episode, show host Karan Johar mentioned that Kriti and Aditya were seen canoodling in a corner at his party.

Responding to this, Kriti, who was seated on the couch along with her ‘Heropanti’ co-star – Tiger Shroff, said: “I don’t canoodle in a corner, and you know that! But yes, we were talking and he is a fun guy to be around.”

Calling Aditya “a very nice guy”, Kriti further mentioned: “I think we would look good together.”

New episodes of ‘Koffee With Karan’ Season 7 are available to stream on Disney+ Hotstar.

Before playing a mother in ‘Sanjog’, Shefali Sharma took tips from her mom

Mumbai– Actress Shefali Sharma, who is playing a mother on screen for the first time, says she took the help from her mother to understand her character well in ‘Sanjog’. 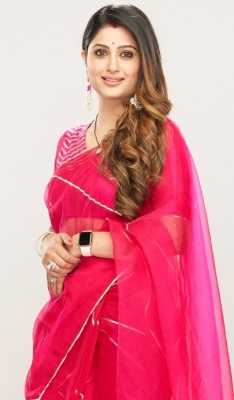 She shares: “This is the very first time I am portraying the character of a mother on-screen, and I am super excited about this. While I did my thorough research for the part by reading all the documents we had and seeing several mother-daughter videos, I wanted some help to get all the nuances right.”

Shefali says that to bring out the emotions of a mother is never easy and to do it perfectly in ‘Sanjog’ she took suggestions from her mother.

“From my actions to my reactions, the way I carry myself, to how I speak to Tara (Hazel Shah), how I behave with her, and so on, I wanted to get each aspect correct. To ace these nuances, I took the help of my real mother and I don’t think any person would be able to help me other than my mother,” she adds.

Sharma hopes viewers will connect to her on-screen personality: “I have always seen my mother as a supermom, and so, she was the first person I reached out to take some tips for the show. I hope I am able to do justice to the character of Amrita and the audience loves my character and the show.” (IANS)