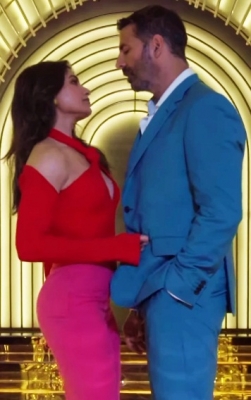 Akshay, Samantha groove on ‘Oo Antava’ in ‘Koffee With Karan’

Mumbai– Stars Samantha Ruth Prabhu and Akshay Kumar, who will be seen on the upcoming episode of ‘Koffee With Karan’, grooved to the popular track ‘Oo Antava’ from the film ‘Pushpa: The Rise’.

A clip of the two dancing on the number, originally picturised on Samantha and Allu Arjun, was shared on the Instagram page of Disney+ Hotstar.

The two guest stars of filmmaker Karan Johar’s show were seen doing the hook step of the number, which was released on January 7 and currently has 272,289,880 views.

The caption of the video reads: “The cool and the killer raising temperature in the house!”

The teaser of the third episode was unveiled on Tuesday. Akshay made his entry in true Khiladi fashion, carrying the show’s debutant Samantha in his arms. The episode marks his third appearance on the show.

The new episode of ‘Koffee with Karan’ Season 7 will drop on Disney+ Hotstar on Thursday at 7 p.m. 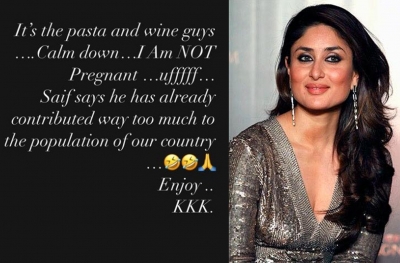 Kareena, who was holidaying in London with her family, took to Instagram to respond to the reports claiming that she is going to be a mother for the third time. It all started when a picture of Kareena from the vacation went viral, with reports claiming it showed a baby bump.

She wrote on her instagram story: “It’s the pasta and wine guys…calm down…I am not pregnant.. uffa.Saif says he has already contributed way too much to the population of our country…enjoy…KKK.”

On the work front, Kareena currently awaits the release of ‘Laal Singh Chaddha’ starring Aamir Khan. She is also set for her digital debut and will be seen in an OTT project directed by Sujoy Ghosh.

Mumbai– Bollywood actor John Abraham has shared his favourite song from his upcoming movie ‘Ek Villain Returns. He reveals it is ‘Naa Tere Bina’ and said that the track embodies the heartbreak that runs as an undercurrent through the film. 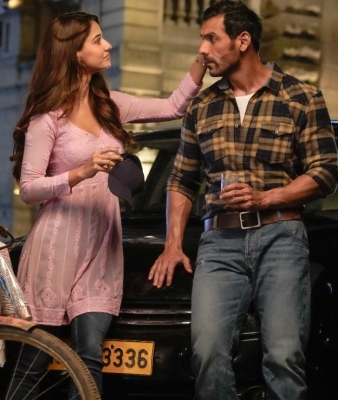 John says: “We all have our favourite songs in the movie, mine is “Naa Tere Bina” it isn’t out yet but I can’t wait for the fans to hear it. It’s been on my playlist on loop.”

“Naa Tere Bina is one of those soulful, tugs-at-your-heart kind of a song. It embodies the heartbreak that runs as an undercurrent through the film. It is as intense as satisfying and the cast did a great job taking the song and adding so much more of themselves into it,” he adds.

The movie is directed by Mohit Suri and jointly produced by T-Series and Balaji Motion Films.

Mumbai– ‘Khatron Ke Khiladi 6’ fame Iqbal Khan, who is busy with his show ‘Na Umr Ki Seema Ho’ in Indore, has shared his experience of shooting in the city and what he liked most about it. 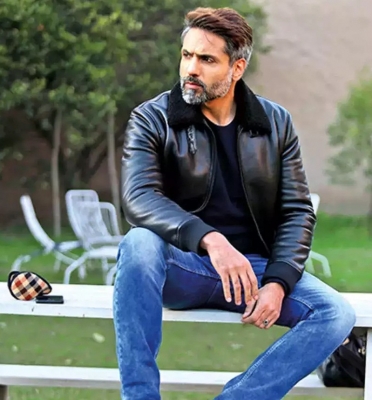 Iqbal says: “I have come to Indore many times and I have seen this city growing and getting better. I am very happy that now I am playing the hero of this city-based serial.”

He shares about the famous markets of the city, saying: “Though we didn’t get much time to explore the city we still managed to take a stroll to the famous Sarafa Bazaar and try some delicacies.”

“The people here are very warm-hearted and have always showered me with love. I hope that I keep getting a chance to visit this beautiful city again and again,” he adds.

The show revolves around two individuals — Dev played by Iqbal Khan and Vidhi played by Rachana Mistry — who fall in love despite the age gap between them.

Mumbai– Veteran actor Anupam Kher recently saw R. Madhavan’s directorial debut ‘Rocketry: The Nambi Effect’ and he seems to be mightily impressed. Anupam took to Twitter with a video where he shared his thoughts after watching the film. 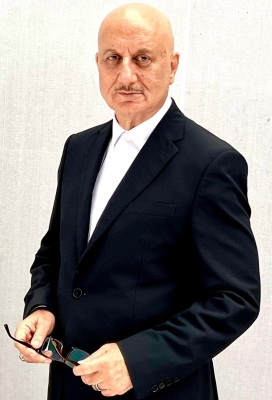 The ‘Special 26’ actor said every Indian should apologise to rocket scientist Nambi Narayanan, who was once wrongly accused of espionage. R Madhavan, who has directed the film, also portrays the lead character of the former aerospace engineer.

Sharing the video on Twitter, Anupam wrote, “Watched @ActorMadhavan’s #RocketryTheFilm based on @NambiNOfficial’s life. OUTSTANDING! MOVING!!INSPIRATIONAL! Cried my heart out. Every Indian should watch it! And say sorry to #NambiNarayanan sir. That is how we can correct some wrongs done in the past. Bravo dear #Madhavan!”

Anupam can be heard saying in the video that he felt both sad and proud on watching the compassion with which R Madhavan portrayed the character. “It is certainly one of the best films that I have seen of late,” he said. He also complimented the choice of dialogues and the casting.

Praising Madhavan’s performance, the senior actor said, “Your performance is world class, you are phenomenal.” The actor urged the youth to watch the film, calling it highly inspirational and encouraging.

Mumbai– Bollywood actor Vineet Kumar Singh, who is gearing up for the upcoming third season of popular OTT series ‘Rangbaaz’, recently opened up on what attracts him to dark and intense roles. He feels that having done so many characters with a dark undertone sets the reference for the storytellers as they visualise him easily in such roles. 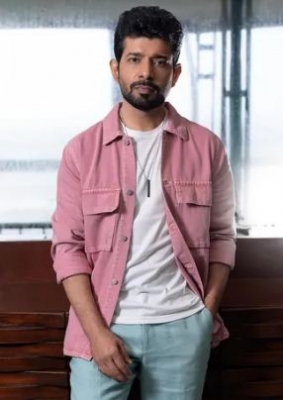 The actor said, “Makers give me dark and intense roles because they think I’ll be able to do it well. And I feel as if I have done such roles majorly so it becomes a reference point. It’s not that I love doing only dark & intense roles. I want to play more different types of characters which I will in the future.”

His character of Haroon Shah Ali Baig in ‘Rangbaaz – Darr Ki Rajneeti’ is very far off from what he is in real life. So how did he crack this character and get into his skin? He revealed, “I had to do a lot of research to find and understand this character and his characteristics. I read the script many times, and marked many things which would take me closer to the character.”

Sharing his process further, he said, “I spend a lot of time with the writer, director and the showrunner to understand how they perceive the character. After collating all material, I then try to get into the mind of the character and then start feeling the mannerisms of the character. Then I get prompted from within, what is right and what is wrong about how I am pursuing this character.”

“For me it’s very difficult to switch on and off from the character because I take a lot of time for preparation but once done with the prep then I let loose and let things flow naturally and organically,” he added. (IANS)