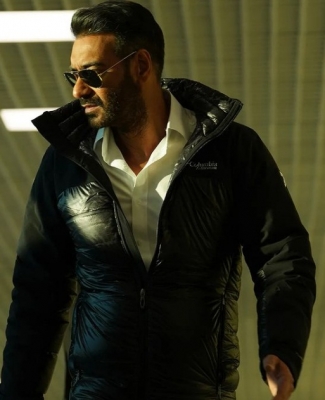 Mumbai– Bollywood superstar Ajay Devgn celebrated the occasion of Ganesh Chaturthi with a throwback post on his social media. The ‘Singham’ actor took to his Instagram and shared an old video of himself from a Ganpati pandal.

In the video, Ajay can be seen performing the aarti and seeking blessings from lord Ganesha. Ajay’s wife Kajol, too, shared a picture of lord Ganesha in the story section of her Instagram. She wrote on the picture: “Happy Ganesh Chaturthi”.

On the work front, Ajay has a string of films in the pipeline. He will next be seen in ‘Thank God’ alongside Sidharth Malhotra and Rakul Preet. The film is scheduled to arrive in cinemas on Diwali 2022. He will follow it up with the release of ‘Drishyam 2’, an official remake of the Malayalam film of the same name. Another film of his, ‘Maidaan’ has completed; however, the makers are still mulling over the film’s release date.

Mumbai– Bollywood actress Kiara Advani shared how she learned from Kareena Kapoor to be cautious during the shoot while facing the camera so that there is no chance of going out of the frame. 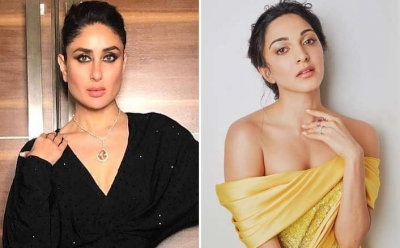 Calling it “amazing”, she shared her working experience with Kareena in 2019 film ‘Good Newwz’: “There is so much to learn from her. I have learned how to face the camera from her.”

“During the shoot, I used to be so much involved in a particular sequence that many times I forgot to concentrate on the angle of the camera and lost focus. But it never happened with her and she would know where the camera is, even if it’s behind her.”

During a live show on Roposo, the ‘Bhool Bhulaiyaa 2’ actress revealed her interest in family entertainers and why she prefers to do them.

“Of late there has been a conscious drive to do films which are more family entertainers. What is cinema ultimately? You go and you want to forget everything for three hours and rejoice. That’s what I wanted to do.”

Moving ahead in the conversation, she explained her technique of doing emotional scenes: “Do it honestly, don’t fake it. Because, I have noticed and this is for my own performances, the times when I have actually felt it and done it, honestly in that scene, it has clicked with the audience. And I think the camera catches it, so that’s why just be very honest.”

Tiger Shroff has always been infatuated by Shraddha Kapoor

Mumbai– Bollywood action star Tiger Shroff says he is single and has always been infatuated by actress and his ‘Baaghi’ co-star Shraddha Kapoor. 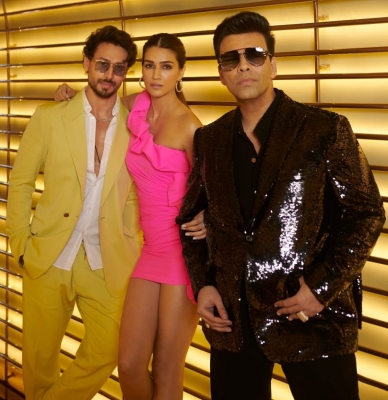 The ninth episode of ‘Koffee With Karan’ Season 7 will feature – Tiger Shroff and Kriti Sanon.

“I am single. I think so at least and I am currently looking around,” said the star.

However, the star did not just stop at the mere acceptance of his singlehood. He also went ahead to manifest a name that very few have linked with him.

“I have always been infatuated by Shraddha Kapoor. I think she is great!” the star said.

On the acting front, Tiger, who made his acting debut in 2014 with ‘Heropanti’, will next be seen in ‘Ganapath’, an action thriller film directed by Vikas Bahl. It also stars Kriti Sanon and will have Amitabh Bachchan in a cameo appearance.

Kartik Aaryan: Thank you Bappa for making this a life changing year

Mumbai– With the Ganesh Mahotsav starting with full zest in Mumbai after a break of two years of the Covid pandemic, actor Kartik Aaryan went for his first ever darshan of Lalbaug Ka Raja, to take blessings. 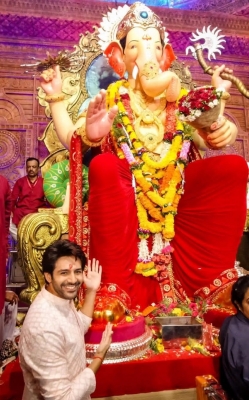 Taking to his social media, he also shared images from his darshan of Bappa as he wrote: “Ganpati Bappa Morya !!!A Blessed to get my first darshan of #LalBaugchaRaja. Thank you bappa for making this a. Life changing year. Aur hope karta hu aap aagey bhi meri saari mannate aise hi poori karte rahe.”

Kartik had an exceptional year as his film ‘Bhool Bhulaiyaa 2’ turned out to be a blockbuster at the box-office.

On the work front, he has an exciting slate of films ahead including ‘Shehzada’, ‘Freddy’, ‘Captain India’, ‘Satyaprem Ki Katha’ and Kabir Khan’s untitled next.

Sushmita Sen roped in for an ‘intense, power-packed’ biopic

Mumbai– Bollywood actress and former beauty queen Sushmita Sen has been roped in as the lead for this intense and power packed script. The prep is on and set to go on floors by the end of this year. 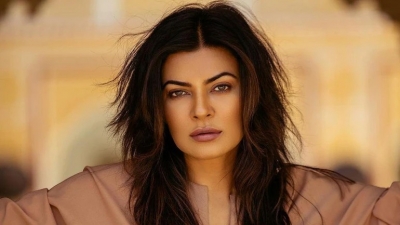 The biopic will see Sushmita in multiple shades, in a never seen before avatar.

Sushmita will be fronting the biopic whose rights have been acquired by Mansi Bagla of Mini Films and ace photographer Subi Samuel’s Bungalow No 84.

Mansi Bagla, Mini Films says: “I wanted to make a big announcement after Forensic and this timing is just perfect. This is my birthday gift to myself. Forensic is still making noise, loved by so many, and now I’m here to tell this thrilling story and who better than Sushmita Sen to play this role, more details on the biopic coming up soon.”

“The day I met Sushmita, I was spellbound by her aura and I can say it now with all my heart, this film will be a superhit.”

The casting and other aspects of the film is in pre-production stage and will go on floors by the end of this year.

Mini Film’s Forensic has garnered high numbers on the OTT platform, Avitesh Shrivastava-starrer Adesh Shrivastava’s biopic is near completion and Bagla has also bagged the rights of a Ruskin Bond story which was widely reported.

Subi Samuel, Bungalow No 84 shares: “I am excited to begin this new journey with two of the most powerful women I’ve met in the industry by far- Sushmita is a brilliant actress and is apt for the biopic and Mansi who’s drive and passion towards filmmaking inspired me to explore it myself.”

Malaika took to her Instagram story, where she shared the flawless picture. In the image, she is seen wearing a black crop top paired with gray sweatpants. The dancing diva pulled her hair back to a ponytail.

Recently, a video of Malaika, who is an avid social media user, and her beau Arjun Kapoor dancing on the number ‘Chaiyya Chaiyya’ picturised on her and superstar Shah Rukh Khan went viral on social media.

As an actress, she has starred in main roles in films ‘Kaante’ and ‘EMI’. Malaika appeared on the television show ‘Nach Baliye’ as one of the three judges. She then appeared on the show ‘Zara Nachke Dikha’, ‘Jhalak Dikhhla Jaa’, ‘India’s Got Talent’, ‘Supermodel of the Year’ and ‘India’s Best Dancer’. (IANS)