Additi Gupta to play a doctor in ‘Dhadkan: Zindaggi Kii’

Mumbai– The promo of the show ‘Dhadkan: Zindaggi Kii’ was launched on Thursday. It deals with women empowerment and issues related to male-centric society.

The show will focus on the story of ‘Dr Deepika’ portrayed by actress Additi Gupta. The actress is known for shows like ‘Kis Desh Mein Hai Meraa Dil’ and ‘Ishqbaaaz’.

In the show ‘Dr Deepika’ has been depicted as a determined woman and the one who challenges patriarchy. She wants to break the set norms of society that makes men superior to women. Be it in the family or workplace. Through her character the daily soap deals with issues related to women in a male-dominated society.

‘Dhadkan: Zindaggi Kii’ is set to premiere on December 6, every Monday to Friday at 10 p.m. on Sony Entertainment Television.

Shilpa Rao: Working with Pritam has always been very special to me

In the past, the two have served some chartbuster tracks like ‘Bulleya’, ‘Subhanallah’, ‘Malang’, and ‘Kalank’ to the audience. Pritam is known for crafting melodies and this time around with ‘Tere Siva Jag Mein’ in Shilpa’s spellbinding vocals, the composer has served an exquisite track for all the music lovers.

Both the singer and the composer share a longstanding association that has manifested itself in successful tracks.

Shilpa spoke about her experience of working on the track, she said,” Working with Pritam has always been very special to me and ever evolving. We started working on this song 3 years back and Pritam had this wonderful idea to do a modern format celebratory track with an Indian classical touch. The song is composed of a well known Hindustani Raag Yaman but the whole treatment is very modern and relatable.”

“I’m sure the audience will enjoy grooving to the track and would love to see all the dance videos. Lastly, I love the fact that this song implies that no matter how far one goes in their journey if their foundation and learning is strong, it shows in their work by adding an extra edge. That is something very special to me,” she adds.

Commenting on her equation with Pritam, she says, “I think the best part about working with Pritam is that he values and respects the amount of hardwork a musician puts in and primarily focuses on making better songs.”

“I think one thing common between us is that we both believe in making a great song by working harder on the music than on the marketing. I feel that is something that connects us and makes us focus on the song,” she concluded.

Ayushmann explains why the silver screen is gold for Indians

Mumbai– The release of ‘Sooryavanshi’ in theatres has reinvigorated the film industry with new energy. 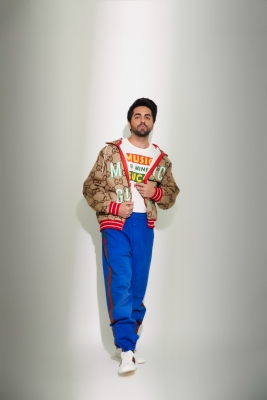 Actor Ayushmann Khurrana, who also has a theatrical release with ‘Chandigarh Kare Aashiqui’, is one happy man and the reason is cinemas finally traversing on the path to recovery.

The actor shares, “So many of my life’s favourite memories are linked to me watching movies in a theatre. I’m feeling really happy that Hindi films are now set to release in theatres and make a big comeback. It is my firm belief that people will come back to the big screen to watch the best cinema and to get an experience like never before. Their decision to walk into a theatre won’t be based on just event films or genres or star cast. It will be based on content.”

Adding to that, the actor feels that the members of the industry have a responsibility to provide memorable experiences to the audience and there can be no better way to do that than cinemas.

He says, “As an industry, we need to give them an experience that they will cherish, that will engage them into having a discussion and most importantly entertain them to the fullest. I’m really confident that we will manage to do that and make movie-watching a community experience again. We are a country that cherishes going to theatres with our families and friends.”

A grown-up Malvika is now back in Bollywood with the film ‘Squad’. She says she wishes Kareena watches her debut film.

Malvika told IANS: “Since it is my first film as a leading lady, it would be such a joy for me if she watches the film and post about it on social media. I love her, and am a big fan. People still recall me as a young ‘Poo’ of ‘K3G’. So I am wishing and keeping my fingers crossed if I see a post from Kareena on my film!”

The film ‘Squad’ which is shot in Belarus, revolves around saving a child and the tussle between two forces.

Asked if her popularity as a child actor helped her to get more film offers now, Malvika said, “No, I think I am starting from scratch because that was one side of me as a child actor people have seen. Now I am a grown-up, I look different, I am learning new skills in acting and working on my craft. This is also the first time I have tried my hand in action. So yes, a lot more to explore and this is just the beginning.”

‘Squad’ releases on Friday on ZEE5.

Parineeti Chopra feels blessed to be shooting in Kargil

Mumbai– Actress Parineeti Chopra is currently in Kargil, shooting for her yet-to-be-titled film. This is the first time that the actress has travelled to shoot amid the snow-clad mountains of Ladakh, and she seems to be absolutely in love with the place.

Talking about her experience, Parineeti said, “I feel honoured and ecstatic to be shooting in Kargil. I always wanted to come here because I have grown up hearing stories from my dad because he works with the Indian Army and to be finally here as an actor is such a blessing.”

However, it’s not all fun and games for the crew on the sets as sub-zero temperatures come with their own set of troubles and many times can thwart the shoot schedule. The actress explains, “The temperature is crazy, we shot in -18 and -12 degrees yesterday and our bottles of water were frozen and the guys with beards on our set had frozen beards.”

“It was crazy to see that level of cold. I have never experienced that temperature before in my life but still feels exciting to be here as an actor and shooting in these beautiful gorgeous locations,” she concludes.

Siddhant weighs in on the ‘insider vs outsider’ debate

Mumbai– Siddhant Chaturvedi, who will be soon seen in the YRF comedy ‘Bunty Aur Babli 2’ as the new ‘Bunty’, has charted a path on his own. 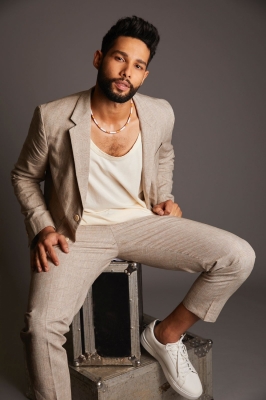 His performance in Zoya Akhtar’s ‘Gully Boy’ made audiences take notice of him and since then there has been no looking back for him. The actor recently shared his thoughts on nepotism and the grind that outside talents have to go through.

The actor says, “It is a known fact that outsiders take way longer to make their presence felt in the industry. I have seen many who have gone through a lot before they were even spotted to do something substantial despite having serious talent. I too have had my fair share of struggles for many years, which I truly cherish, before I got my break.”

He goes on to thank his mentors for empowering him, he adds, “I will be forever grateful to Zoya Akhtar, Farhan Akhtar, and Ritesh Sidhwani for the opportunities they have given me at the start of my career. I would be no one today without their hands over my head. I know I’m one of the fortunate strugglers who have got the attention that we truly deserve. I know of many who didn’t. It’s sad but it’s the truth.”

Commenting on the insider vs outsider debate, he explains, “Yes, insiders do get spotted early, they have it easy to get their first break and also get many more opportunities than the outsiders get. It’s a reality of this industry and every other industry of the world. It’s almost like a law of the land. Nepotism exists and outsiders have to work that much harder to make their presence felt but there’s beauty in that hard work too.” (IANS)