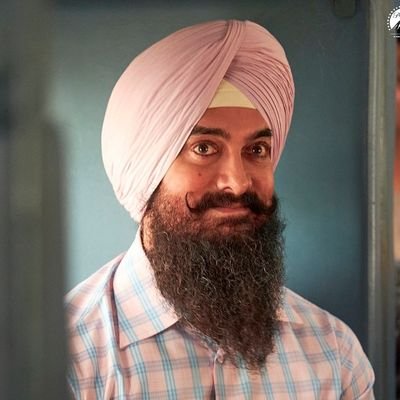 Hyderabad– Aamir Khan’s much-awaited movie ‘Laal Singh Chaddha’ is gearing up for its release on August 11. The movie was supposed to hit the screens on April 14, but the makers made an official announcement regarding the postponement.

Aamir Khan’s production house, which took to their social media handle on Tuesday, made an official announcement, also thanking the makers of Prabhas-starrer ‘Adipurush’ for pushing their release date, to accommodate ‘Laal Singh Chaddha’s release.

The statement by Aamir Khan Productions read, “This is to announce that our film, ‘Laal Singh Chaddha’, will not be releasing on 14th April as planned. This is because we are unable to complete the film in time. The film will now be releasing on 11 Aug 2022 in theatres worldwide. We would like to thank Mr Bhushan Kumar, T Series and Om Raut and the entire team of Adipurush from the bottom of our hearts.”

It further added that Prabhas-starrer Adipurush, which was slated for a release on August 1, has now been moved.

The statement further read, “We would like to thank them for being so helpful and understanding, and for shifting the release date of their much-awaited, Adipurush, starring Prabhas, Kriti Sanon and Saif Ali Khan, so that Laal Singh Chaddha can come on 11 Aug 2022.”

Aamir Khan and Kareena Kapoor-starrer ‘Laal Singh Chaddha’ is helmed by Advait Chandan. The movie is an adaptation of Hollywood hit ‘Forrest Gump’ and will also feature Telugu actor Naga Chaitanya in an important role.

Hyderabad– Being one of the busiest actresses of the south right now, Pooja Hegde is all set for a couple of big releases ahead. 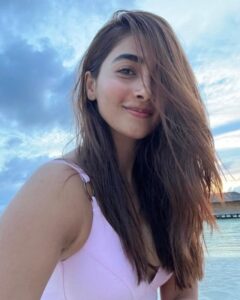 Going back in time, Pooja had stated in one of her older interviews, how she maintains to be in focus, and not get sidelined in movies starring actors whose persona is so much larger than life.

On being quizzed about how Pooja strikes a balance to maintain her glam quotient, and also don’t become just the decoration in a film, Pooja said that that confidence comes from within.

“I think it comes from an inner self-belief”, as she quotes an instance from the Allu Arjun starrer ‘Ala Vaikunthapurramuloo’, “People did talk about ‘Butta Bomma’, and the songs much more than anything else. But, there were a few scenes where I tried to strike a balance, indicating how much importance my role carries, in the story”.

“Also, I go an extra mile, and dub for my movies, even though the language is difficult. Now or later, people will recognize me and my efforts”, the ‘Radhe Shyam’ actress had said.

On being asked about her experience working with Prabas for ‘Radhe Shyam’, Pooja said, “Prabhas is quite a goofy person, though at first, he looked so shy. I enjoyed time with him and felt comfortable to act alongside him. That is why our chemistry in the movie has come out so well”.

Prabhas and Pooja Hegde-starrer ‘Radhe Shyam’ gears up for its release, while Pooja’s appearance alongside Vijay in the movie ‘Beast’ has raised much buzz as well.

Mumbai– Richa Chadha has shared a video flaunting her jaw-dropping transformation. The actress has lost 15kgs in just three months. 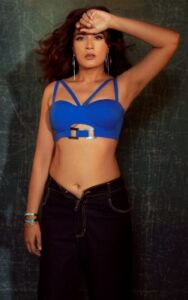 In the clip she shared, Richa also talked about her body weight and the expectations show business has towards actors.

Richa posted a video on her Instagram handle, where she is heard talking about how she has lost and gained weight but there is better conversation that needs to be made.

In a video montage featuring the actress, Richa is heard saying: “Its never easy being in front of the camera, much less for someone who wants to swim upstream. Be vocal or woke. The world is going to tell you there’s a premium on youth. But that is also for public consumption only, na? Your success, failure, public! Won’t matter if you are self-made or self-paid. Everyone has advice. “You’ve gained weight. You’ve lost weight.”

The actress added: “You can lose cartilage, health or sanity over what ends up being a terrible film. And all your well-intentioned effort amounts to be a big fat zero. When you are harassed, people will say it’s a part of your job. Well, to hell with people. This isn’t some before and after montage. It’s me. It’s my body, ever-changing. No literally, every cell, every scar, everything dies and is reborn, every six months. Why not me? Kaun Rokega (who will stop me).”

Alongside the powerful post, the actress wrote: “Assuming that eLove is the absence of judgement”, we’re most unloved by self. Happy Valentine’s Day! .Just wanna confuse the algorithm by posting something “out-of-syllabus” was looking for depth (, , ), with utter disregard for likes and comments. Sometimes you just wanna talk, ya know ? Reframe what romance means to include self.”

Udit Shukla: Portraying a positive role is a new experience

Mumbai– Actor Udit Shukla feels playing a positive character is a new challenge for him. He is seen as Abhishek Pandey in the show ‘Rang Jaun Tere Rang Mein’. 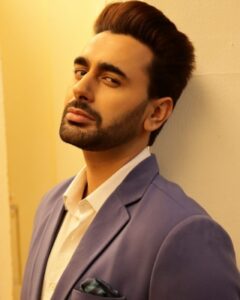 He says: “Personally I love playing negative roles. Previously I actually acted mostly for negative and grey shaded characters only. But for the first time I’m playing a very positive role. In a way I’m enjoying it as it is completely new and fresh to me. It’s a new challenge in my acting career. As an actor I’m always open to putting myself in such challenges and try essaying something new each time.”

Udit, says unlike reel life even in his real life he is very much responsible for his family.

Talking about his role he adds: “I’m playing Abhishek Pandey in the show. He is kind of the backbone and is the support system of the family. He handles the family business. In real life too my family looks up to me. I’m natively from Satna, Madhya Pradesh. My parents are there only. But as I work here in Mumbai, I’m settled here with my wife.”

Udit is known for earlier featuring in shows such as ‘Dhhai Kilo Prem’ , ‘Rangrasiya’, ‘Suvreen Guggal’ among others.

Shreya Ghoshal: SLB’s a magician who understands the art of filmmaking and music

Mumbai– The makers of the upcoming film ‘Gangubai Kathiawadi’ have released a new track titled ‘Jab Saiyaan’ sung by Shreya Ghoshal on Tuesday. The renowned singer has praised filmmaker Sanjay Leela Bhansali and called him a magician who truly understands the art of filmmaking and music. 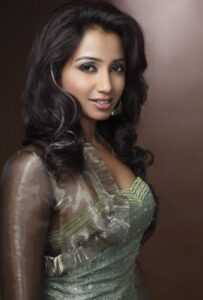 Bhansali has created this beautiful composition with the voice Ghoshal and lyrics penned by AM Turaz. Along with this melodious ballad, the director also introduces Shantanu Maheshwari to portray one of the key characters in the film.

Ghoshal says, “‘Jab Saiyaan’ is one of the most different compositions by Sir. It’s always a learning experience for me everytime I work with him. 20 years of my musical career and I have to thank him for believing in me and giving me my debut. He’s a magician who truly understands the art of filmmaking and music.”

“I am so happy that I am a part of his ‘Gangubai Kathiawadi’ journey as well. ‘Jab Saiyaan’ is definitely a song that will make everyone fall in love once again!”

Produced by Sanjay Leela Bhansali and Dr. Jayantilal Gada (Pen Studios), the film is all set to release theatrically on February 25, 2022.

Mumbai– Bollywood actress Kiara Advani has confessed her newfound craze for K-Dramas and said that she is hooked to ‘Snowdrop’. 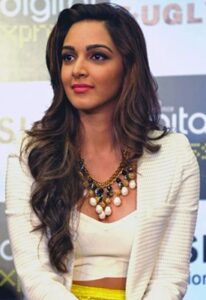 ‘Snowdrop’ features BLACKPINK’s Jisoo and ‘Something In The Rain’ star Jung Hae-in, the 16-episode series explores the forbidden love between a South Korean girl and a North Korean spy during the June 1987 Democracy Movement in South Korea.

Kiara said: “Most of my friends are K-Drama fans and I just had to join the bandwagon! I’m so glad that I came across Snowdrop as I’m completely hooked to K-dramas and the fascinating Korean culture — thanks to this show. Jisoo is a phenomenal actress and her performance in ‘Snowdrop’ is simply outstanding.”

“Her chemistry with Jung Hae-in is to die for and being a huge fan of romance, I think their story in the series is so complex but captivating at the same time. I’m hooked to the show and have blocked my Wednesdays to watch every new episode.”

Directed by Jo Hyun-tak and written by Yoo Hyun-mi, the show also marks Jisoo’s debut as a leading actress. With intriguing characters, outstanding storytelling, and a fantastic cast – Snowdrop, also available in Hindi, is a show that will take viewers on an emotional rollercoaster that is full of excitement, action, and romance.

‘Snowdrop’ is also available in Hindi on Disney+ Hotstar. (IANS)