Mumbai– Actress Aakanksha Singh is all set to play the role of a cop in the upcoming tech-thriller web series “Escaype Live”.

The actress has reportedly trained for three-four hours every day to get the right posture and body language for the role of a cop.

Sharing her experience, Aakanksha said: “I had to really take care of my fitness, as I had to shoot the action sequence just when I was on recovery post my fracture (during the shoot of ‘Mayday’). There was a lot of running and action, and indeed difficult one.”

“My action was designed by veteran action director Sham Kaushal sir. I used real guns to add authenticity to the portrayal. I had a great time and I’m grateful to have worked with him,” she further said.

Apart from the web series, the actress will also be seen in the upcoming Ajay Devgn directorial film “Mayday” where she will feature alongside Devgn, Amitabh Bachchan, and Rakul Preet Singh.

Ranbir’s first look from ‘Shamshera’ unveiled on his birthday

Mumbai– Ranbir Kapoor turned 39 on Tuesday and to treat his fans on the occasion Yash Raj Films shared a glimpse of the actor’s look from his upcoming film ‘Shamshera’. 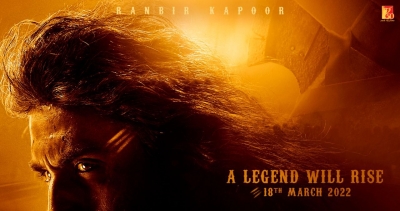 Without sharing too much, the camera focuses on Ranbir’s intense eyes. The actor is flaunting long hair and has a mark on his forehead.

Ranbir has been paired opposite Vaani Kapoor in this action spectacle. Directed by Karan Malhotra, ‘Shamshera’ will also have Sanjay Dutt playing the nemesis to Ranbir’s character.

The actor will also be seen in upcoming films ‘Brahmastra’ and ‘Animal’.

Mumbai– Singer Akasa Singh, who is known for numbers such as ‘Naagin’ and ‘Kheech Meri Photo’, is all set to enter ‘Bigg Boss 15’ as a contestant.

A source from Akasa’s team confirmed the news to IANS and added that they are looking forward to seeing her real self in the show.

The 15th season of the controversial reality show is hosted by Bollywood superstar Salman Khan.

‘Bigg Boss’ for the first time in 15 years went digital with ‘Bigg Boss OTT’. It was hosted by filmmaker Karan Johar.

SRK, Deepika head to Mallorca to shoot a song for ‘Pathan’

Mumbai– Bollywood stars Shah Rukh Khan and Deepika Padukone are jetting off to Mallorca to shoot for a song for their upcoming movie ‘Pathan’. 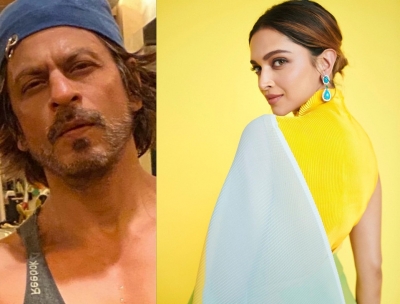 “The aim is to make ‘Pathan’ a visual spectacle that no one has seen before and Siddharth Anand (director) and YRF is leaving no stone unturned to achieve this ambitious goal,” said a source.

“‘Pathan’ team heads to Spain where they will be shooting in a grand destination like Mallorca, Cadiz and Vejer De La Frontera.”

The source added that the team will be in Spain from October 10-31.

“No other Bollywood film has ever shot in these places so audiences, who haven’t been to these expensive and exquisite places, will see them for the first time. Visually these settings will add grandeur and lavishness to the film,” the source was quoted as saying.

Shah Rukh and Deepika will be presented in a never seen before manner in this song.

“When you have two of the biggest superstars of the country, you have to create a visual extravaganza like never before and the makers want to do justice to the pairing they have in ‘Pathan’. It will be a sensational shoot to say the least,” said the source.

‘Pathan’ also stars John Abraham. Other details about the movie are still under wraps. (IANS)