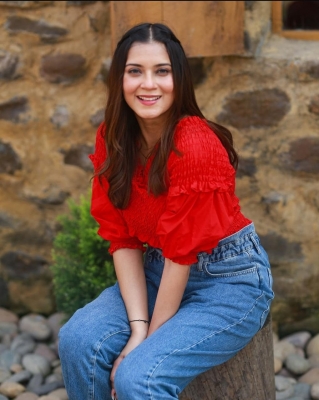 Mumbai– Model and actress Aakanksha Sareen, who hails from Punjab and has been doing films and music videos is set to make her singing debut soon.

She is currently working on an untitled song which is under post production and set to release soon.

Talking about how did the idea of making a singing debut came up she says:”I have been waiting for this opportunity since long. I was very hesitant about it but then I gathered courage and gave my vocal to a song. Making an attempt is itself success for me. Currently working on it which will be out soon. I have given my best and hope it turns out to be the same.”

She briefs about the song, saying: “It’s a soulful melody which is very catchy and strike a chord in your heart. The tune is so beautiful that will keep everyone humming the song. Hope audiences will give the love and support. Anxious waiting for the same.”

Sharing about her journey in the industry she says: “To be very honest,I didn’t faced any big challenge as such. I have been god’s blessed child that ways. My debut song was Happy Raikoti’s ‘Jaan’ and from that I got the chance to do Roshan Prince’s ‘Dil Farda’ which was a major hit, followed further by Ranjit Bawa’s ‘Paune Atth’ and Gurnam Bhullar’s ‘Shaniwar’. After all these projects I never looked back. I have always been respected and I’m blessed to be working in this Punjabi industry.”

Giving her thoughts on gender equality in the showbiz, she adds: “I believe we are getting there with time. Women in showbiz are now getting the respect they deserve. They are getting women centric films as well. The pay scale is also becoming equal to men. The industry is evolving with time. It is a very positive change in the showbiz industry and society in general.”

Mumbai– Actress Sara Khan is upset with the fact that her ex-husband has entered the Kangana Ranaut hosted show ‘Lock Upp’. 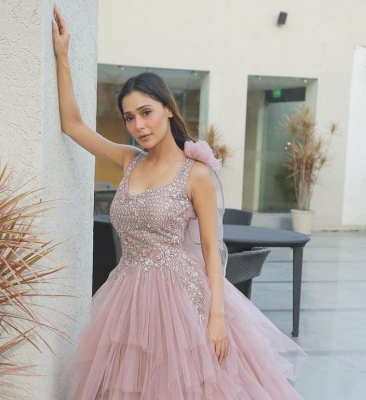 As both Sara and Ali got married on the reality show ‘Bigg Boss’, there were a lot of controversies going around their relationship. In fact, post ‘Bigg Boss’, Ali told IANS in an interview that he had to struggle a lot to establish himself in the industry.

Now as the actor entered the show fans were curious to know how both of them are going to face each other.

But keeping all things aside Sara had a one on one conversation with Ali. She told Ali: “Let’s keep everything in the past. We both have tolerated a lot then but now it’s a new beginning. We both are here to win, let’s make our parents proud. ”

She also mentioned how much she respects and loves Ali’s parents to which Ali agreed and said he does too.

Mumbai– ‘Spy Bahu’ lead actors Sana Sayyad and Sehban Azim share the efforts put by them to get into the skin of their characters. 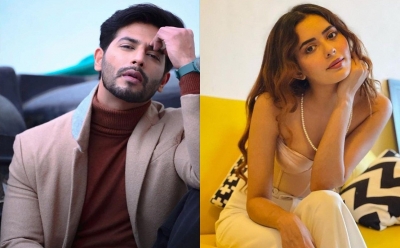 While Sana has to gain muscle weight, Sehban did everything to look slim in the show.

She opens up on her body transformation saying: “As an actor, you must do whatever it takes to get in the zone of your character. I had promised myself to play Sejal’s role with sheer commitment, and if that means gaining weight to step in my character’s shoes, then so be it.”

“To portray the character of a spy, I needed to be fit and look tough and had to go under various physical training. To ensure my personality comes out true to my character I successfully managed to gain muscle weight and I hope my dedication pays off onscreen,” she adds.

On the other hand, Sehban has slimmed down by dropping 8 kilos to achieve the visual portrait of Yohan.

He shares his thoughts on his weight loss: “My character in the show demanded a certain posture due to which I had to lose 8 kgs of weight. I wasted no time in consulting health and nutrition experts to map out my diet chart.

“I had very little time and had to tone down, so I religiously worked out for long hours. It was a tight regime to follow and was so different from my daily lifestyle. But I’m glad to have managed to lose 8 kgs in a short time frame, and I hope our viewers like his look on screen!”

Chennai– Well-known south Indian actress Pranitha Subhash on Tuesday urged her followers on social media to watch ‘The Kashmir Files’, which is based on the true stories of Kashmiri Pandits who were forced to leave their homeland. 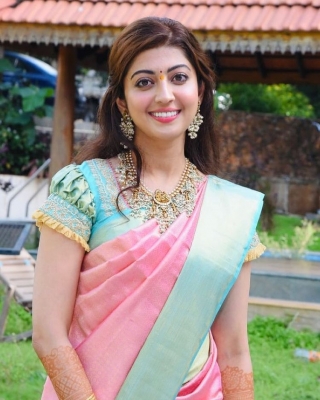 On Instagram, the actress, who is best known in Tamil cinema for her performance in the Karthi-starrer ‘Saguni’, said, “This had to be a post. ‘Kashmir files’ is a must watch for every Indian citizen to learn the heart-wrenching truth of what the Kashmiri pandits went through 30 years ago. My husband and I were left teary-eyed at the end of the movie. Please do watch if you haven’t already.”

Yami, in a tweet on Monday, had said, “Being married to a Kashmiri Pandit, I know first hand of the atrocities that this peace-loving community has gone through. But majority of the nation is still unaware. It took us 32 years and a film to get to know the truth. Please watch and support ‘The Kashmir Files’.

Mumbai– Actress Akanksha Puri shares why she refused to play the lead role in the television show ‘Chotti Sarrdaarni’. 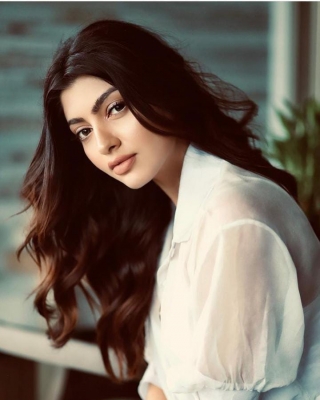 She says: “The love and admiration that you get when you work for daily soaps cannot be expressed in words. When approached for a replacement for ‘Chotti Sarrdaarni’ I was really not ready for it. Even in the past when I left my show ‘Vighnaharta Ganesha’, the show went off air soon. I was the face of the show for three years and a replacement has got it to the end.”

The actress feels that the audience connects with a particular actor in the show who is there for quite some time. Entering at this point won’t do any justice to the show or can anyway be beneficial for her as an actor. This is the reason she declined the offer. Nimrit Kaur Ahluwalia is seen playing the female lead in the show.

She adds: “‘Chotti Saardarrni’ has been a show which has been running from the past few years. It will be really difficult for the audience to accept someone who has replaced that person. I would love to do television in the future but replacing someone is not something I would want to do ever. ” 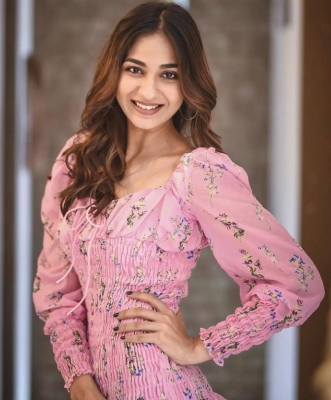 Vidhi said: “I remember my early days starting out as an actor. As a budding professional in the media and entertainment space, there is a lot that one has to prove in order to sustain and be relevant.”

“My family has constantly supported me in my pursuits, and the day I received my first pay check, I celebrated my happiness with my family! It is because of them that I was able to turn my dreams into reality. Even though it was a small amount, it meant the world to me and seeing my parents smile added on to my win,” she shared giving credit to her family for all her success.

Vidhi is seen essaying the character of an aspiring and ambitious television writer Soumya Verma in the show. The actress shared how she relate to her on-screen character.

“While portraying the pay check scene in ‘Mose Chhal Kiye Jaaye’, I felt that I could relate to the scene at a personal level. Right from Soumya’s wish to work for Oberoi Telefilms to receiving her first pay check, the emotions were real. It brought a huge smile on my face. I believe that there is no better feeling than to realise that you’ve made it on your own, and that the only way now, is forward,” she concluded.

Hyderabad– Actress Sonali Bendre is in talks for an upcoming biggie in Telugu, as the news has now caught the attention of all 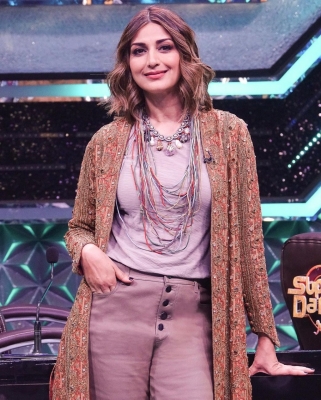 It is reported that Sonali will star in Jr NTR’s untitled movie, which is to be helmed by ‘Srimanthudu’, ‘Mirchi’, and ‘Janatha Garage’ fame Koratala Siva.

The makers want to get Sonali on board, for an important role. So, they seemed to have approached the ‘Manmadhudu’ actress, for which she apparently gave it a nod.

If the news is to be believed, Sonali Bendre is all set to make a comeback in the Tollywood film industry after 18 years. Sonali was last seen in Chiranjeevi’s ‘Shankar Dada MBBS’ before she quit acting in Tollywood.

Now that she is all set to play a pivotal role in the film combination of Koratala Shiva and Jr NTR, her fans can’t get happier.

Sonali Bendre had appeared in super hit Telugu movies like ‘Murari’, ‘Indra’, ‘Manmadhudu’, ‘Shankar Dada MBBS’ and many more. She was well-received by the Telugu audience, but the actress had to move back to Mumbai, as she had started her family.

More details about the project are expected to be out soon. (IANS)