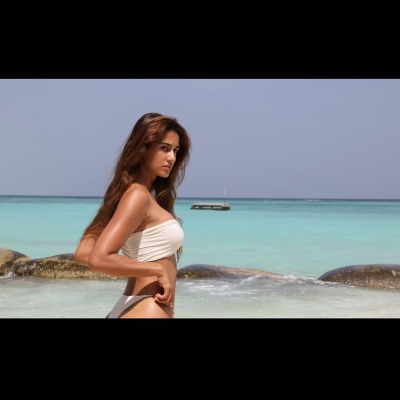 In the image, the actress sports a white bikini, looking away from the camera with the ocean can be seen in the background. The photo seems to be from her recent Maldivian getaway.

“Missing the palm tree and beach emoji,” she wrote as caption.

She is also looking forward to reuniting with filmmaker Mohit Suri on the set of “Ek Villain 2”. The actress has earlier collaborated with Mohit in their 2020 film “Malang”.

Disha will also be seen in “KTina”, produced by Ekta Kapoor. The film also features Akshay Oberoi and Sunny Singh.

Kajol: Always keep the promise you made to yourself

Mumbai– Actress Kajol on Tuesday shared a lesson that the Covid-19 pandemic has taught her. She shared that it is important to keep a promise one has made to oneself.

“Covid lesson 463: Whether you keep your promises to anyone else, always keep the ones to yourself,” the actress wrote on her Instagram story.

Kajol enjoys popularity on social media for her humour, quirky posts and words of encouragement for fans. The actress recently mentioned in a post how the world is changing, post pandemic.

Malaika shares her ‘idea of candid’

Mumbai– Malaika Arora is a blend of oomph and deep thinking in her new Instagram picture, which she posted on Tuesday. 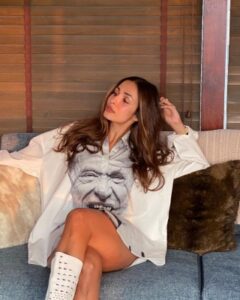 In a set of three pictures, Malaika sits on the sofa in an oversized shirt paired with calf-length boots. She completes her look with minimum make-up and open hair.

“Look to the left , to the right , centre …. jus catch the light ?? @amuaroraofficial u have upped ur photography game??” Malaika captioned the image.

Mumbai– Actress Yami Gautam has taken the method route for her role of a Haryanvi girl in the upcoming film, Dasvi. She is taking lessons in the Haryanvi language as well as honing her dialect, and also working on nuances of body language for the role.

“This is the first time that I will be playing a Haryanvi character on screen. It is a completely different challenge for me,” Yami tells IANS.

“I am currently working on the language. I love taking up new challenges that help me push my creative horizons. I hope I can surprise my audience,” she added about the Dinesh Vijan directorial that also stars actors Abhishek Bachchan and Nimrat Kaur.

Yami has also been roped in for Faraar directed by Aniruddha Roy Chowdhury, who earlier helmed Pink. She will also be seen in Behzad Khambata’s A Thursday, which will mark her debut in the OTT space. She has three more projects in hand.

Mumbai– Actress Sonam Kapoor Ahuja shared a romantic throwback picture on her Instagram page on Tuesday. The nostalgic is from the time when her husband Anand Ahuja proposed to her. 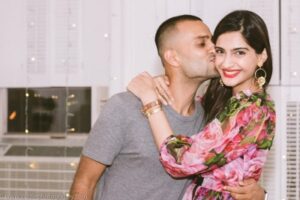 The picture is from their 2017 visit to New York and Sonam is smiling ear to ear as Anand plants a kiss on her cheek.

She captioned the picture as: “Throwback to a wonderful trip where my beautiful husband @anandahuja proposed to me. #august2017 #newyork #everydayphenomenal.”

The couple tied the knot in May 2018 in Mumbai.

Last seen in The Zoya Factor and more recently in her father Anil Kapoor’s film Ak vs Ak, Sonam is currently shooting for her upcoming film Blind. (IANS)