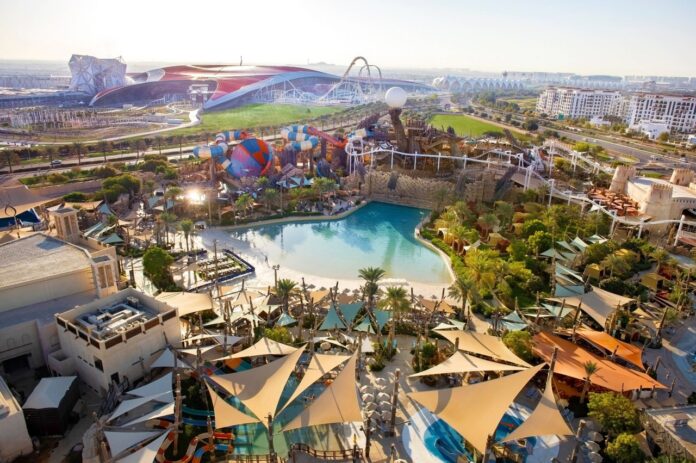 Abu Dhabi– With the stars slated to perform at the 2022 International Indian Film Academy Awards (IIFA), which is being held at the Yas Island here on June 2-4, starting to arrive, the countdown to the 22nd edition of Bollywood’s most prestigious awards event has well and truly started.

At Yas Island, meanwhile, a vibrantly colourful, larger-than-life mural featuring the leisure and entertainment destination’s brand ambassador, Ranveer Singh, has been unveiled. The destination had launched the now-viral ‘Yas Hai Khaas’ campaign in India with Ranveer Singh earlier this year, receiving, according to a media release, “exceptional engagement across social media”, with over 70 million views, as well as achieving 80 per cent of the 2019 website traffic in the first 10 days of the video launch.

In another development, IIFA is all set to roll out the red carpet for the Bollywood couple Abhishek Bachchan and Aishwarya Rai Bachchan. Abhishek will perform at the IIFA Awards on June 4. The others scheduled to groove on stage include Shahid Kapoor, Tiger Shroff, Kartik Aaryan, Ananya Pandey, Sara Ali Khan, Divya Khosla Kumar and Nora Fatehi.

“IIFA is like family to me and it feels good to come back and perform,” Abhishek said. “After being disconnected physically for more than two years, celebrations help us unite,” he added.

Just back from the Cannes red carpet, Aishwarya also expressed her excitement, saying: “It has always been splendid to be a part of the IIFA Awards for years. Undoubtedly, it is the global event that both the Indian film industry and its well-wishers look forward to every year.”

Aishwarya had also joined the IIFA celebrations in 2006, when the event was held in the UAE for the first time.

The IIFA Awards will be held on June 4 with Salman Khan, Riteish Deshmukh and Maniesh Paul as the hosts. (IANS)