Mumbai–Bollywood actress Priyanka Chopra, who was amongst the presenters at the 88th Academy Awards in Los Angeles, made time for a selfie moment with rapper Pharrell Williams. Priyanka presented the Oscar in the Best Film Editing category to “Mad Max: Fury Road” along with Hollywood actor Liev Schreiber at the awards night, which took place at the Dolby Theatre on Sunday.

She took to Twitter after the ceremony to share a photograph with Williams, in which the duo can be seen alongside Priyanka’s team members. “And the gold confetti comes down on us! What an evening! Oscars. Pharrell Williams,” Priyanka captioned the image.

Meanwhile, many Bollywood stars including Kamal Haasan, Anupam Kher and Parineeti Chopra took to the micro-blogging site to congratulate the “Bajirao Mastani” actress for representing India at the prestigious awards ceremony.

Here’s what the celebrities have tweeted:

Anupam Kher: Congratulations Priyanka Chopra for being probably the first Indian to present an award at Oscars. You are the best.

Parineeti Chopra: My sister my sister arghhh. So excited!

Alia Bhatt: And how! Oscars. 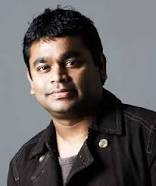 Music maestro A.R. Rahman, who found global recognition for himself after winning two Oscars for his compositions in “Slumdog Millionaire”, got a chance to meet the internationally acclaimed composer Philip Glass during his visit to New York.

Rahman took to Facebook to share a photograph with Glass in which they are seated next to each other.

“Had the honour of meeting the legendary Philip Glass in New York City today (Sunday),” he wrote alongside the image.

Glass is best known for his scores in films like “Kundun”, “The Hours” and “Notes on a Scandal”.

Nostalgia engulfed Bollywood actress Mallika Sherawat when the 88th Academy Awards were underway. She reminisced about her own Oscar appearance which she made at the 83rd edition in 2011.

Mallika took to Twitter to share a few photographs from the past, when she attended the prestigious awards ceremony.

In one image, the actress can be seen flaunting a white gown with a thigh-high slit.

“Remembering my appearance at the #Oscars, great fun! Oscar 2011. Red Carpet,” she captioned the image.

In another photograph, Mallika can be seen alongside Hollywood actress Nicole Kidman.

She captioned it: “Backstage fun with Nicole Kidman Oscars 2011.”

The actress had attended the event with action star Jackie Chan for “The Myth”.

Ace choreographer-filmmaker Farah Khan, who is choreographing songs for Vishal Bhardwaj’s highly anticipated project “Rangoon”, got a “traditional” welcome in Arunachal Pradesh along with the filmmaker.

“Vishal Bhardwaj and I getting a traditional welcome in Arunachal Pradesh. ‘Rangoon’,” Farah captioned the image.