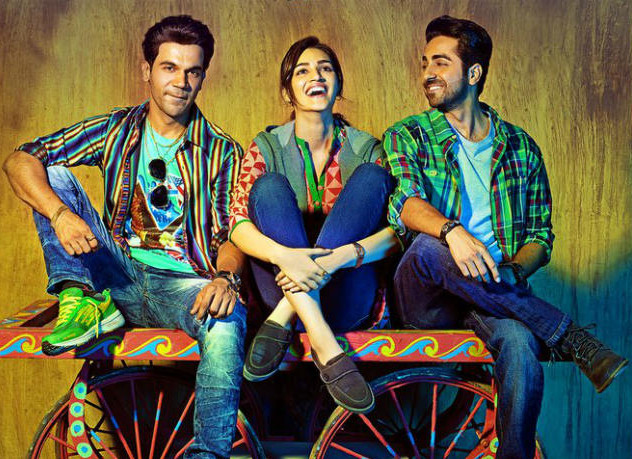 Who better than Salman for ‘Race 3’, says Saif

Mumbai–Saif Ali Khan, who has featured in two instalments of Bollywood franchise “Race”, says who better than superstar Salman Khan to replace him in the third movie.

Ramesh Taurani has reportedly announced that the franchise will move ahead without Saif, and Salman will play the lead instead.

Saif, who was here on Thursday at the launch of the trailer of “Chef”, was asked about the third film in the franchise and the new casting of Salman.

He said: “Actually Ramesh had told me about this last year that he wants to make a new film in the franchise, ‘Race 3’, and wanted to take up a new cast. I love Rameshji and who better than Salman Khan for this. I wish them both very good luck. But I have not been approached.”

Rukh to release pan-India on October 27

Mumbai–“Rukh”, touted as a powerful drama and mystery film starring Manoj Bajpayee, has been set for release on October 27.

Backed by Drishyam Films, it marks the directorial debut of Atanu Mukherjee, and was a part of the inaugural Drishyam-Sundance Institute Screenwriters Lab 2015 and a part of Film Bazaar Recommends 2016.

Its first look and motion poster was launched on social media on Thursday.

“Rukh” is about the journey of a boy rediscovering his lost connections and familial ties, through the secrets and memories he must confront on his way. With a soulful soundtrack by hitmaker Amit Trivedi, the film also boasts of a cast including Adarsh Gourav, Smita Tambe and Kumud Mishra.

Manish Mundra, founder of Drishyam Films and producer of “Rukh”, said in a statement: “‘Rukh’ is a very special film for us since it is a story we have mentored from the start with the Drishyam-Sundance Screenwriters Lab. We are very happy with the way it has shaped up and can’t wait for our audience to see it.”

According to the film’s director, “it is an intimate portrait of a family in flux, inspired from a few real life events and characters”.

“It deals with themes we can all relate to,” said Mukherjee, an alumnus of the Satyajit Ray Film and Television Institute.

“I play the confident, suave, independent and determined miss money bags to the firm ‘Going Viral Pvt Ltd’. My job is to get things done. A Leo in real life and a leader in reel life, was a fun part to play,” Kubbra said in a statement.

Talking about the web series, which will have eight episodes and will go on air on Thursday, Kubbra said: “It’s about the mundane world of making things go viral, the world where social media is the real world. The stuff that happens in our office is crazy, it’s mad, but in our world it’s what needs to be done.

“That is where the humour lies. The characters in the series add to the spice and sweetness to the humour.”

Sharing her working experience with Kunal, Kubbra said: “He is an actor’s nightmare, he is so funny, it’s hard to keep a straight face. In all seriousness, he is a wonderful actor, you get to learn so much from him.”

The NGO aims to empower women and give them liberty to live with respect and dignity.

“Acceptance and love are all that is required for caring and adopting. This message has been beautifully conveyed through ‘Acceptance’ by Sheila Sandhu, who truly believes in selflessly serving society,” Archana Mohan Sharma, President of the NGO, said in a statement.

Sandhu, who earlier produced Seema Biswas-starrer short film “Holding Back” and made her directorial debut with “Acceptance”, said: “It is overwhelming to get support from such people. Archanaji has been living a social life.

“She is on a mission to eradicate cervical cancer and till date has donated more than 30,000 free sanitary towels to under privileged girls and women in rural and urban areas and is creating awareness on importance of menstrual hygiene.”

Mumbai–Unstoppable, unreal and finest are some of the words that Bollywood celebrities have used to describe actor Rajkummar Rao, who turned 33 on Thursday. They have wished him a year full of opportunities and appreciation.

Rajkummar, whose performance in his latest film “Bareilly Ki Barfi” has been lauded, is currently in Poland for a shoot of a web-series on Subhas Chandra Bose. He is on a roll given how the trailer of “Newton” has been received and amidst news that he has been roped in to feature with Aishwarya Rai Bachchan and Anil Kapoor in “Fanney Khan”.

Here’s what the celebrities tweeted for Rajkummar: 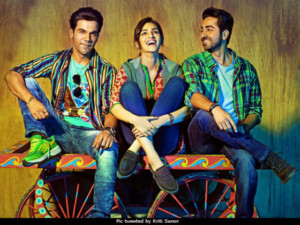 Hansal Mehta: Happy Birthday my dearest RajkummarRao. I’m blessed to have you in my life. Thank you for Shahid, Deepak, Deepu, Omar and Subhash.

Ayushmann Khurrana: Birthday greetings to the amazing actor and super amazing human Rajkummar Rao. Have a great run my friend.

Dia Mirza: Happy Birthday to one of the finest actors of our generation! May you have a year filled with opportunity and appreciation. Rajkummar Rao

Milap Zaveri: Happy birthday Rajkummar Rao May you have a wonderful day and a year full of success and brilliance.

Rakul Preet: Happy bdayyy Rajkummar Rao! May the coming year be filled with more rock solid power packed performances by you. Wish u the best of everything.