Gandhinagar–Gujarat Chief Minister Vijay Rupani on Wednesday declared that the his government would not allow release of Sanjay Leela Bhansali’s “Padmavati” in the poll-bound state.

“There is a lot of sensitivity in Kshatriya and Rajput communities with regards to certain depiction of history. We respect their feelings and with elections on the anvil, the state government does not want any controversy.

Besides that the law and order is also our responsibility, so we have decided that we will not allow release of movie ‘Padmavati’ in Gujarat,” he said.

Rupani also said that the ban was not only limited to the state assembly polls which will be held in December “but till the controversies subside”.

Asked by media whether he had seen the controversial movie or not before taking such a decision, he said that it was not required. “I have met several people who have expressed anguish and anger against the movie. It has hurt their sentiments bad and we respect their point of view.”

“Padmavati”, starring Deepika Padukone, Ranveer Singh and Shahid Kapoor and directed by Sanjay Leela Bhansali, has been in controversy since its making. Earlier, the Karni Sena in Rajasthan had vandalized the sets of the movie during its shooting, protesting the depiction of the queen.

Several organizations across the country have been opposing the release of the movie, whose release has been deferred.

Earlier, Madhya Pradesh Chief Minister Shivraj Singh Chouhan had held that the film had “distorted facts” about Rajput queen Padmavati and would not be allowed to be released in his state, even if it gets censor board certification.

Asked whether this announcement by the Chief Minister of banning the film amounted to violation of the model code of conduct which is in effect in the state, state chief electoral officer B.B. Swain said: “I don’t know. I will have to check the matter and decide.”

I focus on things that matter, says Sonam

New Delhi–Actress Sonam Kapoor says she keeps herself away from the buzz on her personal life in the media by focusing on things that matter.

“By focusing on the things that matter – family, friends, Rheson (her clothing label) and my movies,” Sonam told IANS in an email interview when asked about how she keeps herself away from all the media reports, especially on her personal life.

Rheson comes from the combination of Rhea and Sonam’s first names and is known for its collection that is designed to be quirky, affordable and for daily wear. The brand made its debut this year with a huge expansion plan.

“We are now extremely excited to expand this collaboration by launching Rheson on Shoppers Stop’s exclusive flagship store on Amazon.in,” Sonam said earlier.

On the Bollywood front, both Sonam and Rhea can’t wait for their next release “Veere Di Wedding”. Rhea has produced it, while Sonam is part of the cast along with Kareena Kapoor Khan, Swara Bhasker and Shikha Talsania.

The film is directed by Shashanka Ghosh.

Kapil thanks Big B for making ‘Firangi’ big 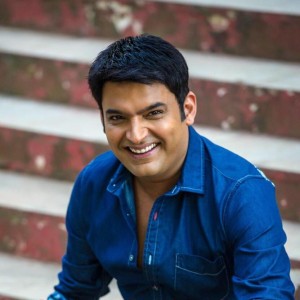 Kapil said Big B has made his film “big” with his powerful voice.

“Dear sir Amitabh Bachchan, thank you so so much. Just saw and can’t explain how big you made our movie with your powerful and dynamic voice,” Kapil tweeted.

“Firangi”, releasing on Friday, is set in the 1920s’ Punjab, and the story revolves around an Indian villager who faces trouble while serving the British government.

It is directed by Rajiev Dhingra and also stars Ishita Dutta. The film was shot primarily in Punjab and Rajasthan.

Actors Taapsee Pannu and Angad Bedi, who are currently in Shahbad, Punjab, to shoot for their next film on Sandeep Singh enjoyed a meal with the Indian hockey player.

Angad and Taapsee took time off and were met with warm hospitality at Sandeep’s house where they were greeted by his entire family, including his brother, wife, parents and kids. Apart from talking about the film, they also spoke about his personal experiences as a professional sports player. The actors were extremely happy with the love they got from Sandeep’s family.

“Going to Sandeep’s place was long due. Luckily, we were shooting in the same area where he lives so we decided to go n meet the entire family in person. Though we had met them before briefly on set, it was a good experience meeting them over lunch.

“They are very warm and sweet family and they cooked some amazing paranthas for us. It almost felt similar to how I feel when I visit my extended family members in Punjab. Smaller cities always have people with bigger hearts,” Taapsee said in a statement.

The film is being directed by Shaad Ali.