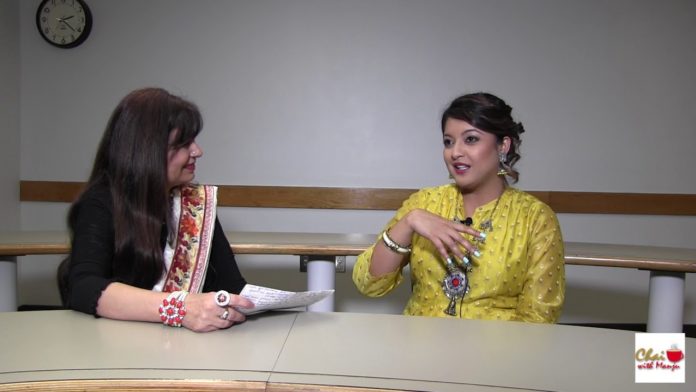 CAMBRIDGE, MA– Bollywood actress Tanushree Dutta, the harbinger of the #MeToo movement in the Indian entertainment industry, believes in destiny and says she is here to play a role in the society.

She was recently invited to speak at Harvard University’s student-organized India Conference, and sat down with Chai With Manju for a video interview and talked talk about her journey, life in Bollywood and of course the #MeToo Movement.

During the interview, Ms. Dutta also talks about a dream she had about Jesus Christ and how that changed her life. In addition, she talks about what gave her the courage to speak up and how did she evolve and change.

To watch the full video interview, please click here or on the image below.

Ms. Dutta has spoken about her personal experience of facing sexual harassment at the hands of veteran Bollywood actor Nana Patekar on the set of “Horn ‘OK’ Pleassss” in 2008. She has also filed a written complaint on the same at the Oshiwara police station in Mumbai.

On his part, Mr. Patekar has consistently denied the accusation. In 2008 too, he had held a conference to dismiss the allegations.

Born in Bihar in 1984, Ms. Dutta is an Indian model and actress who also is the recipient of Femina Miss India Universe title in 2004. During the same year at the Miss Universe beauty pageant, she was among the top ten finalists, according to Wikipedia.