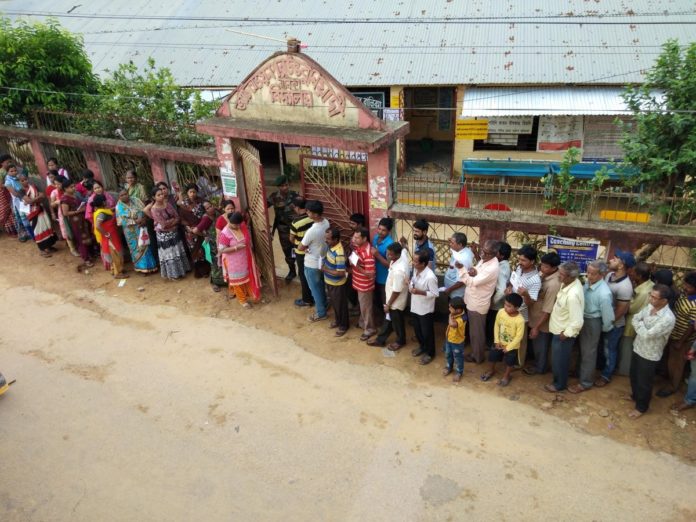 New Delhi–The net approval rating of the Narendra Modi government has dropped 12 points between March 12 and April 12, according to the CVOTER-IANS tracker.

The performance rating of the Central government had peaked in the days after the Balakot air strike on February 26, touching the highest level of 62.06 on March 7.

After remaining in the 50s till March 22, the approval ratings have come down to 43.25 on April 12, a day after the first phase of polls held for 91 Lok Sabha seats.

Exactly a month ago on March 12, the approval rating of the government was 55.28.

The tracker findings are based on survey of people who were asked if they are “very satisfied”, “satisfied to some extent”, “not satisfied” and “Dont’ know/can’t say” about the performance of the Central government led by Bharatiya Janata Party (BJP).

On March 7, 51.32 per cent of the respondents had said they were very satisfied with the performance of the government. However, the net approval rating, taking into account all the responses, has been in constant decline and is settling into the pre-Pulwama levels.

The government’s net approval rating was 32.4 on January 1 and remained between 30 and 40 for the entire month before rising steadily after the mid-February when the Pulwama attack took place which was followed by air strike against Jaish-e-Mohammad (JeM) camp in Balakot resulting in sharp rise. (IANS)