On Sunday, the last day of the festival, the Royal University of Bhutan and Taj Tashi played perfect hosts to the day-long sessions and workshops around Business and Leadership, Buddhism, Natural History and Food.

The day commenced with a traditional performance of “Neyla Dangpa Micha”, by the students of the Royal Academy of Performing Arts, an initiative of Bhutan’s Department of Culture to preserve traditional Bhutanese culture.

The performance was followed by the first session of the day — ‘Speaking Volumes’, which saw acclaimed Indian author and Sahitya Akademi award winner Jerry Pinto in conversation with Tess Lewis, writer and translator from French and German. The duo spoke about Jerry Pinto’s diverse body of work, including translations, crime thrillers and his bestselling books, and the relevance of humorous characters and poignant prose in his works.

The following session “Virtual Memory: Digitising the Past” saw writer and editor Ashi Kesang Choden talk to Pema Abrahams, founder of Project Denjong. The intriguing session discussed digitisation and virtual archives as the means to reach a larger audience in today’s day and age.

In “Fantasy No More: Living in Dystopia”, the audience heard eminent author Prayaag Akbar in conversation with Australian author Markus Zusak, with the former discussing the darker sides to our homes and relationships as it veers between fantasy and prophesy in his highly acclaimed novel “Leila”.

Taj Tashi, the iconic five-star property here, witnessed a series of simultaneous sessions on themes of Business and Leadership. 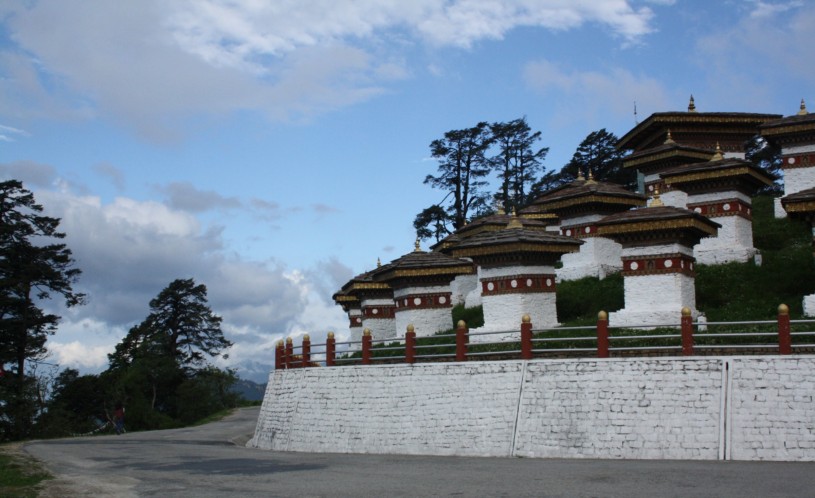 Starting with “Taking The Lead”, the first session of the business capsule, Chewang Rinzin, Director of the Royal Institute for Governance and Strategic Studies; Tshering Cigay Dorji, CEO of Thimphu Tech Park; and Justice Tashi Chhozom, who served as the chairperson of the Royal Judicial Service Council, were in conversation with Mohini Gupta to discuss the present and future of Bhutan’s culture, economy and business, and the key role the youth will play.

The panel discussed how festivals of this nature help in fostering friendship between nations, promote love for reading and knowledge, especially amongst the younger Bhutanese population.

Issues such as how women are still perceived differently than their male counterparts, how they have to work twice as hard to achieve half of what men have to, and fight even harder for their place and recognition, were raised.

The third day of the Festival also engaged audiences with two interesting workshops — “13 Steps to Luck, Wealth and Success” by Ashwin Sanghi, one of India’s most celebrated contemporary authors and “Business Sutra” by Devdutt Pattanaik, leading mythologist and author.

The highlight of the day was “Mistress of Spices”, where TV host and food writer Padma Lakshmi spoke to Barkha Dutt about growing up brown, the kitchen gods that inspire her and her go-to recipes. The self-confessed gastronome explained her philosophy of food and how she translates that into the written word as a food writer.

The day also saw three book launches. “Facts About Bhutan” written by Lily Wanggchuk, and “Echoes of Bhutan” by Barbara and Barry Shaffer were unveiled by the Royal Queen Mother Ashi Dorji Wangmo Wangchuck, followed by the launch of “Adolescence Spirit” by Deebash and Seeksha Bhattarai.

The audiences were delighted with “Romance Aaj Kal”, an entertaining session that saw acclaimed Bollywood director Imtiaz Ali at his candid best. He charmed the audience with his sense of humour, and discussed his growing up years, deep association with theatre, love for writing stories and travels and inspiration as a film maker, with actress and former Miss Bhutan Tshokye Tshomo. Confessing his love for Bhutan, he promised the audience that he will be back soon.

Formally closing the eighth edition of the Festival, Siok Sian Dorji, Festival Co-Director, thanked the Royal Queen Mother Ashi Dorji Wangmo Wangchuck for her personal and inspiring support, and said the festival celebrated the stories that each one of us carry within our hearts.

Set against the stunning backdrop of the Eastern Himalayas, Mountain Echoes Literary Festival is an initiative of the India-Bhutan Foundation, in association with India’s leading literary consultancy Siyahi. (IANS)