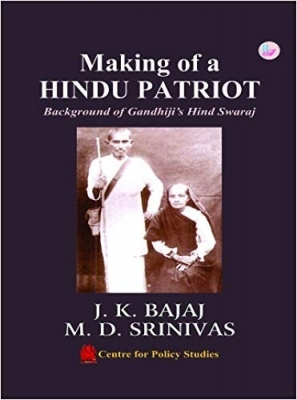 New Delhi–RSS chief Mohan Bhagwat will release a book hailing Mahatma Gandhi as the “biggest Hindu patriot” on the first day of the new year.

On January 1, Modi government ministers Prahlad Patel and V. Muraleedharan will participate in the release ceremony of this book titled ‘Making of a Hindu Patriot’ by authors J.K. Bajaj and M.D. Srinivas, at Rajghat here.

Bhagwat had also released a book in February this year, appealing to build Gandhi’s dream of India. Bhagwat had said, “Gandhiji had many times described himself as a staunch ‘Sanatani Hindu’. He was never ashamed of being a Hindu himself.

Bajaj told IANS, “Gandhiji was a born Hindu, but he became a strong Hindu in the days of his experience in South Africa. What is it like to be a Hindu? He learned this during his struggle in South Africa. Gandhiji openly used to say – ‘My patriotism is increasing and this patriotism originates from my religion’.”

Bajaj said that Mahatma Gandhi refused when Christian and Muslim friends tried to convert him while living in South Africa. During this time he started an in-depth study about Sanatan Dharma which further strengthened his Hindu identity.

The book gives the background of Gandhi’s ‘Hind Swaraj’. There are many interesting details ranging from the development of Gandhiji’s personality and the campaigns he undertook during his stay in South Africa. The book also narrates the story of how Gandhi’s developed ‘Satyagraha’ at the historic meeting on September 11, 1906 at the Empire Theatre in Johannesburg. The chapter titled ‘The South African Jail Diary’ also tells the story of the torture in prison endured by Gandhi and his supporters.

The book also describes the correspondence between the great Russian writer and philosopher Leo Tolstoy and Mahatma Gandhi. The book states that it was Tolstoy who first gave Mahatma Gandhi the title of ‘Hindu Patriot’.

The book claims Tolstoy was a fan of all aspects of Gandhi except his ‘Hindu patriotism’. It also has information about two meetings held in July 1914 during Gandhiji’s arrival from South Africa in which he received the title of ‘Patriot Mahatma’. (IANS)