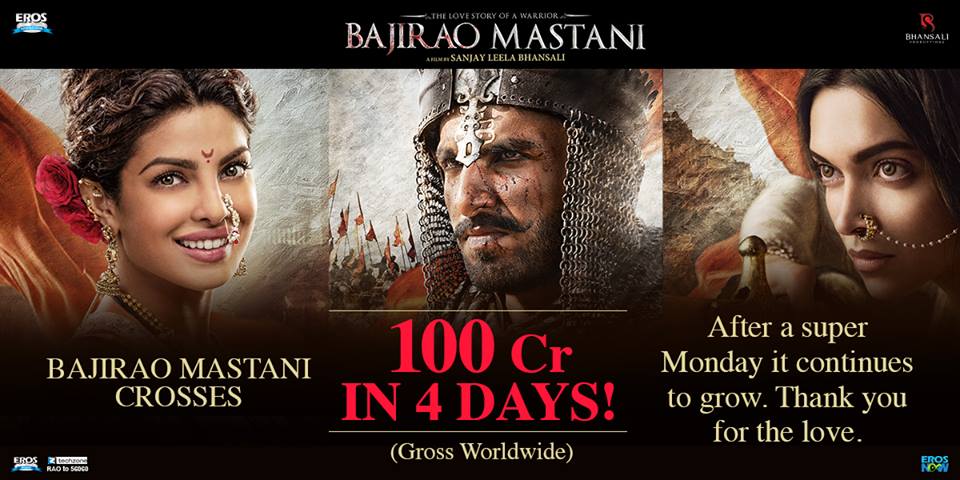 The film, which collected Rs.90.80 crore worldwide in its opening weekend (Rs.60.80 crore in India and Rs.30 crore abroad), managed a strong business of Rs.10.25 crore in India on Monday, thus taking its cumulative total to Rs.101.05 crore, read a statement.

Interestingly, the Monday business of “Bajirao Mastani” in India is more than “Dilwale”, which is directed by Rohit Shetty.

“With #BajiraoMastani overtaking #Dilwale on Monday, it will be interesting to see how they perform over next weekend (December 25-27 ). India biz,” Adarsh tweeted on Tuesday.

“Dilwale” crossed the Rs.100 crore-mark worldwide in its opening weekend itself.