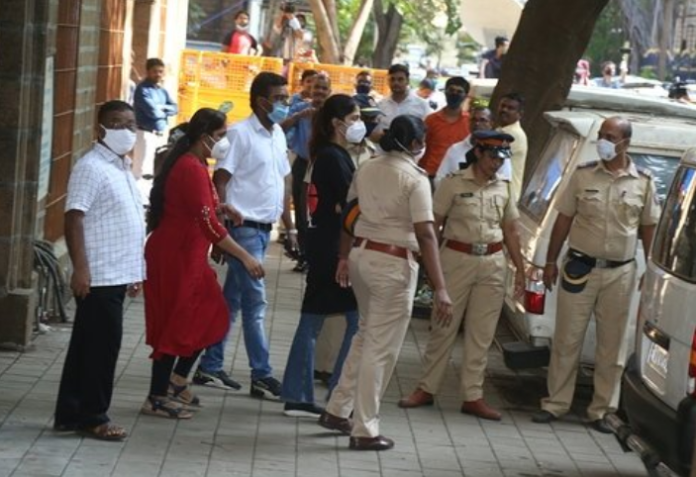 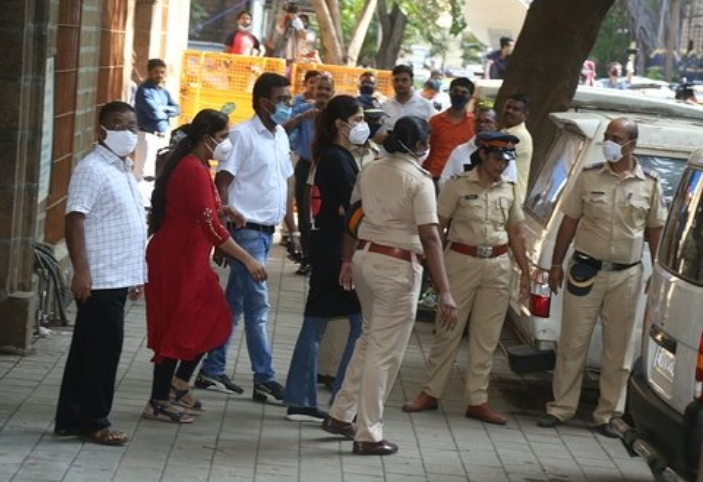 In an anti-climax of sorts, the Narcotics Control Bureau (NCB) on Tuesday arrested Charaborty, but later declined to take her into its own custody and instead sought 14-day judicial custody, which was granted.

The NCB made the sensational arrest shortly after 3.30 pm as part of its probe to unravel the drugs nexus in the film industry, capping three days of tough grilling and intense speculation.

Rhea was charged under NDPS Act Sections 8(C), 20(b)(ii), 22, 27A, 28 and 29, for her alleged role in the drugs angle which has emerged in the investigations into the death of actor Sushant Singh Rajput, said NCB Deputy Director M.A. Jain.

Jain added that whatever information she has given to the NCB was “sufficient for the arrest”, and she was produced in a video-conference before the Esplanade Court Magistrate late on Tuesday evening.

In its six-page NCB remand application, Rhea was described as “an active member of the drug syndicate connected with drug supplies” who “used to manage finances for drug procurement along with Sushant Singh Raput” — without any mention if she herself consumed drugs.

Late on Tuesday night, a Mumbai Magistrate sent her to 14 days judicial custody, after which Rhea’s lawyers moved the same court for bail, which was declined.

Since a woman cannot be taken to a regular jail at night, Rhea is expected to spend the night in the NCB’s lockup while her legal team plans the next move, including applying for bail in a higher court.

Earlier on Tuesday, Rhea — who has all along maintained she is innocent — was quickly whisked off for a mandatory medical test at the BrihanMumbai Municipal Corporation’s LTMG Sion Hospital, and came back to the NCB office for the court hearing.

In a scathing statement targeting the family of Sushant, Rhea’s lawyer Satish Maneshinde termed it as a “travesty of justice”.

“Three Central agencies hounding a single woman, just because she was in love with a drug addict and was suffering from mental health issues for several years under the case of five leading psychiatrists in Mumbai, who ended up committing suicide due to consumption of illegally administered medicines and used drugs,” Maneshinde said.

A day before her much-anticipated arrest, Rhea even took time out — at the height of the NCB interrrogation sessions — to hit back at the late actor’s family by lodging a police complaint against Sushant’s sister Priyanka Singh and Dr Tarun Kumar of RML Hospital in New Delhi and others, alleging forged medical prescriptions.

A Mumbai Police official spokesperson said that the complaint has been lodged with Bandra Police under various sections of Indian Penal Code and NDPS Act, and in line with the Supreme Court orders, the case has been transferred to the CBI for investigations.

The NCB had earlier said that with these arrests, it hopes to “uproot the drugs citadel in Bollywood and Mumbai” amid talk of several more Bollywood personalities coming into the agency’s radar.

Earlier, Rhea was grilled multiple times by the Central Bureau of Investigation (CBI) and the Enforcement Directorate (ED). She was also questioned by the Mumbai Police earlier. She has now finally been arrested by the NCB, nearly 11 weeks after Sushant was found dead at his Bandra home on June 14.

Displaying confidence in her gait post-arrest, Rhea appeared calm and composed as she stepped out of the NCB office to proceed for her medical and subsequent legal formalities.

Till date, the NCB interrogated Rhea for six hours on Sunday, for eight hours on Monday and again for around five hours on Tuesday before placing her under arrest.

Maneshinde said earlier that Rhea has not approached any court seeking anticipatory bail in all the cases foisted by Bihar Police, now with the CBI, ED and NCB. (IANS)