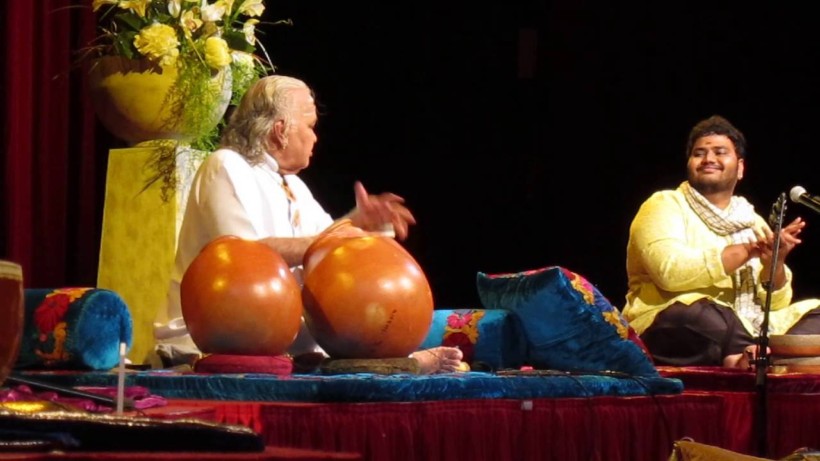 Dhaka–For Grammy Award-nominated Indian percussionist T.H. Vinayakram, fondly known as Vikku Vinayakram, the audience is his award and he performs keeping its taste in mind at every concert.

“For me the award is my audience. Every concert is an award for me… and the audience reaction. Before a concert, I don’t have any plans in my mind before getting on the stage,” Vinayakram, 75, told IANS in an interview on the sidelines of the recently-concluded five-night Bengal Foundation’s Bengal Classical Music Festival.

Along with son V. Selvaganesh and grandson S. Swaminathan, a unique case of three generations performing together, the Padma Bhushan award winner took the third day of the event by storm, giving it a rock concert-like feel and producing heart-racing sounds that got every single person watching the recital on their feet and clapping hard.

Gleaming with satisfaction while mentioning the 3G connect in his family (three generations playing together), Vinayakram said the future of Indian percussion is fine as youngsters are coming back to traditional music.

“The instrument which I play and the one my son plays (kanjeera) used to be called ‘side-mans’. It means you can use it or not. The main instrument is the Mridangam. If you see a concert, you won’t see it without a Mridangam but you can see one without the ghatam. 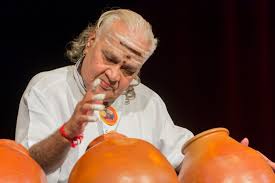 “Now it has all changed. Because of the media, the percussion world has opened now. People have started learning this instrument now and it is getting popular. The youngsters are now Western but when it comes to playing instruments, they are still traditional. It’s like a cycle.

“Maybe in the middle, the focus was more on Western instruments, but it’s coming back now (to Indian instruments). The youngsters are taking it very seriously. They want to keep the culture (alive),” he explained.

It was Vinayakram who popularised the ghatam, so much so that tabla legend Zakir Hussain would always take him along on concerts to play the instrument.

Sitting beside him, Vinayakram’s son Selvaganesh, a former member of the original Shakti, a quintet which combined elements of traditional Indian music with elements of jazz, said he is fortunate to not play the ghatam as it allowed him to be part of the band and rub shoulders with Zakir Hussain.

“Me and my son play the same instrument (kanjeera) but I am lucky because, had I played the ghatam, I would not have got a chance to play with my father and Zakir (Hussain) bhai.

“For Zakir bhai, ghatam means Viku. I got an opportunity to play with Zakir bhai because I am a kanjeera player,” the 45-year old said.

He was nominated for prestigious Grammy Award in 1991.

Divulging 3G’s future plans, Selvaganesh signed off by saying they recently did a concert in Bengalure involving 75 ghatam players.

“They had a group, split for symphony. Overall we want to do that once more and take it to different places with composed music. So that’s the future plan.”