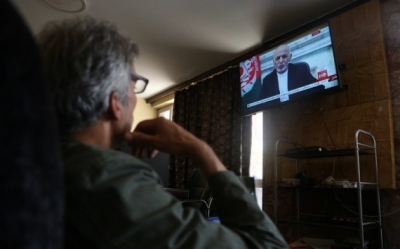 In a recent CBS News interview, Blinken was asked if he had personally tried to persuade Ghani to stay in Kabul.

The Secretary of State said he was on the phone with Ghani on Saturday (August 14) night, pressing him to accept a plan for transferring power to a new government in Kabul.

This government would have been “led by the Taliban but (would have) included all aspects of the Afghan society”, he said.

Ghani told him that “he was prepared to do that, but if the Taliban wouldn’t go along, he was ready to fight to the death”, Blinken said. “And the very next day, he fled Afghanistan.”

The Taliban captured Kabul on August 15 as Ghani flew out of Afghanistan.

“So, I was engaged with President Ghani over many weeks, many months,” Blinken added.

Asked if he did everything he could, the top US diplomat said the State Department was reviewing everything that Washington did, starting from 2020 when former President Donald Trump’s administration made an agreement with the Taliban for withdrawing American troops from Afghanistan.

The review would include “the actions we took during our administration, because we have to learn every possible lesson from the last couple of years” and also from the last 20 years, he said. (IANS)