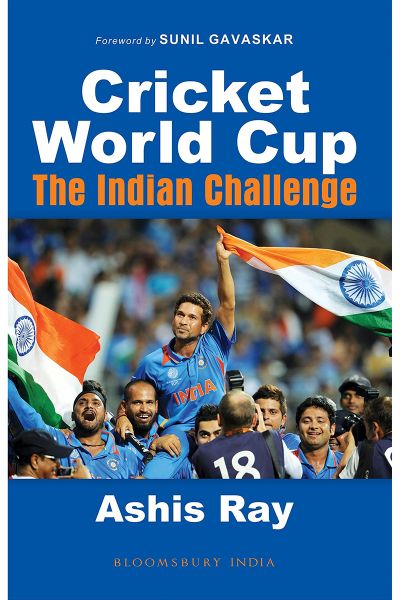 New Delhi–Celebrated cricket broadcaster Ashis Ray has come out with a new book titled “Cricket World Cup The Indian Challenge”, where he has penned down the journey of Indian cricket at the World Cups since the inaugural edition in 1975.

Published by Bloomsbury, the book takes down the readers to the beautiful journey India has witnessed ever since West Indies won the 60-over World Cup held in England in 1975.

The book reviews all tournaments from 1975 to 2015 and also previews the ongoing 2019 World Cup in England and Wales. All matches of India, since the inaugural World Cup 44 years ago, are recorded as well as every semi-final and final regardless of whether India featured in them or not.

It also details the story of India’s turning point in ODI cricket in Guyana when Kapil Dev’s team defeated previously unassailable West Indies in their own backyard in March 1983.

The book consists of nine chapters in total where Ray talks about all the facets of Indian cricket, details down India’s performance in each and every World Cup, and also talks about the controversies whether it be Greg Chappell’s controversial tenure as India coach or the corruption scandal which shook the Indian Premier League (IPL).

It also depicts how MS Dhoni, Sachin Tendulkar and Yuvraj Singh planned India’s road to ultimate glory in the 2011 World Cup at home. It was after all the best gift Tendulkar could have asked for as he played in the showpiece event one last time.

The book ends with a preview of the ongoing World Cup and India’s chances at the 2019 edition of the showpiece event.

He was the only Asian ball-by-ball commentator on BBC’s coverage of the 1983 edition of the World Cup which India won by defeating then cricket giants West Indies at Lords.